It Is Not Going To Make A Difference.

While professionals are dealing with my kitchen countertops, I stumbled upon this:

The US will send the first two NASAMS air defense systems to Ukraine “in the very near future,” a Pentagon official said on Monday. With Russia targeting Ukrainian power infrastructure with missiles and drones, Kiev has lobbied the West for better air defense weaponry. In a briefing to reporters, the defense official said the US has “committed eight NASAMS and associated munitions, and two of those will be in Ukraine in the very near future.” The official also said that Washington would send spare parts for Ukraine’s Soviet-era air defense systems, as well as various counter-unmanned aerial systems. The National Advanced Surface-to-Air Missile System (NASAMS) is manufactured by US defense contractor Raytheon Technologies, and fires AIM-120 or AMRAAM missiles at short ranges to bring down drones, missiles, and aircraft. The US announced in September that it would provide these systems to Ukraine, with National Security Council Spokesman John Kirby stating last month that deliveries would be expedited after Russia began nationwide drone and missile strikes on Ukrainian military and infrastructure targets.

I am not going to elaborate on the fact of the two (or even eight) NASAMS being as effective in 404 as the Band-Aid applied to a dead body of a person who has been just blown up by 155-mm shell, but the US weapons' manufacturers still cannot learn a simple principle of REAL marketing, which is the full confirmation of declared combat capabilities of the system by its actual combat performance. US military-industrial complex is really good at former but somehow continues to miserably fail at the latter. I am on record--US and generally Western Air Defense systems are not on par with Russian ones when taken without consideration of a real fully integrated, deeply echeloned AD system. When taken within it--they are not even in the same vicinity of Russia's national Air and Anti-missile system. In this case it is absolutely clear that the only reason Pentagon tries to "supply" 404 with its systems is to merely see them perform in real war.

But here is the issue on why ALL, without exception, US ground-based AD systems are not really ready for real war. Compare: 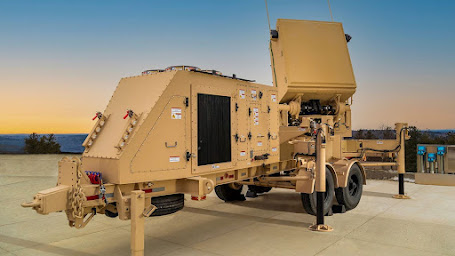 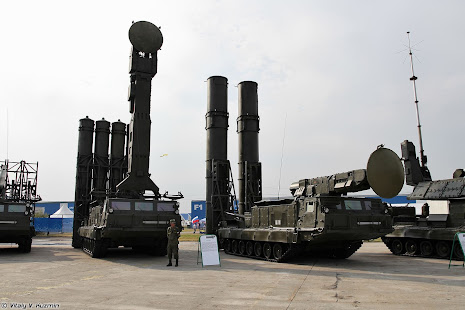 You see this telescopic "thingy" of S-300V? This thingy can extend to the height of 30+ meters and makes sure that low flying targets are detected and tracked. OK, you say it is unfair. Here is Patriot PAC3' latest radar: 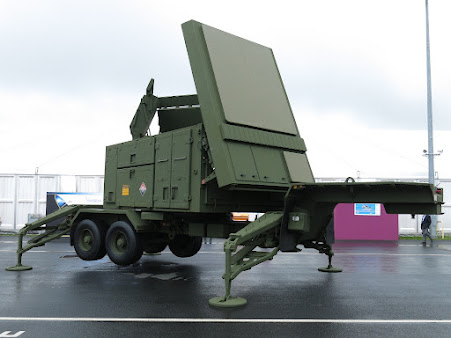 Do you need me now to explain to you why even vaunted and super-pooper Patriot PAC3s couldn't handle this against pretty much home-made slow Houthis' drones? 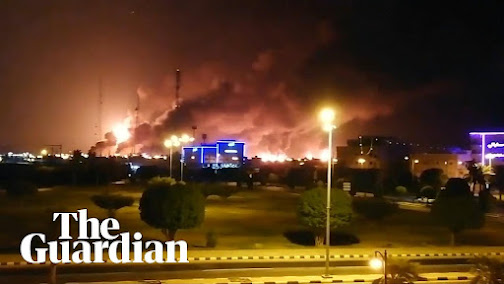 Obviously, the issue is with basic physics and the radio horizon and "blind" zones of air defense complexes. But, evidently, these are not issues which bother designers and engineers of the US air defense complexes for a myriad of whatever reasons. After all, we all know that combined West produces the best weapon systems like... ever. So, the whole idea of the target detection radar with negative elevation (or negative angle from the horizontal),  literally able to look down, is an anathema for those great minds for who it never occurred that some military powers (we will not name them) will have a huge salvo capabilities with... yes, low flying and very fast missiles.

In this particular case, the idea that NASAMS is "distributed" means very little if its doesn't have integrated systems which can provide early detection of low flying targets. Sure, one may think that some E-3 Sentry AWACS may get them and provide targeting data, but in real war this is not how it works. You MUST have fully integrated and fully distributed and sensor-fused (including a multi-band radar) network which the US doesn't have for itself, let alone for 404. You MUST have things such as Nebo-M or Container among many other to be able to fully engage on the modern battlefield. And then there is this other "thingy"--NASAMS uses AIM-120 AMRAAM missile. This is not to say that the practice of adapting different types of missiles for different systems is unique, but it has to be understood that it is not a solution against modern EW and Russia is one of the leaders, if not the leader, in that respect. Even despite butt-hurt spin many try to put on it. But I am on record for years--Russian operational and strategic mind differs drastically from its American counter-part.

So, what is it going to be? Simple--NASAMS will be "deployed" in the "ambush" mode, because once their location is known--it takes only turning radar on--they will be annihilated and that will be it. In general, NATO and US-made weapons in 404 performed dismally and now when some reality of the end of Kiev regime begins to dawn in D.C. it becomes increasingly clear that with the military-political victory comes a technological one. And that's gotta hurt like hell, both morally and, most importantly, financially. But don't tell me that I didn't warn about it.