As I expected, most media and analysts, with some notable exceptions such as The Saker and Tired Optimist (in Russian), among few others, rushed to discuss all possible future power arrangements and possible mechanism of "keeping Putin in power", like forever, after Putin's Address to Federal Assembly. As Nikolai Vasilievich Gogol stated in the conclusion to his The Tale of How Ivan Ivanovich Quarreled With Ivan Nikiforovich,  Скучно на этом свете, Господа (This world is boring (depressing), Gentleman).  Indeed, it is--same ol', same ol', who was who and what will this who be doing if to tweak Constitution this way or another way and what it all means. It is forgivable for Western "analysts" who make their living by public masturbating to political power and interpreting what influence last bowel movement by Adam Schiff may mean in the future power arrangements in D.C., after all, those "analysts" are primarily products of Western "education" in subjects which avoid speaking of particulars, other than merely power arrangements, which actually do change world. It is all akin to discussing GDP measured in US Dollars for a country which produces nothing but debt and is loosing its industry at accelerated rate. Oops, a slip of the tongue...

Putin became such a fixture of the XXI century that at this stage it is simply not necessary to discuss this man's (colossal) role in Russia and global affairs, and for anyone who didn't spent last 10 years under some stone in Tanzania (nothing personal against this fine country) it should be pretty clear that Putin is not leaving Russian and global politics and will stick around for a little while longer until new Russian elite completely emerges and takes control of a country. That much was clear well BEFORE Putin's Address. Yet, like crazy almost everyone got into "predict the new government bureaucrat" and "what it all means" game by avoiding the most important part of Putin's Address--the fact that new social contract was offered to citizens of Russia, an overwhelming majority that is of them. Hm, how this little insignificant thing escaped, say, most Western pundits remains a "mystery" but Encyclopedia Britannica defines social contract in next terms.

Social contract, in political philosophy, an actual or hypothetical compact, or agreement, between the ruled and their rulers, defining the rights and duties of each.

Ah, that's warmer. Now let's take a look at WHAT actually made Putin to go for the jugular of the remaining Western "liberal" economic model of Russia, including by means of removing Prime-minister Medvedev who for a long time now is associated with whatever Neo-liberal element remaining in Russia's economy. Yes, it is always, in the end, about economy. Recall Marxists' Foundation and Superstructure? While incomplete, this duality of economic activity being a foundation influencing the superstructure of culture, political system and other activities is NOT incorrect. Marxists merely failed to recognize the mutual influence of both, but the rough model is correct. Putin removed Medvedev's government because Foundation changed and changed dramatically. It changed dramatically because NEW social contract was badly needed (remember--the influence is mutual), because Russia's economy, or, speaking in broader terms, productive forces changed. They changed in a revolutionary way.

Recall what Russia was economically in 2000. It was a devastated country. Now let me remind you a thing I pointed out to four years ago. Remember?

It was Dmitry Medvedev's, Russia's incompetent liberal Prime-Minister (lawyer by trade), birthday yesterday. I wouldn't even pay attention to this hack's 51st but it was the present which was made to him by Vladimir Putin which really struck me, and very many others, as both a huge hint and, let's face it, affront. The present was also a huge policy statement. Putin gave Medvedev a picture titled "In The Industrial Shop".

I don't think Putin was doing this merely for Medvedev, the message was public and designed to be seen by Russians. They saw, that is why Putin's ratings as a head of state since 2007-08 remained extremely high. 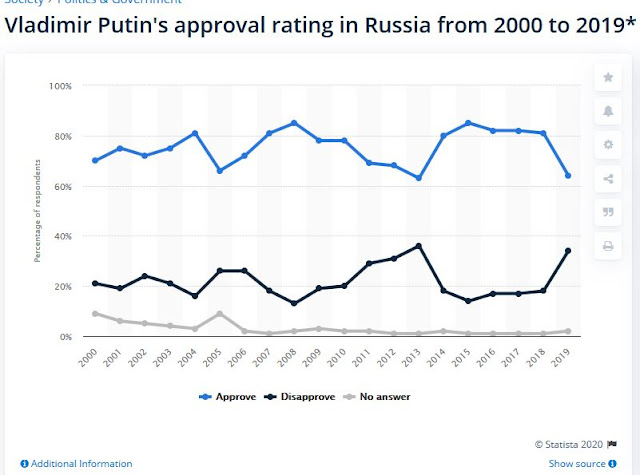 Even when polling was done by hacks. There was no denial that Russians trusted and continue to trust him. But since we are talking here about Russia, not just Putin, something tells me that this has "something to do" with Putin's evolution as a national leader in recognizing that myth of "liberal capitalism" was nothing more than myth and the only serious foundations for a new Social Contract must be only things which are tangible: 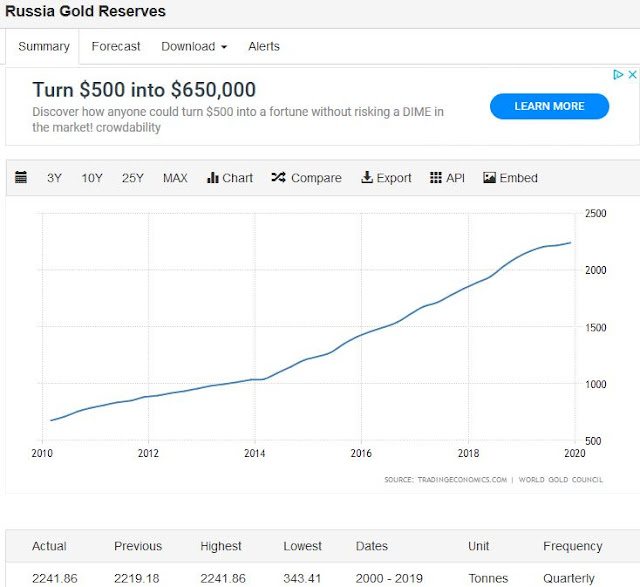 And, of course, one has to remember what happened with Russia's industrial (as in tangibles: oil, gas, processed chemicals, cars, iron, steel, refrigerators etc.) output. Because I do not want to spend another couple of weeks sifting through, often false, data about Russia's REAL economy expansion, I will merely post here the FIRST indicator of real economic growth--a production (and consumption) of energy.  Here is a note from British Petroleum which speaks volumes.

Why am I talking about it? Well, simply put, against the background of West's non-stop warfare against Russia, starting immediately after Putin famous Munich 2007 speech, Russia needed to do three major things, which were precluding any new Social Contract being brought in the open for discussion for reasons of immediate sabotage both from the outside and inside:

1. Return of strategic industries and resources back under the state's control;
2. Decoupling from the Western economies to a degree at which Russia's economic and military security is not compromised;
3. Achieving military superiority.

All three tasks have been successfully completed. Islands of possible (resistance) sabotage and treason have been largely cleared and nation remained loyal to Russian state despite all difficulties she encountered. Russian state today sits on immense financial resources which are both "pay today" and "pay forward" for Russians within new Social Contract. Medvedev's government, while doing moderately good job of accumulating those resources, was not fit to distribute them. Moreover, in defense of Medvedev: considering who and how were educated in his government they DID have a very real, genuine, and, possibly, not entire unjustified fear of runaway inflation which in their mind would occur once gigantic funds are released into National Projects. But removing Medvedev and his government it became clear that Putin moved Russia into the state capitalism territory, Putin became softer (much softer) version of Stalin and that is what overwhelming majority of Russians wanted. In fact, Russians were eagerly anticipating it.

So, what this new Social Contract for Russians is? OK, let' not mince words--it is partial Sovietization of the society. Yes, free higher education, free lunches for small kids, more, more, more in social sphere--kindergartens, better schools, better medicine. Do I read from the Brezhnev's report to the XXV Party Congress? One cannot escape this feeling of deja vu. Do you know that the staple of 1970s Soviet industrial vision, BAM (Baikal-Amur Rail), actually, was already largely completed? Bigger, more massive plans are already in work to expand rail to places in Russia which even Soviet Union dared not to dream about. All that, including what is a direct financial help to most needy which state takes on its shoulders directly. The only difference with USSR? Free enterprise--state has no direct business in retail, restaurants, private transportation services, real estate, unless it is provision of free or subsidized dwelling (and that expansion is in plans too), economy of other services, just to name a few. It is not wrong to let people get richer, in fact, it is desirable and there is a reason Russian liberda and so called "communists" from KPRF are hysterical--obviously Russian state is turning to be better "opposition" than they are themselves.They are hysterical, as are all kinds of trolls and bots. The new social contact is about preservation of people of Russia and I already spoke on this issue before. Let's now wait and see how new Social Contract takes shape in tangibles.
UPDATE 01/20/20.

As if suddenly being hit into head with a hammer, the Foreign Affairs came out with this issue:

Inside it, if one discounts essays by such ignoramuses as Zakaria, one may find even this type of articles:


Capitalism is in crisis. Until recently, that conviction was confined to the left. Today, however, it has gained traction across the political spectrum in advanced economies. Economists, policymakers, and ordinary people have increasingly come to see that neoliberalism—a creed built on faith in free markets, deregulation, and small government, and that has dominated societies for the last 40 years—has reached its limit.

No shit, pardon my French. In Western in general, and in American in particular, political system of coordinates I personally am not in any way related to the so called "Left", I would easily qualify culturally as conservative and economically as fusionist, yet I am writing about so called "capitalism" being in its death throes for years now. The West in general fvcked it up and now a bunch of white board "theorists" are trying to notice that Neo-liberalism is dead. Well, it was dead for some time now, with us all just having to live with the stench emanating from its rotten corpse. But it is funny, no really, how the the main bullhorn of Council on Foreign Relations, somehow noticed that, hey, the shit is in the process of hitting the fan. As they say in Russia, you want to make a whore house profitable? How about, instead of changing furniture, try changing whores.
Posted by smoothiex12 at 2:23 PM