And The Trolling Starts.

On the other hand--why not? As you may have noticed, I didn't write a thing about attack on Saudi oil facilities by allegedly Houthis' drones (cruise missiles?). First, I have no free time to pour over every single piece of text and visual info to do post battle assessment If one is interested, one can easily download Methodology For Combat Assessment (CJCSI 3162.02) and have a go at it. Secondly, there are people who would do a better job than me anyway, such as Bernhard of Moon of Alabama, or my virtual acquaintances from Colonel Lang's Blog. Plus, I don't think that the stream of info on that matter stopped. We may yet hear some more on this operation by Houthis. And then, of course, my well justified lack of trust in Middle Eastern media sources.

One thing which is clear here, if to assume Houthis' salvo (who supplied then with what is a separate matter), is the fact of the failure of the Saudi air-defense (US produced Patriot PAC-2 and ancient Hawk complexes) to do much about this attack. Well, guess what, Russia is ready to pick up a slack, especially against the background of impenetrable wall Russian AD systems created around Khmeimim air base in Syria against precisely the types of weapons all kinds of jihadists are trying to use. Vladimir Putin, being Vladimir Putin simply flat out offered Saudis to buy Russian S-300 and S-400 systems (in Russian). He even quoted Quran. Well, there is an English version now available.

(Bloomberg) -- President Vladimir Putin said Russia is willing to help defend Saudi Arabia by selling it the advanced S-400 anti-aircraft system after major oil facilities in the kingdom came under attack at the weekend, halting half of its crude production. “For self-defense, for the defense of one’s country, we are ready to provide help to Saudi Arabia, the political leadership of Saudi Arabia,” Putin told a joint press conference with the leaders of Iran and Turkey on Monday in Ankara. “It is enough to take a wise government decision, as the leaders of Iran did before, buying the S-300, and as President Erdogan did, buying the latest air defense system, S-400 Triumph,” Putin said, referring to the Turkish president. “They will protect any infrastructure objects in Saudi Arabia effectively.”

I can only imagine the face expression of some people in current US government and legislature when they hear (or read) this. 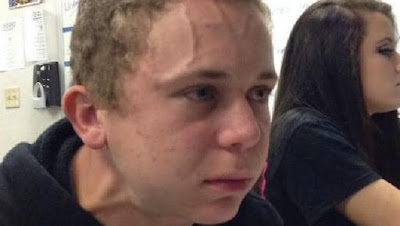 But truth is, we need to be cautious before jumping to the conclusion on who actually executed the attack and if it was, which is possible, a false flag. This thought, of course, doesn't prevent shiny military toys freelance masturbator and self-proclaimed "security expert" Kyle Mizokami already declaring B-2 "Stealth" bomber to be the asset Donald Trump can use to strike Iran. But what if it wasn't Iran behind that? But never mind--there is nothing more nauseating than some dude (or gal) with degree in English Literature, journalism or political "science" waxing "operational" and "tactical". What can possibly go wrong? Ah yes, late Tom Clancy.

As per S-300 and S-400 for Saudis, I don't know--it is, of course, a good business (money-wise) and Russia was in negotiations with Saudis on this matter for some time now. This attack, if it has been done by Houthis, who have all reasons to hate genocidal regime in Riyadh, then Saudis, indeed, may seriously consider switching to Air Defense systems which actually work. This brings us to a second, short point of Bibi visiting his "buddy" Vladimir in Sochi, where, according to many, including Israeli, sources Bibi was warned to stop exercising an illusion that Russia will not shoot down IAF planes if they strike SAA's personnel and facilities.

Netanyahu gets little from Putin in Sochi meeting

So, who knows, but rumor has it that Russia's VKS in Syria intercepted IAF's aircraft on three occasions. Is it true? Possible. Russians seldom advertise their power actions when diplomacy may follow after that. But, I guess, we will learn about all that in a due time. Israeli elections are tomorrow.
Posted by smoothiex12 at 2:10 PM