What Can I Say.

The first rule, a golden one, of the watch (officer) and, in case of ships of such rank, combat informational center, is this: BE CONSTANTLY AWARE OF THE SITUATION AND ACT ACCORDINGLY. The rest, COLREGS, maneuvering boards, collision avoidance means and protocols, professional knowledge of maneuvering characteristics of own ship, navigation--all that comes after constant maintenance of situational awareness by all: electronic, optronic and other means at the disposal. But all this, becomes irrelevant when you are, well, let the press talk:

COPENHAGEN, Denmark — A Norwegian Navy frigate was rammed by a tanker while it was docked in a harbor on the country's west coast Thursday, the military said. The crew of 127 was evacuated amid fears the ship will sink. Eight people on the KNM Helge Instad were slightly injured when the accident occurred at 4 a.m. local time in Sture, north of Bergen, the Joint Rescue Coordination Center for southern Norway said. The military said the ship, which had recently taken part in the vast NATO drill Trident Juncture, is taking on water. Eirik Walle, with the rescue center, told Norwegian news agency NTB that the collision caused an opening in the frigate's hull and "it is taking in more water than they can pump out. There is no control over the leak and the stern is heavily in the sea."The Maltese-flagged tanker, Sola TS, was not damaged and its 23-man crew remained on board. 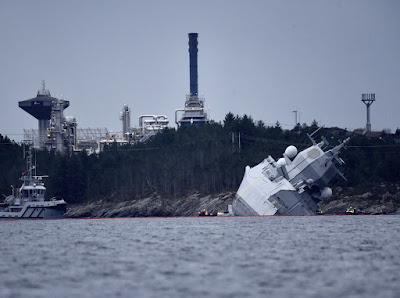 You can see the damage which immediately brings up the issue of: what were they thinking at the bridge of a tanker? Tankers are big, stupid and barely maneuverable. 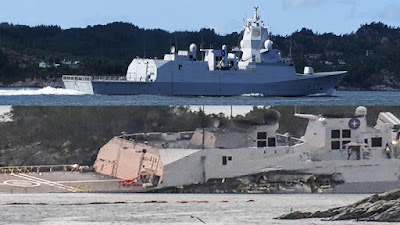 At least nobody died in this 5,300 tons of displacement against 120,000. You know, Geo Metro against 18-wheeler semi fully loaded. Here is this Sola TS. She is big. 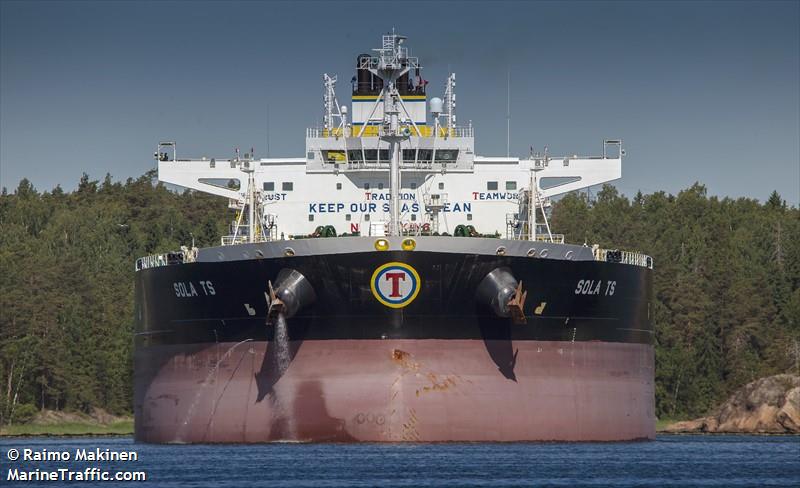 We'll have to wait for more details coming out soon.