Back On Watch (conclusion).

In conclusion what has to be said from my personal impressions:


a) Russians seem to be quite content with West's sanctions and, in fact, many support them. Sure they do, once one considers that Russian made products--food and consumer goods, among many, most of a very good quality--begin to dominate the selves of the  stores.

b) Against the background of events in Ukraine, which looks more and more like a vast mad house, Ukrainian restaurants and even libraries of Ukrainian literature stay open. One of them was located right next to our hotel. 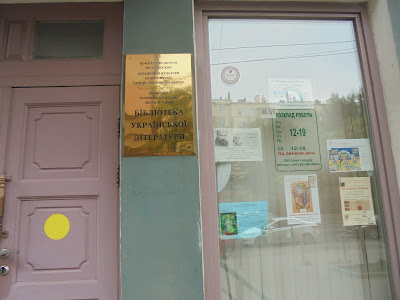 All this while Kiev regime destroys everything Russia-related in Ukraine. Needless to say, for some reason vast numbers of Ukrainians, especially from Western Ukraine flock to work for hated by them Moskals in Moscow, St.Petersburg and elsewhere. Why don't they stay in their highly "European" Lviv or Ternopil but try by all means to get into this "Asiatic" and highly "Non-European" Moscow is a question for Kiev's European and US curators who consider Ukraine to be a "democratic" country.  And here is the issue--is Russia a European country in a sense which normal people perceive Western Civilization? Absolutely! Russian spiritual and cultural root is in Byzantine Christendom and in this sense modern Russia is on the order of magnitude more European than degenerate Europe itself. At least Russians do not perceive European "values" to be that:

This kind of "progressiveness", gladly embraced by European "elites" and by large swaths of European population, can create a very predictable reaction in Russia, most importantly among young people, and it will not be pretty for "transmitters" of such "Western values".  But then again, Russians are so "backward" but it is precisely this "backwardness" which sustains Russia. Indeed, it is inconceivable to view running around public with bare ass and genitalia, proclaiming this to be a value, in the nation which still remembers and treasures her heroes and sacred spirits from millennium ago through present.
If "traditional" European West is to survive as civilization, it is not going to develop the antibodies, which would fight an almost incurable decease, in Brussels or Paris (least of all Paris), the cure will come from the "East", granted, of course, that West will have enough strength (and courage) to call out for help. Will it do it? This is yet to be seen.  US? That is a separate game altogether and I will try to reflect on it soon.