Don't Tell Me I Didn't Warn You.

I am sure Tucker has his by far more impressive sources but his narrative, a correct one, is awfully similar to what I preach for years and, especially so, in my latest book.

As much as I abhor democrats and their policies of utter ignorance, not to mention some outright criminal ones, GOPers are not much better--neither party is capable of competent governing, because neither is capable of correcting catastrophic disproportions and distortions of the American economy. Most of those people do not understand physical economy--they know how to trade, to "invest" at the Wall Street, what model of iPhone is better and believe that monetarism is the answer. This is the extent of their skills. All of them are very good at theories, never mind that those theories from economy, to military, to foreign policy or culture do not work and never worked, and never will work.

They have theories, but very little in terms of practical creation of value, which IS goods, ranging from ore, lumber and cement to food, refrigerators and cars. Look at who IS in charge--most of them are lawyers or white board economists or people directly from finances. This is a vast majority of the US political class and primarily white board academe. They literally do not know shit from shinola. And the situation gets worse, once one looks at the labor force and, especially, new generation, which soon will not be able to organize their own trip from their parents basement to the crapper on ground floor, least of all get on the manufacturing floor running CNC machining center or fixing a ship' diesel.

I warned about it. For years. It is just that it finally came and we are experiencing it as I type it. Want to see US "foreign policy" (foreign--because it is totally foreign to the interests of the majority of Americans), here it is: 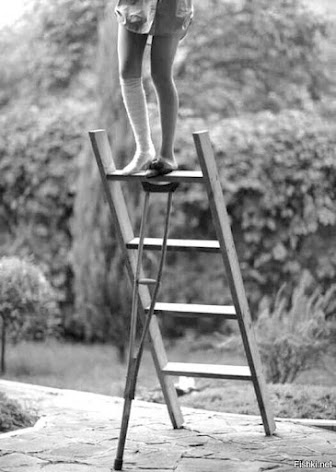 Same goes for everything US "elites" do to the only class of people who still keep the US going--its working class of professionals, from truck drivers, to electricians, to commercial jet pilots and flight attendants, to laborers, to nurses, to dock people in ports, to CNC operators and engineers.  Remove them and the country collapses. But honestly, I was struck with Tucker's rhetoric which I use myself often. The United States, in the end, is my country too, we live here and we can see what the country is turning to. Not only it is becoming a totalitarian society, its economic agenda is suicidal. Everything else follows. These are deep, tectonic processes which matter in the end, once the tinsel BS fake agenda of the US mainstream media is torn down. But, I guess it is a struggle to make people aware about the real situation. Good that many voices are now being raised. This is not some passing cyclic crisis, no--it is an existential one which begins to make Great Depression look like a stroll in the park. Wait until it hits in full force--it will change the face of the United States, if it survives. So, buckle up, because it is not a "supply chain" issue, it is much more fundamental.
Posted by smoothiex12 at 9:44 PM