Russia already operates three of these radar systems in the North, as units of the 45th Air and Air Defense Army of Northern Fleet. Yes, Northern Fleet is more than just a fleet, it is a formation which is a Military District onto itself and as such operates organic forces, such as this 45th Army. Now, TASS reports (in Russian), new Resonance-N Radar will be deployed to Sakhalin. The funny thing about this radar is that it is a meter wave-length diapason (that is HF-VHF per wave-length standard) but, unlike urban myth about this type of radar not being able to provide targeting, this one does and it officially declared as having range on aerodynamic targets of 600 kilometers, ballistic targets--1000 kilometers, and the elevation of 100 kilometers. It detects, tracks and develops targeting on any "stealth" target and hypersonic targets moving with the speed of M=20. They say this is Rezonans: 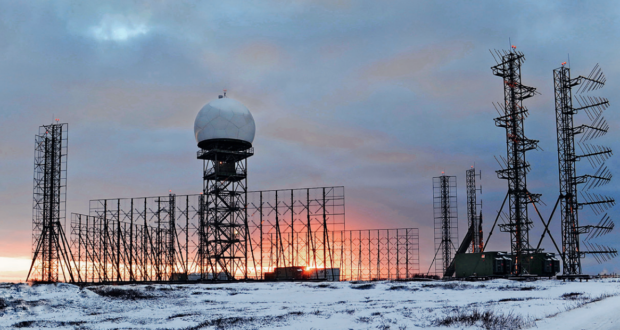 As Western sources reported in 2019:

Carlo Kopp noted in 2010 that the VHF band Rezonans N/NE, which is explicitly marketed as “Stealth Air Target Early Warning Radar.” Like the Nebo U/UE series, it takes 24 hours to deploy and is intended for static long-range air defense applications. Production quantities remain unknown at this time. Unlike the Nebo U/UE, it uses electronic beam steering techniques.

At this stage we all need to stop this charade and cut the bullshit and start using RLOA (RELATIVELY Low Observable Aircraft) because these fairy tales about "stealth" by now have become so tired and beaten to death cliches that it is not even funny. Like this abused verbal stupidity: Stealth Submarines. Really. Well, here is the piece of history, during the reign of Peter the Great, yeah, early eighteen's century, one of the first proposition for crude submarine to Czar was titled as Потаённое Судно, which in English is, well, Stealth (Clandestine) Vessel. Every submarine which ever was built, is in operation or ever will be built is "stealth" by definition. And even these, original stealth weapons, are detectable and in many cases were destroyed. But this verbal, semantic garbage persists--such as "the high rate of speed" (speed IS the rate by definition and the rate of the rate is acceleration, in this particular case) used to describe car chases by journos in criminal chronicles--so is stealth, which long ago, when applied to aircraft, is not an impediment to being detected, tracked and have firing solution developed. I wrote about this so many times.

New types of the anti-aircraft missiles being deployed now for years have active multi-channel warheads totally capable of performing a refined search and lock on target using a very "crude" initial targeting data which gives a "rough" position of target. They are full-blown "shoot-and-forget" weapons and that spells the end for hi-end attempts to cloak aerial targets (aircraft, missiles) against all those L-S-C-X band radar which with modern signal processing and networking see those targets anyway. You may ask, of course, but what about SU-57 or SU-75 Checkmate? Russians still build "stealth" aircraft--yes, they do. It is like an additional scarf and sweater under parka which slightly increase your chances of not being frost bitten or die from cold when you step outside your house in Yakutsk in the middle of Winter. It helps but it only works as a system of measures of a general reduction of physical fields (optical, magnetic, acoustic, radio etc.) which all modern weapon systems have. On the level of such players as Russia it means little for air-defense. You all saw what happened couple days ago in Syria--a shocking proof of obsolescence of West's (Israel is the West in operational sense) weapons. Once ROFAR technology becomes operational, combination of ROFAR, classic radar, optics, passive detection methods and advanced signal processing based on sensors' fusion--they spell the doom to air-combat as we used to know it.

In Russia, tests of a prototype of an active phased antenna array based on radio photonics – ROFAR – have been completed.

That was last year. Now Russia holds new, ARMY-2021 International Military-Technical Forum and some news from it are already interesting.