The Wall Street Journal worries. To such a degree that it felt the need to write about Russia's "Checkmate" (presently also known as SU-75) and quote Rostec's big Honcho Sergey Chemezov.

At Russia’s premier expo for military aircraft in July, Russian President Vladimir Putin inspected a prototype jet that is designed to take on more than enemy fighters. The lightweight stealth plane also is meant to cause geopolitical headaches for the U.S. The LTS Checkmate would be the world’s second single-engine fighter plane to incorporate the most sophisticated radar-evasion and command systems. The only other plane in this category, the F-35, manufactured by Lockheed Martin Corp. , is the most advanced plane in the U.S. arsenal.

Chemezov flatly denies any geopolitical aspect to Checkmate, but he is just being polite--of course there is. While WSJ tries to put a positive spin on F-35 by making risible statements such as this:

The F-35 is in demand internationally, providing Washington a viable defense export that also helps advance U.S. security and diplomatic aims. Israel and Japan are among the 15 countries that have received the F-35 or reached agreements to buy it.

The 800-pound gorilla in the room cannot be ignored: F-35 which is a $100 million a pop combat failure loses outright on three (among very many) points:

1. It cannot fly properly, let alone supersonic, while you can bet your ass on Russian-made combat aircraft of any generation being able to fly, especially on the Izd. 30 engine with thrust vectoring. Do we need to go into discussing how Russian planes fly?

2. The issue of price. This is not even fair to compare.

So, yes, this Checkmate thing is designed to win market while providing a much better combat performance for a fraction of F-35 price. It is GEOPOLITICAL by default because it makes US clientele think twice about what they are buying from the US for their defense needs. Ask Germans, they acted geopolitically:

Germany Doesn't Want the F-35 Stealth Fighter. The Bundestag made the announcement last week and comes as good news for the European multinational Airbus, which had affected by the coronavirus pandemic.

Germans wanted to keep manufacturing on the Continent. Plus, Germans made it patently clear in 2019 that rumors of F-35 "stealth" were grossly exaggerated.

Stealthy no more? A German radar vendor says it tracked the F-35 jet in 2018 — from a pony farm. In the illustrious history of the F-35 fighter jet, add a pony farm outside Berlin as the place where one company claims the plane’s stealth cover was blown, writes Sebastian Sprenger for C4ISR.com.

While there are huge question regarding Europe's ability to compete across the whole spectrum of requirements for the modern warfare with the United States nominally, what one cannot deny is the fact that Europe's problems lie outside the classic nation-state (or military-political block) warfare and they are systemic in nature. Russia is not going to blow Europe to smithereens where she sells her hydrocarbons and even without it--what is Europe's value for Russia? Russians have their own problems with migration, albeit nowhere near as acute as in Europe, so, for now, at least, Europe will stick to her guns, so to speak, and will continue with her own Typhoon program. Those who will not, like Netherlands or Italy, they will have their hands twisted into buying F-35.

But in the end, F-35 is itself a pure geopolitical tool, and always was, when one considers the US "credit history" with competition on international weapons markets. Turkey's precedent with purchasing of S-400 was a massive blow to American confidence and now India is under unstoppable pressure from the US to reverse her decision and, incidentally, a $5 billion contract with Russia for S-400s. In general, S-400, same as any updated S-300 series and other Russian air defense systems and F-35 are not "compatible" because they expose F-35 for what it is, a failure, and this is verboten in American "book". This is where it all crosses into the pure geopolitics and cash, a lot of it. This is not unique for the United States to "condition" the use of own weapons. Let me remind you: 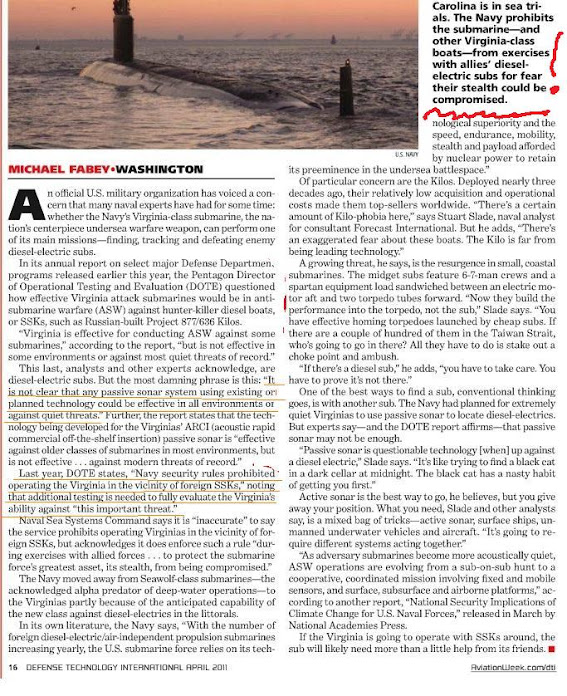 This all is in the open. It always was. Now, when former Soviet and Russian submariners also begin to talk, things get really complicated with the reputation of the America's weapon systems and enablers. If there is a field in which the United States really dropped the ball--it is a field of combat aviation. F-35 is a living proof of it and even massive America's spin machine and perception management "technology" cannot hide the fact of the United States losing a competition where it always claimed a leadership. In this case the appearance of a fighter which merely works for a fraction of the price of F-35, let alone being a very good combat aircraft, which, knowing Russia's propensity for producing good planes consistently, is highly probable, becomes a major geopolitical concern for the United States, because a shitload of money and prestige is at stake here.

And the United States, certainly, doesn't know how to lose gracefully. Can you imagine a media circus when SU-57 will be offered for export, and it will be.

P.S. For WSJ--learn the meaning of the word "advanced" when applied to warfare. Over-engineering and useless features do not apply to what makes things advanced. Combat effectiveness  does.