They Begin To Suspect Something. Like...Again. 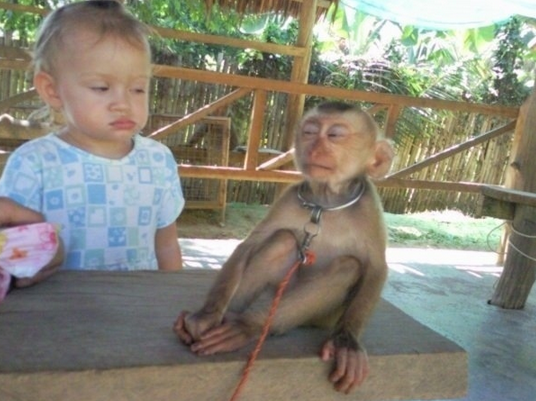 Took them merely a few decades to figure that out. Congressional Research Service prepared the overview of economic sanctions in January this year for 117 Congress and, boy, they finally figured Russia's game out, LOL.

The economic impact of a sanction also depends on the extent to which the target is able to circumvent or adapt to the sanction. The Maduro government of Venezuela, for example,has sought closer economic ties with China and Russia in the face of U.S. sanctions, and the Russian government used its sizeable foreign exchange reserve holdings to support sanctioned firms and focused on creating domestic industries.It is more difficult for the target to find alternative markets when sanctions are imposed multilaterally than when sanctions are imposed unilaterally.

The report is hilarious in a "no shit" or "the hell you say" sense and if Russia's "secret" game (which is in the open since who knows when) was finally "revealed", conclusions like that should give those geniuses in Congress a pause.

Sanctions also impose economic costs for the United States, because they restrict economic transactions in which U.S. individuals and firms would otherwise engage. U.S. business groups have at various points raised concerns that sanctions harm American manufacturers, jeopardize American jobs, and, when sanctions are implemented unilaterally, cede business opportunities to firms from other countries. U.S. sanctions also risk retaliatory measures by the target. For example, the Alaskan seafood industry and Washington State apple and pear producers were negatively affected by Russia’s retaliatory ban on agricultural imports from countries imposing sanctions. Policymakers have expressed longer-term concerns that extensive use of U.S. sanctions that restrict access to the U.S. financial system could erode the status of the U.S. dollar in the global economy. Since World War II, the U.S. dollar has been widely used in international economic transactions, and the United States incurs economic benefits from its widespread use (including lower borrowing rates). The United States has increasingly leveraged the role of the U.S. dollar for foreign policy goals, including restricting access to the U.S. dollar and financial markets for Iran, Russia, and Venezuela. Many foreign governments targeted by U.S. financial sanctions and their economic partners are increasingly exploring and creating ways to reduce their reliance on the U.S. dollar. If countries pivot from the U.S. dollar to alternative currencies, the United States could face higher borrowing costs, among other economic effects.

Serious countries do pivot away from US Dollar and the dedolarization continues to accelerate even as I type this. Even this fresh graph doesn't tell the whole story, albeit it gives a good hint. 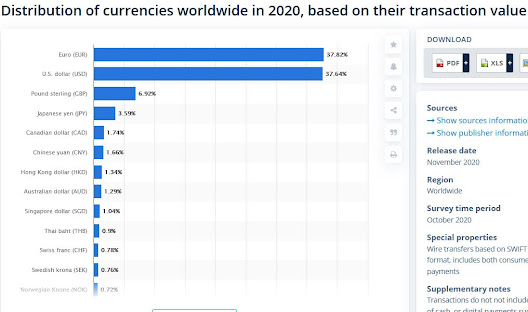 In related news--shooting oneself in the foot hurts like hell. Committing a suicide also has an adverse effect on one's health etc. Make no mistake, all kinds of BS ratings "proving" that the US Dollar is a coolest most widely-used currency will continue to be concocted in the currency-speculation alternative economic universe in the US, but facts are irresistible things, no matter how one tries to spin them:

The US dollar has lost to the euro as the number one currency for global transactions for the first time in nearly eight years, said the Society for Worldwide Interbank Financial Telecommunications (SWIFT). According to Bloomberg citing monthly SWIFT data, the last time the euro was in the number one spot was February 2013.

Moreover, alternatives to SWIFT, let alone mutual trade in respective currencies, are already in place and this cannot be changed other than by the means of a global war. Does the 117th Congress want to try it and see what happens? Russia cannot be contained in any way: economically, financially, let alone militarily. China? Well, the window of opportunities to do so militarily--economically China dwarfs the United States--is closing really fast and if actual military alliance between Russia and China is formed, the United States will simply be pushed to the periphery of global economic activity, most of which is already concentrated in Eurasia. EU, in this sense, is a secondary matter--it will either disintegrate, with some countries choosing economic monster in the East, or it will continue to sink in its own cesspool of shrinking manufacturing and bizarre totalitarian cults ranging from alternative energy to alternative gender (and mental) composition. Simple as that. If they sink, they can go to hell, as Lavrov so explicitly told Borrell on his recent visit to Russia for EU to go fuck itself. Now, those butt-hurt Europeans contemplate how could this barbaric and backward Russia tell EU to go fuck itself.

The European Union's foreign policy chief, Josep Borrell, has said that Russia does not want a dialogue with Europe and has refused to rule out further sanctions on Moscow over the treatment of opposition leader Alexei Navalny. In a statement on Twitter, Borrell said that his visit to Russia "highlighted that Russia does not want to seize the opportunity to have a more constructive dialogue with the EU. This is regrettable and we will have to draw the consequences," he said.

Yes, Russia and EU are "drifting apart" because  Russia doesn't want to deal with a sanctimonious freak-show which Europe has become. If EU will impose new sanctions on Russia, so be it. They were told this on many occasions. Russia will simply counter-sanction EU and will throw more EU businesses out of Russia. Simple as that. I have been a proponent of a new Iron Curtain now for many years--culturally Europe is done and has no future whatsoever and the rotten corpse of once proud Western Civilization poisons the atmosphere. Russia is not into business of saving those who do not want to be saved. Minimal economic activity should be maintained, possibly some bi-lateral exchange, but the rest--Europe is a moral and economic leprosy-afflicted space which has to be isolated and contained. In fact, the events of the last few weeks give a good indication that the process of containment is ongoing. Boy, I wish I knew Chinese (Mandarin) to be able to read Chinese media about what Wang Yi and Lavrov discussed a few days ago, granted it is available for Chinese press. I begin to suspect something... wink, wink.
Posted by smoothiex12 at 1:34 PM