Recall What I Wrote Three Years Ago.

I will comment in depth on this later but one thing which is absolutely clear--STOVL concept in Russian Navy will lead, inevitably, to some sort of a hybrid carrier akin to US Navy's LHA-6 America-class amphibious assault ships but, in Russian case, most likely with greater emphasis on the air-wing and self-defense—even most likely making it closer to HMS Queen Elizabeth carrier of the Royal Navy conceptually. I can already hear sobbing and cries of desperation from all kinds of Russian navalists still enamored with the concept of Alfa-strikes and glory of the flying decks of CATOBAR carriers. I used to be a navalist myself but with the appearance of 4th generation submarines and weapons such as P-800 Onyx, I got cured and transferred from the shining light and inherent goodness of the Battle of Midway romanticism to a dark side of bookkeeping, cynical pragmatism and stand-off weapons. And I mean STAND-OFF weapons and we all know what they are.

Ahem. Just to demonstrate how things are funny in Russia's naval development--and I omit now a confirmed development of Russia's STOVL aircraft--take a look at this guy. From TASS (in Russian).

This is a universal naval complex (UMK) of Varan-class being developed by Nevskoe Design Bureau (in Russian) and it is modular, it is around 45,000 tons of displacement, carries up to 24 combat aircraft and 20 UAVs. This ship made some splash in Anglosphere. Russians do not deny a similarity in approach to LHA USS America.

At the moment there are no similar platforms of “Varan” says Nevsky. The world’s largest shipbuilding companies produce multipurpose LHDs that designed to perform a number of tasks, but there are no multifunctional ships based on a single platform. In terms of displacement, “Varan” can be compared to the U.S. Navy’s America class LHD’s. Currently, the US Navy has two ships – America and Tripoli; another ship, Bougainville, was laid down in March 2019. These LHD’s are distinguished by their big cost, which reaches $ 3.3–3.4 billion per combat unit.

And, when USS America LHA has been commissioned I took a keen interest in this ship since, I knew already in late 1990s that nuclear super-carriers of the US Navy were on the way out as a viable combat platform. Not least due to two major reasons of them being indefensible in the modern battle-space and being insanely expensive. 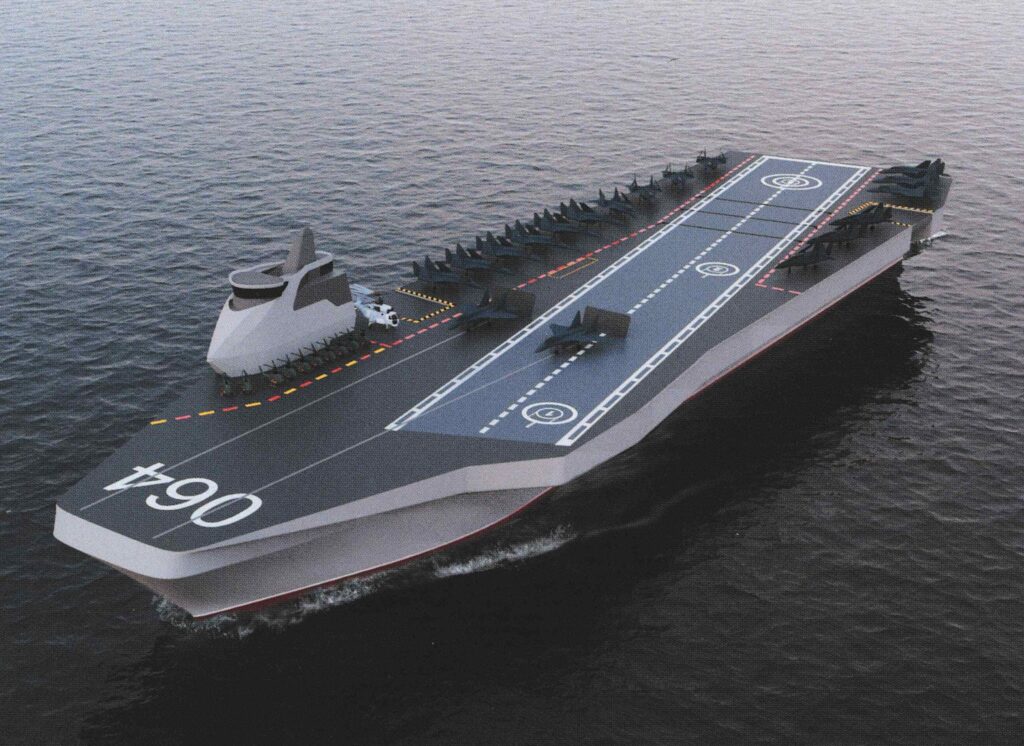 Rendering of Varan
And here is USS America.

She is a handsome ship but she is still very expensive and STOVL F-35B never met expectations, to put it mildly. But the general trend on universality is obvious, especially in the era of a massive remaking of the global power balance and necessity to have "fire crews" out there, including by means of putting boots on the ground and having air-support for them. Obviously, Russia already builds two new amphibious assault ships and the forming of their hulls has already started at Kerch's shipyard Zaliv today, as TASS reports (in Russian). As it is typical for Russia nobody knows exactly what these two pr. 23900 LHAs will be when commissioned, at least for now, they look more like amphibious assault  ships.

A lot depends on STOVL aircraft being ready for them, but as sources in Russia's MoD say those ships will carry S-70 UAVs. Varan, however, looks more like a universal aircraft carrier with some amphibious capability. It also is being developed as an affordable carrier for export and it already has the MiG-29K combat carrier aircraft ready if the project moves ahead. Will it move ahead? I am positive that as an export affordable universal carrier it has a future. As for the Russian Navy, it, certainly, will be building aircraft carriers for itself. If they will be based on Varan concept, for now at least, is a matter of speculations. It is clear, however, that the movement away from American CVN-type mastodons is in progress as it is away from carrier-centric navies, especially in times of hypersonic long-range anti-shipping missiles, which changed the game completely.
Posted by smoothiex12 at 1:47 PM