The Hell You Say. Say It Ain't So.

James Antle of TAC arrives to the conclusion that:

Democrats have inadvertently supplied the template for undermining a future antiwar president.

"Inadvertently"? Really? Well, if one considers a density of lunacy in both parties, that, theoretically, could be somewhat true. But Antle himself makes a very good point after that:

Nobody will be impeached for lying about Afghanistan. There will be no intelligence community whistleblower setting in motion an impeachment inquiry over weapons of mass destruction in Iraq. In fact, the same Nancy Pelosi who ultimately caved to the Resistance shut down antiwar Democrats who wanted such hearings into George W. Bush and Dick Cheney. But here John Bolton, an advocate of preventive presidential war during this very administration, may finally get his wish of being greeted as a liberator.

As I repeat ad nauseam--look who is running the country? Of course, I can wax "Marxist" (in reality it is REAL realism) here, if I need to, all I want but I will invoke here good ol' anti-war wisdom by Bronislav Malinowski (hardly a Marxist) "that like the charity, aggression starts at home". We always have to remember that the American war, an expeditionary warfare with relatively low costs in life for the US that is, while undeniably being a very lucrative affair for many contractors, is also driven by people with all their views, beliefs, misconceptions and even psychological and psychiatric disorders. Consider the Crusades--while there is very little denial of the fact that those were driven in a large part by desire for loot and highly valuable real estate, one cannot discount the issue of faith in them--it was there too and it was manifested on many occasions by and in crusaders. People in charge or near the current US war machine also have their beliefs and disorders. Sadly, many of those beliefs and disorders are extremely dangerous. The further those people are removed from battlefields the more aggressive and hysterical they become.

It is only natural for them, because they convinced themselves that sacramental Samuel Johnson's patriotism is the last refuge of a scoundrel doesn't apply to them. It, however, fully does--most of them (not all, some exceptions do exist) are scoundrels. US forces behind America's disastrous military adventurism are usually people who do not know the difference between the FOB, as in commerce shipping, and FOB as in Forward Operating Base, forget about explaining to them the difference between tactics and operational art, not to speak of combat networks and weapon systems' integration. They have neither mental faculties to grasp it nor are interested because they think that they can control things of which they have no idea. This is in general a psychological portrait of people in US "high places", such as House of Representatives or US media, who unleashed Cold War 2.0 with Russia--they believe in a number of falsities in the foundation of this new Cold War, plus, being petulant infantile children, it is for them the only way to lash out in their not completely internalized and understood, but surely profoundly felt, desperation when things do not go their way. So, behind hysterical Russophobia of the US political elite, the reason of a massive geopolitical assault on Russia as a way to preserve US hegemony is very important but not the only defining factor, by far the most important one is a rotten to the core moral fabric of the American elites or, speaking in plain language, many of them being just self-serving ass-holes. In other words, one has to be a decent man or a woman to make different decisions and have different non-hysterical reactions. US power politics attracts primarily people with a very specific psychological profile--a profile of sociopaths who only see their self-realization through power and aggression, especially if the actual fighting is done by someone else. Plus, they all lie, non-stop. 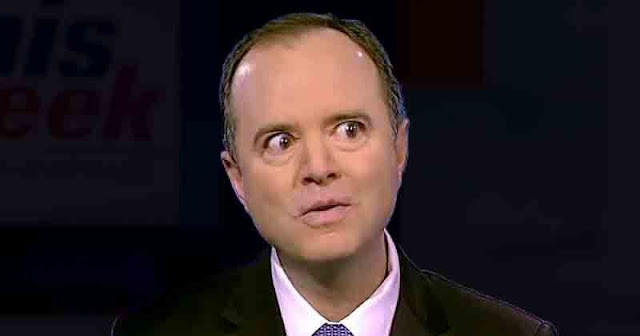 All politicians, everywhere, lie, but it seems that only in the United States as of lately lying all the time became a strict requirement for pass to the power "elite" Parnassus. It is one thing to lie about Russia, but to lie to oneself--this is something new. When even a WaPo--a professional lie-generating organization--is forced to report on Afghanistan catastrophe, that shows how bad things are getting:

The documents also contradict a long chorus of public statements from U.S. presidents, military commanders and diplomats who assured Americans year after year that they were making progress in Afghanistan and the war was worth fighting. Several of those interviewed described explicit and sustained efforts by the U.S. government to deliberately mislead the public. They said it was common at military headquarters in Kabul — and at the White House — to distort statistics to make it appear the United States was winning the war when that was not the case. Every data point was altered to present the best picture possible,” Bob Crowley, an Army colonel who served as a senior counterinsurgency adviser to U.S. military commanders in 2013 and 2014, told government interviewers. “Surveys, for instance, were totally unreliable but reinforced that everything we were doing was right and we became a self-licking ice cream cone.”

Lie permeates the Washington's corridors of power, it is everywhere, it oozes from the pages of news papers and magazines, it is dissolved to a dangerous poisonous levels in the economy statistics, it is being squeezed from non-stop useless public opinion polls, lies penetrated even into decision making levels of military and even manufacturing. No wonder the US can no longer shake off this sticky feelings of things not going right. They don't and it cannot be other way because everything is being fueled by lie. They lied about Iraq, they lie about Afghanistan, they lie about Russia. They need a cover for their gigantic egos and disproportionately puny abilities which feed those egos. And they do it in full consciousness because that is who they are. Once American meritocracy was killed, this outcome was inevitable--the trash moved in. But one cannot lie non-stop and those bubbles of lies, big and small, are beginning to pop practically non-stop. And this popping sound generates more and more aggression in a desperate attempt to prevent popping of the biggest bubble of them all--a myth, which is one of the iterations of lie, of the American omnipotence. Cold War 2.0 in their opinion can give them, as they thought would be with, now completely discredited, Russiagate, at least some new lease on life in their privileged positions. But they are wrong, after all, in that they lied not only to the public but to themselves too. They can not do anything else anymore and release of the papers on Afghanistan and 3-year long exhibition of a collective madness in sabotaging American governance, however inept, and Constitution, illuminated a staggering scale of rot and corruption of the Empire. Now it is just a matter of time before house of cards comes crushing down. Something built on lies in our modern world doesn't live that long. Not to mention when being run by ass-holes.
Posted by smoothiex12 at 9:10 AM