This Is How Victory For Syria May Look Like.

I do not invent anything new here, I merely follow in the wake of Colonel Lang's post. But this is significant, very significant.

ANKARA (Reuters) - Turkey will have nothing left to do in the Syrian town of Manbij once "terrorist organizations" leave the area, President Tayyip Erdogan said on Friday, hours after the Syrian army said it had entered the town. Turkey has threatened an assault on Manbij to drive out the Kurdish YPG militia, which it regards as a terrorist group. Erdogan signaled on Friday that Turkey was not in a hurry to carry out the operation. "In the current situation, we are still supporting the integrity of Syrian soil. These areas belong to Syria. Once the terrorist organizations leave the area, we will have nothing left to do there," Erdogan told reporters after Friday prayers in Istanbul. Earlier on Friday, the Syrian army said it had entered Manbij for the first time in years, after the YPG urged Damascus to protect the town from the threat of Turkish attacks.

I can only imagine this taste of a sweet-sweet victory for war-torn Syria for which, finally, there is a light in the end of a tunnel. It is also a good time to wrap this Western-inspired Arab Spring up. Its costs in blood and treasure for Middle East are horrendous, with hundreds of thousands killed, more wounded or maimed, millions of refugees--this must stop. Kurds in Syria will find no better deal around than with Assad and within unified Syria. And yes, US withdrawal will allow to finish off ISIS in the region. While Pentagon generals and neocon cabal in D.C. agonize, it is to the greatest credit of the American (real) public opinion and, in the end, POTUS himself, that:

The Syria withdrawal affair is a dramatic illustration of the fundamental quandary of the Trump presidency in regard to ending the state of permanent war that previous administrations created. Although a solid majority of Americans want to rein in U.S. military deployments in the Middle East and Africa, Trump’s national security team is committed to doing the opposite. Trump is now well aware that it is virtually impossible to carry out the foreign policy that he wants without advisors who are committed to the same objective. That means that he must find people who have remained outside the system during the permanent war years while being highly critical of its whole ideology and culture. If he can fill key positions with truly dissident figures, the last two years of this term in office could decisively clip the wings of the bureaucrats and generals who have created the permanent war state we find ourselves in today.

Is it finally a time for Trump Coming Alive and draining the swamp of chicken-hawks in D.C. who sacrificed everything there ever was good and noble in America on the altar of greed, dubious loyalties and military adventurism? I, certainly, hope so. I have a very personal interest in this too, you know, if I live to ever see my pension and social security, I dream about getting a small RV and travel American West which I love so much, with family while simultaneously (maybe) writing a fiction novel. This dream may come true only on one condition--United States changing her course in full accordance to Donald Trump's campaign promises which gave so many of us a hope. Syria could be a good start.

Yes, something like this (used, of course, you can get a good one for around 30Ks): 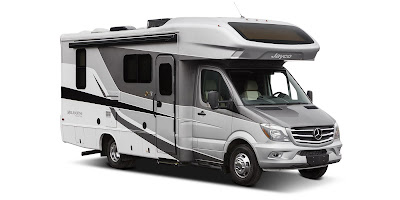 To sit in a view of Mt.Shasta, like here, 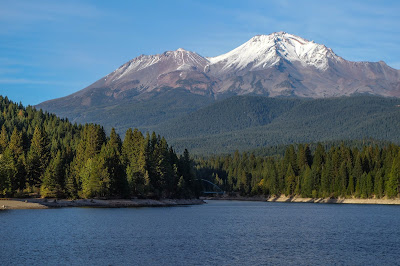 And contemplate (with a cigar and a glass of good bourbon) a human life, trying to find some peace of mind which no money can buy.
Posted by smoothiex12 at 12:46 PM