No, really, these Project 22160 patrol boats did create a shitstorm among Russian naval professionals. I, at some point of time, simply stopped issuing my opinions on the matter and reverted to a pop-corn observer status because this whole thing started to remind me so much of an endless Littoral Combat Ships saga (or acrimony, if one will) in the US Navy. For starters--realistically nobody in public space knows for sure what the hell those combat packages (containers) for 22160 are. Well, except for 3M14 and 3M54 Kalibr family of weapons in those containers. Those who know--they keep silence. There is, however, a consensus that having engines in a single compartment is not a sign of a naval ship--I agree with this. Survivability should be above all. In the same time, it is clear that these corvettes were conceived in the times when Russian Navy after decades of rusting away suddenly started to get so much desired cash flow. People got drunk on so many ideas and decided, hell, why not make some Russian version of LCS in a more modest displacement and dimensions and call this contraption a Patrol Ship.

Ok, these are actually very attractive boats with a good 76-mm gun and decent electronics suite, which immediately makes them excellent picket ships capable for provision of targeting to a whole lot of platforms, plus...yes, killing pirates. Good escort boat for all kinds of a commercial traffic on the seas. 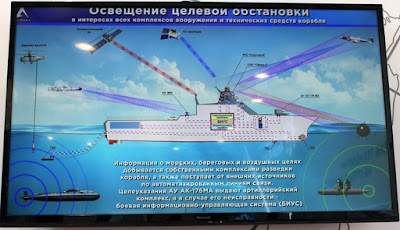 And yes, did I mention those are really handsome boats;)
Here is video (in Russian) on completion of trials of Vasily Bykov (a first hull of 22160) in Novorossiisk yesterday.

And while a shitstorm rages because of these controversial ships, 6 of them (full series) will be finished opinions of many professionals regardless and those, when armed with Kalibrs, anti-mine, ASW and other packages, in addition to their organic helicopter could be of a multiple use, especially in the times of crazy state and non-state actors ready to go to any length to undermine Russia's borders and commerce. BTW, did I mention that they are handsome boats?
So, I guess will see how, obviously US Navy's, late Admiral Cebrowski's idea, which went astray in LCS, will perform in Russian Navy and who knows, maybe Lazarus (those who need to know, they know) will finally find peace and a good empirical argument. Meanwhile, shitstorm continues.
Posted by smoothiex12 at 1:31 PM