Paul Craig Roberts e-mailed me this morning the link to his latest on Russia and Alexey Kudrin based on John Helmer's (whom I do not read--I have my very serious reasons for this) yet another fantasy. Here is PCR's original post, some quote:

If the report below from John Helmer is correct, the implication is that Alexei Kudrin, Putin’s good friend and a member of the Russian government, is a traitor to Russia. The way I read Helmer’s report, Kudrin, a hero to Washington but widely regarded in Russia as an agent of the billionaire oligarchs that Washington and Israel put in charge of Russian assets during the Yeltsin era, is giving speeches advocating that Russia sacrifice its sovereignty and national interests to Washington so that sanctions will be removed and Russian oligarchs can participate in the West’s looting of the rest of the world.

I totally share Mr. Roberts' feelings towards Alexei Kudrin, he is globalists' shill and a despicable human, but I have to state immediately:

1. Lesha Kudrin can pretend whatever he wants about his position but he has NO real levers in formulating any policies. So, he is free to spell out his own opinions any way he wants as a private citizen but he is nobody in the inner circle which sets those policies Kudrin and people like him don't like. We all know that he doesn't like them, and we all, Putin, especially Putin, know what he is up to. Putin most likely knows when Lesha Kudrin goes to restroom and what number, 2 or 1, he is going for.

2. I don't think he is Putin's friend. They know each-other, that's for sure, but friends? I somehow doubt it but it is just me--I merely speculate and have no reliable way to define their relations one way or another.

3. Of course, Mr. Helmer goes to "interpret" very measured and smart response by Peskov where he states that he "only partially agrees with the fact that sanctions...", well you know what? Here is a direct speech by Peskov which is anything BUT what Helmer presents it to be, and I quote "On Friday Peskov encouraged Kudrin’s return to power, defending Putin’s performance “so far” – without rejecting Kudrin’s policy". Encouraged? Really?

Let's see if Google Translate will translate this REBUTTAL to Kudrin before I will translate it. In related news--I know Russian language better than Mr. Helmer. See red in quote.
But, what this whole fuss with Kudrin talking to the collection of Russian fat-asses "industrialists" is all about? Well, methinks (and I merely speculate again) that it has nothing to do with sanctions but has everything to do with Belousov's Proposal for nationalization of super profits by energy, steel and chemistry companies. This Belousov's proposal created a storm among last remaining fat cats and Kudrin, of course, added his frustration to this chorus. Of course, the way Belousov proposed to deal with those so called "industrialists" was not accepted. No, no tax hike. Kremlin came up with better idea--those poor poor dears were offered to invest into the several dozen major national projects and were offered a list of those and most of those malnutritioned and suffering "oligarchs" invested those super profits into the nationally significant strategic projects ranging from transportation to infrastructure, to what have you. You see, Al Capone dictum works really well--one can get much further with the kind word and a gun than with the kind word alone. In the end, the guy at the top in Kremlin used to be a Director of what is considered one of the best, if not the best, spy agencies in history.

So, this Kudrin's activity as well as squealing from all corners of Russian "liberal" media universe, especially such "esteemed" rags as RBC or Kommersant (or Novaya Gazeta)--all lap dogs of anti-Russian globalist cabal, are just hysterical screams of a rapist having his balls tightly in the bench vise and this vise being tightened with every turn of the screw.  Indeed, can you imagine a horror? No new latest Ferrari and Nice villa for some well paid whores serving this so called "industrialists" class. Belousov's proposal was a brilliant play and now we see some results already. I could be mistaken (so, please correct me) but from the top of my head 36 important national projects have been financed through Kurdrin's "friends". You may try (in Russian) to find the actual number of such projects in one of the last month editions here. Of course they are frustrated...

In related news--gigantic news--PD-14 has been certified (in Russian), now it will get EASA cert in 2019. One series engine is already made, by the end of this year another two series production engines will be manufactured and then onto new MC-21. It is a colossal event. 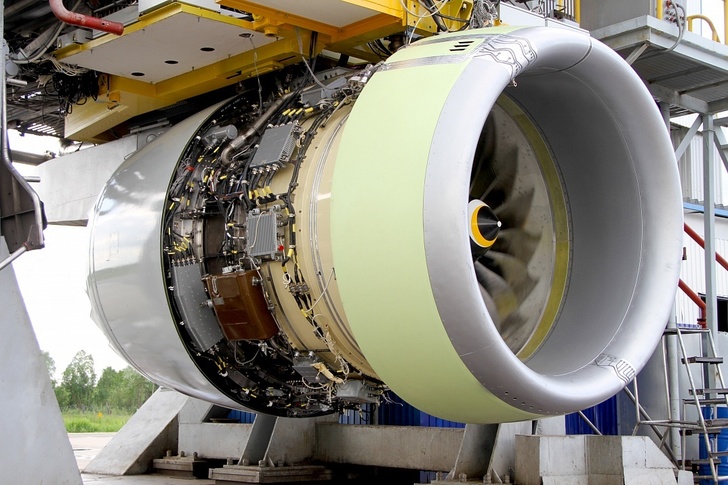