This was in November 2015. But that was just an intention. A week ago an intention started to become practical steps.

Russia Bets On Aircraft From Soviet Past (In Russian).


This development is strategic, to put it mildly. Of course, the cabal of "experts", many of them, and you may have guessed it already, with financial degrees are "skeptical". One of those "experts" went as far as to complain that it is impossible to improve on the air frame developed  in 1980s. He is such an "expert" that he, of course, forgot that venerable and superbly modern Boeing-747-400, a plane currently still in production, goes back as far as...1968. Many object for a reason of 4 engines and economic issues which arise from that. The problem with this reasoning is that those who object they either can only see what is going on in the West or they have no idea that passenger aviation is a bit more important than production of espresso machines. In the end, one can make a decent living on the import of foreign-made espresso machines. For country such as Russia, which has an outstanding history and tradition of commercial aviation, and whose air frames are universally admired, it is a national shame to buy, especially as it was in 1990s-early 2000-s, Western second hand, some of it--dangerous junk.

Currently Russia is producing a fairly successful Sukhoi Superjet-100, which is a regional jet, slow produces a number of other decent commercial jets and she also is getting ready to roll out Irkut MC-21. This plane is a wowser. This will be a first serious attack, initially primarily on the internal Russian market,  on the niche which currently is occupied by B-737 MAX and Airbus A321 NEO.  With firm orders for this aircraft topping 200 and PD-14 engine having very successful trials, the implications are obvious. MC-21 is a thoroughly Russian aircraft, albeit capable of being equipped with Pratt & Whitney engines for prospective foreign buyers, who are more used to P&W. As real experts point out:

The MC-21 has its own profile. It is not a copy of a Western aircraft. It has a wider cabin than the A320, a wing which allows a higher cruise speed and a higher capacity in its base variant, the MC-21-300.

And while MC-21 development is not without its share of problems and delays, it seems that 2016 should be the year when this jet will  make its maiden flight. 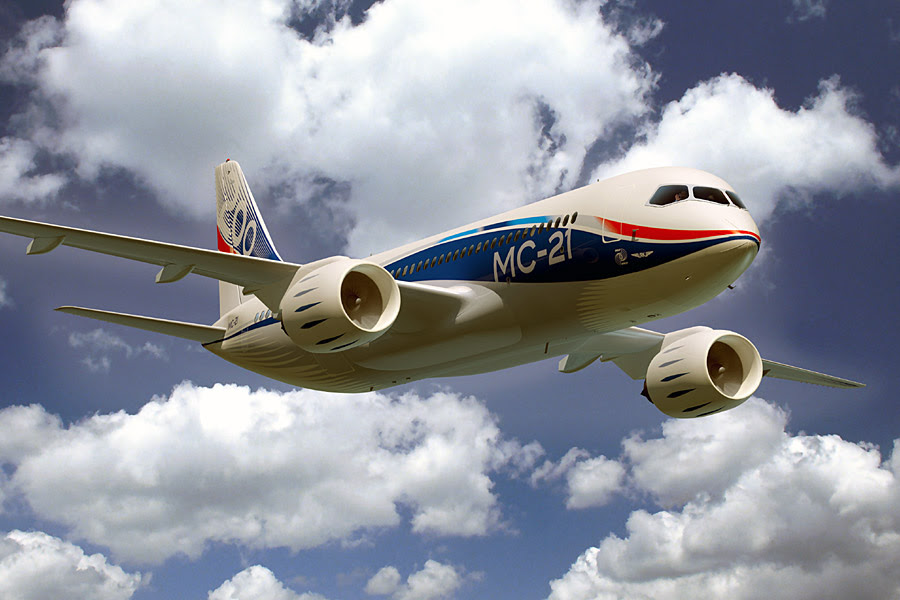 Russia is a country created by nature for commercial aviation--11 time zones, vast spaces, huge distances between major urban centers. And in late 1980s, early 1990s Russia had her own jumbo. The world knows it by its slightly shortened 300 version of President Of Russian Federation Ilyushin IL-96 300 Rossiya.

Its commercial version IL-96 400 is used by Aeroflot and Cubana. These are magnificent planes. 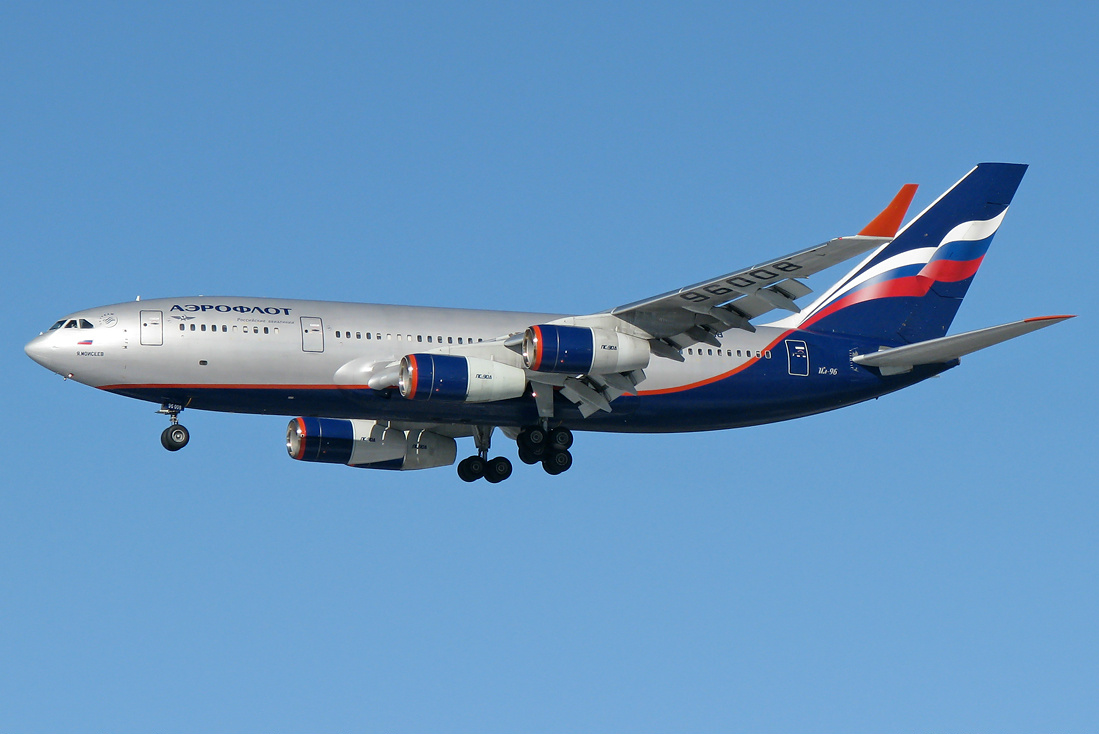 The way Russian aerospace industry was being destroyed by the so called "reformers" in 1990s can only be described as economic state crime. It is nothing short of miracle that Russia's aerospace not only survived but is finally poised to break out into the vast Russian commercial flight market and it seems that this will be done with state-of-the-art jet aircraft, including, finally, a wide body ones. There is no doubt that new iteration of IL-96s will be updated with composites where it is needed, the older glass cockpit will be updated to the newest ones by KRET and, in foreseeable future, by newest engines. These aircraft have a very bright future in Russia and are genuine tough competitors to Boeing and Airbus on Russian market. It is a very healthy development for Russia, economic nationalism is the way to go for real recovery. In the end, none other than Donald Trump embodies this vision in the US and good for the US, I say, if this vision becomes a set of policies--it is certainly happening in Russia.

No amount of financial manipulations or speculation ever produced anything of value, it only destroys. Building things is a completely different proposition and money must be in the subordinate position to these higher goals, not define them. Otherwise we will have what Russia was in 1990s or what US has become today--a market of office plankton and entry level service jobs. In the end, European people are in dire need of producing and building things, without that--the best in our culture is lost.
Posted by smoothiex12 at 7:43 AM