The Beauty Is In The Eye Of The Beholder (Soft Power 4)? Some Fast Thoughts.

It is a very sensitive topic, especially in the era of the "body positivity" and erasing of the standard of feminine beauty and of femininity (these two are not always the same), and sexuality, by deranged third wave feminists and their allies from LGBT in the West. Of course women are different and of course many of them are not stunning beauties, but still, often the lack of physical "beauty" is compensated by women being truly feminine and, sometimes enormously, attractive in human sense through intellect, humor and kindness, which compensate dramatically for the alleged lack of "physical beauty". Having said all that, we, however, still have to put forth a fundamental principle of human civilization and its main goal--procreation--that women and men seek each-other, initially, primarily, not exclusively, on the physical appearance. Based on those recognizable physical attraction "traits". Everything else follows after that. We all, men and women, are initially attracted to each-other because we think that we look good for each-other. I approached my wife of 36 years initially because I found her attractive in physical sense and she started talking to me precisely because I was "cute" and was a naval cadet which added, when combined with uniform and aura of military masculinity and officer's future, to me being attractive for her.

Children, family for more than three decades, going through hell of a life sticking together, started to unfold later, which eventually grew from a young love to something more than that--a complete kinship. As legendary Italian pop-singer and movie actor Adriano Celentano stated jokingly, when responding to the question if he ever wanted to divorce his only wife of 57 years, Claudia Mori: "Kill? Yes. Divorce? No." So, for each--its own. But, let's face it--90% of people of Earth can easily recognize a true physical beauty because it is in us genetically. Here is a peculiar fact from Spain in 2006.

It was a first West's official admission  that a standard which was and is being pushed on the world by "fashion industry", dominated by gay "designers", was anything but beautiful or attractive. Looking at today's "trends" in modelling, one cannot fail to notice how the perception of the "beauty" is being deformed in the West away from universally accepted standard. Enough to take a look at models such as Molly Bair who herself states that she feels so beautiful, to understand that something is very wrong in the West with the perception of a beauty. Not to speak of a definite trend towards the childish look of models--a nod towards expanding pedophilia. 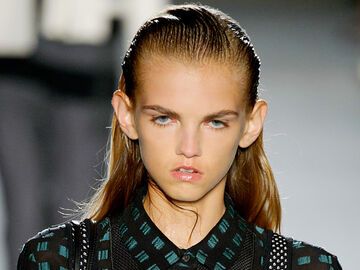 Yet, one cannot cheat human nature, because this nature resists, and will continue to resist, because any normal man would rather look (and some fantasize) about a stunner Paige Spiranac, who is not just a decent professional golfer but one of the last lines of defense in the West for beauty, femininity and sexuality, than deal with ugly visions by feminists. 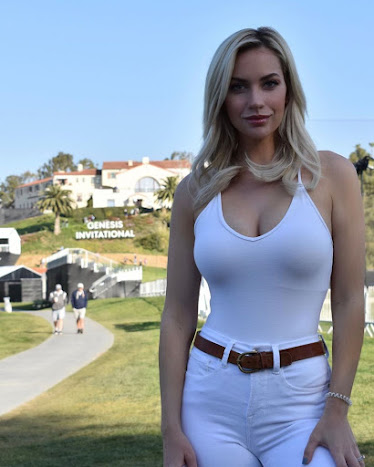 It is clear to any normal human that the world where Paige Spiranac  is considered a true, stunning at that, woman is a much better place to live than in the world where Molly Bair is considered beautiful, as she is by many. It is only natural, is it? No, say Western third-wave feminists and purveyors of modern "cancel culture". Here are two sisters, yes, both are beautiful and smart, Sellner discussing the loss of femininity by Western women. Unsurprisingly, both girls are considered, in the Western system of ideological coordinates, to be conservative.
And here is the point--the West, during the Cold War 1.0, held a monopoly on female and male beauty, attractiveness, and sexuality, primarily through cinematography. This is not to say that USSR didn't have beautiful women. Far from it, many absolutely stunning women lived in USSR and some were noted in the West through cinematography. But it was West's dominance of the femininity and beauty standards, in the times of Sophia Loren, Brigitte Bardot, Elizabeth Taylor or Raquel Welch which ruled the imagery. Western woman simply won the war of perceptions in the Cold War 1.0 by bringing not just undeniable beauty and glamour to the big screens in USSR but sexuality which sorely lacked in the Soviet Union being constrained by actual conservative, if not puritan, outlook on life in which the main emphasis was on female human qualities with physical beauty being portrayed mostly in modest settings. A gigantic screen success of One Million Years B.C. in USSR was driven by Raquel Welch's outfit in the movie and, boy, was it some outfit. 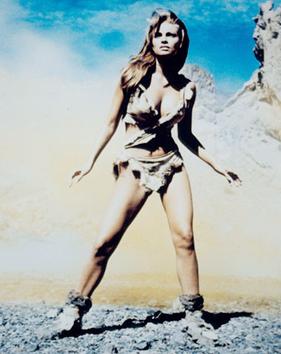 Men "objectify" women, normal women "objectify" men--this is in human nature. Both genders seek true physical beauty, which in modern West should become an exclusive "product" for upper classes, as should become meat, electricity and real art, while the masses of deplorables are being primed for this type of "beauty". 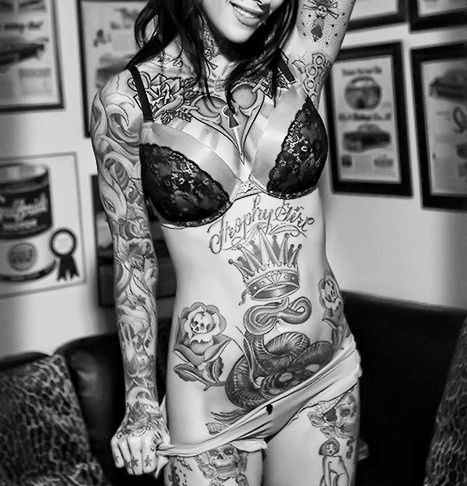 And why not? In post-modernist society nothing has standards, not even beauty or femininity. As was foreseen by Twilight Zone 60 years ago.
Here is the part where modern Russia comes in. While West is busy eradicating any beauty today, Russian women made a comeback and they did it with a vengeance. In the times of Youtube and Instagram something is afoot. While Western view of Russian women, dating sites apart, varies, including in defining what is beautiful, many in the West agree:

People from all over the world consider Russian women beautiful or at the very least… extremely beautiful. This means that Russian women appeal to people of very different nations and ethnicities.

Some go for stupid ratings like this, others note that:

Intellectual ability is generally accepted as one of the key factors of human attractiveness that we casually call “beauty”. In this respect, Russia is among the world’s leaders. Russia was among the first countries in history to introduce women’s education. The Smolny Institute for Noble Maidens was founded in 1764, and a year later, it opened a division for maidens belonging to burgher families. Throughout the 1850–1870s, Russia was among the first countries to introduce higher education for women.

Yes, it is not enough to be attractive, you need to have brains and project... class. Anyone can drop their clothes and parade whatever assets one has. This is not it. Here is one such example. The girl became famous, together with her team of amazingly talented voice actors, just recently when their Youtube video of making voices in taxi cab, including famous voices of GLONASS and GPS announcers went viral in Russia. Dasha Blokhina has a M.S. in Psychology but because of her very high empathy factor she eventually quit and concentrated on voice acting. You don't need to know Russian (or Japanese) to appreciate who Dasha is and, yes, her upper leap is natural and a tattoo is merely a sticker (washable) related to Japan and Anime.
In  many respects, Dasha is an archetype of Russian beauty, hence her meteoric rise to media fame--people recognize a true beauty. This is also the type of Russia femininity which naturally emerges at the points of clashes in Russian-Western civilizational conflict. Maria Zakharova may not be the most beautiful Russian woman but she projects what many real Russian woman crave--femininity and true class, derivative of outstanding intellect. Maria's famous clarification on the question of a reporter (at around 4:45 in this video) with whom it easier to deal in diplomacy, men or women, with Maria answering: "with professionals", gives a very different perspective on Western women, who crave just power and many of who are really into the attacks on masculinity and men in general, including through the destroying a beauty and femininity.
In the last 15-20 years, the Western woman, once exposed through the modern media, lost her appeal as a woman. She also became tightly associated with an insane cultural agenda of Western LGBT movement and third-wave feminism's war on men. This is not to say that Russia doesn't have her own contingent of four-wheel drive feminist insane bitches, she sure does. But for a Westerner who ever gets on the streets of Russian cities it could be a cultural shock to recognize that streets are full with women of all ages who have no tattoos, are dressed well and feminine, and many of them are beautiful and many are interested in real men. Such women definitely exist in America too, but they already lost their fight and their type will be completely removed from the popular art and cinematography. Russians suddenly recognized that Russian women are not only "competitive" with Western women, they long ago recognized what treasure do they have, and many in the West recognized this too. This is a soft power in action. But then again, who said this was not coming?
American woman, said get away
American woman, listen what I say
Don't come a-hangin' around my door
Don't wanna see your face no more
I don't need your war machines
I don't need your ghetto scenes
Coloured lights can hypnotize
Sparkle someone else's eyes
Now woman, get away from me
American woman, mama, let me be
The International Women's Day of March 8 is coming. In USSR/Russia it long ago lost its communist feminist meaning and long ago became a day when Russian men congratulate Russian women--girlfriends, wives, mothers, sisters--on them being women and celebrate and praise their femininity and their crucial role as...women. It is a national holiday in Russia and there will be flowers for women, everywhere. As for Galina Belyaeva whose beauty is known to Russians since 1970s. Yeah, I know it is not for simpletons, as one of the personages says in one excellent Soviet movie.
Posted by smoothiex12 at 2:47 PM