Let Me Be A Bit... Thoughtful.

Like in Hm. I am deeply into thinking deeply deep thoughts. 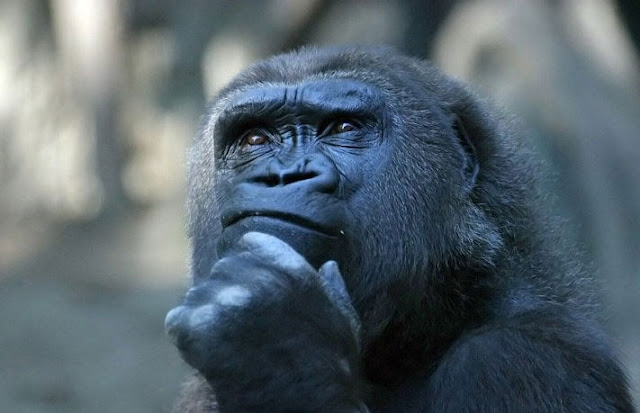 Be related to this:

WASHINGTON (AP) — The U.S. is pulling two Patriot missile batteries and some fighter aircraft out of Saudi Arabia, an American official said Thursday, amid tensions between the kingdom and the Trump administration over oil production. The official said the decision removes two batteries that were guarding oil facilities in Saudi Arabia but leaves two Patriot batteries at Prince Sultan Air Base in the Saudi desert, along with other air defense systems and jet fighters. The decision scales back the American presence in Saudi Arabia just months after the Pentagon began a military buildup there to counter threats from Iran. About 300 troops that staff the two batteries would also leave Saudi Arabia, according to the official, who spoke on condition of anonymity to discuss sensitive military operations.

Oh boy, you gotta love the work of analytical analysts because they constantly seem to be "caught somewhat offguard" in their analysis. I don't remember who said it (it is an American, I believe, truism) that Russians do not even take a dump without a plan. The first tell-tale sign of a larger plan than mere "oil war", for which Saudis not only will but are already taking the fall, was when Saudis started directly talking about Russia as part of the family. I noted a week ago:

Thus the question--a very practical one--who can built a proper and effective air and anti-missile defense for Saudis' main treasure while simultaneously restraining Iran. In the end, he bottom line is always not how you live, however important, but if you live at all. Saudis, certainly, saw how certain country conducts object and area defense operations and how she uses both military and diplomatic power to "calm things down" in the country, to he North, infested with Saudis' very own Al Qaeda and Qatar's very own ISIS. They know how it goes there. But then again, Saudis were in the market for technology which actually works for a while.

Moreover, if that wasn't enough, there are news of Russia and Turkey negotiating conditions for second shipment of S-400 to Turkey, including Turkey's partial localization of some elements for S-400 is ongoing and actively at that (in Russian). You see, as I say non-stop: in REAL life, REAL policies are conducted in tangibles, or in real quid-pro-quo. Geopolitical favor is also a serious tangible. Moreover, the main reserve currency today is not even USD--let all those financiers think that--it is a political stability which has real value. This is the highest level valuation in which purely monetary rules do not apply. In the end, Russia can sell to Saudis, say couple of regiments of S-400 together with Tor or S1, not only in USD, but in Euros or even in Yuans. In fact, anyone can trade with Russia in whatever the currency they prefer--Pound Sterling? Who said no? Rubles? Absolutely. Saudis will need (in fact they already badly need) "guns for hire" and there is only one country which can fit the bill. "We have always been at war with Eurasia"(c).

Donald Trump today offered Russia help with Covid-19 outbreak--a really nice gesture. All this against the background of this:

Charges against US President Donald Trump’s first national security adviser, General Michael Flynn, have been dropped due to new evidence showing they were baseless. Flynn was the first to be targeted in the ‘Russiagate’ probe.

Can we now expect some real movement on charging everyone knows who with treason and sedition? It is about time. If this happens, we may indeed talk about a significant event, apart from economic depression, in modern American history which will have profound global ramifications. That may open a window, as it is most times the case in major crises, for some interesting opportunities which MUST be discussed among big players in what is commonly referred today as Yalta 2.0. This may be the only chance to formalize new geopolitical reality and avoid a major war.
Posted by smoothiex12 at 12:49 PM