All participants of summit of Shanghai Cooperation Organization (SCO) signed the document about initiation of the procedure for acceptance (admitting) of Iran to SCO.

We knew it was coming, but geopolitical ramifications of that are enormous. Multipolar world is here, it is now and we can only guess what work is being done behind the scene for unification of a colossal Eurasian land-mass and market into a single geopolitical entity. Keep in mind the size of this whole thing--it dwarfs both EU and North America in every single metric including, which is hugely important, militarily. Now recent words by Borisov about India being "in-line" for S-500 get new meaning. But then again, I am writing on Eurasian security perimeter for years.

It is Friday, alright, and I mourn the untimely death of Norm Macdonald, a real comic and a closet intellectual. His impression of Bob Dole and his SNL Weekend Update in times when SNL was genuinely funny are immortalized today thanks to internet and YouTube. I salute you Norm. 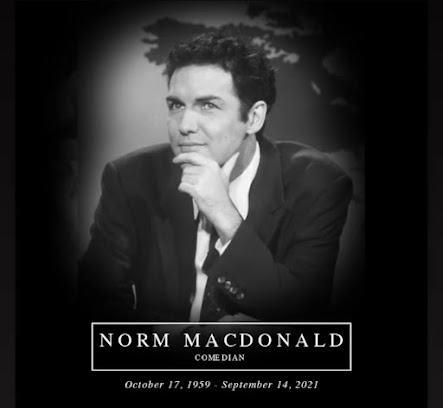 You were more than just a great comic, you were a great human.
Posted by smoothiex12 at 12:56 PM