Oops, I didn't know that it is already deployed on some ships but International Naval Salon 2021 (aka IMDS-2021) in St. Petersburg did produce some sensations in weapons, and the most important of them is the introduction of the new AD complex Resurs (Resource) which is already deployed on a number of Russian Navy's corvettes. First, in Russian, creators of NPO Almaz and Fakel explain:

Translation: Any ship detection radar with enough accuracy can provide targeting for Resurs, added Pavlov. That makes the installation of the complex on existing ships less expensive.

He also stresses that it can attack any number of targets. But read attentively what is underlined and highlighted in yellow. Basically anything which has VLS can carry a mix of these missiles which can intercept pretty much anything flying above M=3.5. Suddenly, even such platforms as project 21631 missile corvettes can carry a number of such missiles and serve as AD umbrella for a strike group of similar ships, because it will be able to launch Poliment-Redut's 9M96 too in the nearest future. 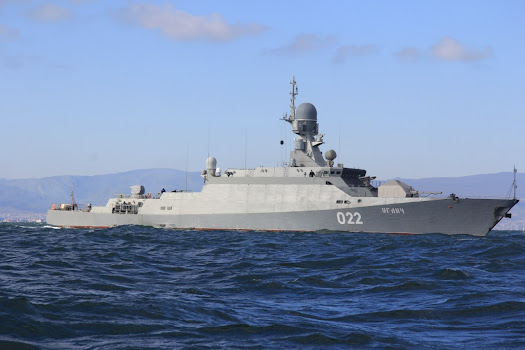 This is an evil weapon system (wink, wink) which changes a lot in a complex calculus of modern naval warfare and yet another demonstration of a good weapon system's design which seeks a maximum combat efficiency for a good price. I am not sure about feasibility of installation of 3C14 on something like a fishing trawler but it could be a damn humiliating proposition for any combat aircraft (not to speak of a salvo of Harpoons) to be shot down by anything, which carries Positiv-ME radar and 8 UKSK cells, at a distance of 100 kilometers. After all, who knows what do they carry in their VLS cells. Damn, things become very complicated.

In other news. Western journos and "experts" suck. Duh!

‘Many US commentators have never BEEN to countries they comment on, see entire world from Washington perspective’ – Stephen Kinzer

In related news--the sky is blue, the water is wet and Pope is Catholic. Is he?