Some Issues Of Numbers.

I wrote yesterday a piece exclusively for Andrei Raevsky (The Saker) where I address some issues re: the salvo of the Russian Black Sea Fleet in case NATO decides to "fight". I don't think that this scenario is likely but just in case, here are some conclusions by me:

...there is plenty of subsonic, supersonic and hypersonic goodness to spread around by Russia’s Black Sea Fleet alone and competent people in Pentagon know this. That is why the appearance of those two US destroyers in the Black Sea is, literally, for the appearance primarily and for trying to collect some intel for what seems today a diminishing probability of confrontation in Donbass. I often write that many people in the US, and I am talking about policy-makers, cannot grasp the scale of the America’s trailing Russia in fire power in all domains. It is not just quantitative; it is qualitative and the gap only continues to widen. But I warned about it for years, didn’t I?

Andrei Raevsky titled (correctly) my piece: Why It Is Not Advised. It is a symptomatic title since today, as if he read my books amd recent writings, Colonel Douglas Macgregor penned a piece for The American Conservative which has a title: Facing the Facts of War with Russia. The Biden administration appears willing to get us into a fight we’re not ready for. I was calling on the US political elites to face the facts for many years now. Now American senior officer, a real professional, with reputation for realistic view of the world outside writes today:

If Russian military power prevails, President Biden’s promise of support means U.S. or Allied NATO air or ground forces may intervene to rescue the Ukrainians from defeat. In Europe, U.S. Army and Marine ground forces are too weak to intervene 500 miles east of the Polish border, even if reinforced in a timely manner by armored brigades. None of NATO’s ground forces are ready to cope with Russia’s BM-30 SMERCH Rocket Artillery Formations. Rockets fired from just five of Russia’s BM-30 SMERCH rocket launchers can devastate an area the size of New York City’s Central Park (843 acres, or 3.2 square miles) in minutes. Thus, if U.S. and allied forces do intervene, they are likely to do so with air assets. How effective Russian integrated air defenses will be is unknown, but it would be ill-advised to underestimate the impact of Russian IADs with phased array radars. Some of the newest air defense systems—like the Russian S-500—are so capable that many U.S. Defense officials privately worry that even warplanes like the F-22, F-35, and the B-2 risk destruction if they attempt to penetrate them.

Macgregor makes one small mistake though. Russia does not need S-500 to close off the skies over Ukraine. The line of modern S-series AD complexes, ranging from S-400 of AD forces to S-300V series of army specific (troops) AD and down to Buk-M3 and Tor-M2--are all integrated into flexible and well-protected network which has NO problem detecting, tracking and shooting down any target, be that small UAV or the most stealthiest aircraft or missile. Plus, of course, if shit hits the fan, Russian Air Force has enough assets to challenge any US air assets, the ones which will survive strikes at air field and bases.

But this is not what really is important in Macgregor's piece, most important is his corroboration of what I am writing and warning non-stop: the US is nuclear-biased and will initiate nuclear exchange because what is expecting US troops in case of the United States directly intervening into a possible conflict in Ukraine, is the level of human and materiel losses US Armed Forces never experienced in their history. Macgregor, essentially, agrees:

Since prevailing winds in Eastern Europe would spread nuclear fallout across Russia and Central Asia all the way to Korea, the Russian use of nuclear weapons is very unlikely—unless of course, U.S. forces use so-called “tactical nuclear weapons,” which would trigger Russian escalation to the strategic nuclear level with ominous consequences for planet Earth. However, virtually all U.S. and allied military installations, from Estonia to Spain, will be within range of Russian Kalibr Cruise Missiles carrying 1,000 pound, high explosive, conventional warheads.

As I am on record constantly--the United States never fought a war with its Command and Control system under the relentless sustained fire impact and its rear attacked and disorganized. Conventionally, the United States cannot win against Russia in Europe, at least Eastern part of it and Biden Admin better wake up to the reality that it may, indeed, not survive any kind of escalation and, in fact, modern Kalibrs, 3M14Ms, as a matter of fact, have a range of a 4,500 kilometers, as well as 5,000+ kilometer range of X-101 cruise missiles, which will have no issues with penetrating North American airspace when launched by Russia's strategic bombers without even leaving the safety of Russia's airspace.

It is good that Douglas Macgregor goes on record in this case and underscores the fact that Russia can and will, God forbids it comes to this, win conventionally, while the United States loses even in a nuclear conflict. But then again, in this case we all lose. Conveying this reality that the US has no good options against Russia is very important, especially to those people in current admin who have no clue about modern war and how it is fought--and that is the overwhelming majority of the US elites. I don't want to end up being prophetic about the events which I am desperately trying to prevent. Having opinion of such a heavyweight as Douglas Macgregor being very similar to mine helps enormously.

A spokesperson for Ukraine’s president say's they've been trying to talk to Russia’s Vladimir Putin about the build-up of Russian troops on the border, but Putin isn't taking the call.

Poor, poor baby. He ain't seen nothing yet. When Russia begins a real build-up of Russian troops, he better be sure he has his jet fueled and ready to go in Borispol airport in Kiev. But this is just in case if he obliges and carries out his orders from his handlers in Washington. He still thinks that the United States is this "the finest fighting force in history", well, he may learn soon enough the real situation if he is not cautious. As Peskov today responded to Blinken's threats about "consequences" (in Russian) almost in Fulbright's manner, that constant threatening with consequences and "paying a price" completely devalues those threats. Recall:

“It is simply not necessary for us to go around forever proclaiming: ‘I am the greatest!’ The more one does this sort of thing, in fact, the more people doubt it….”

P.S. Today is 60th Anniversary since this guy and those backward Russian peasants launched first human in space. 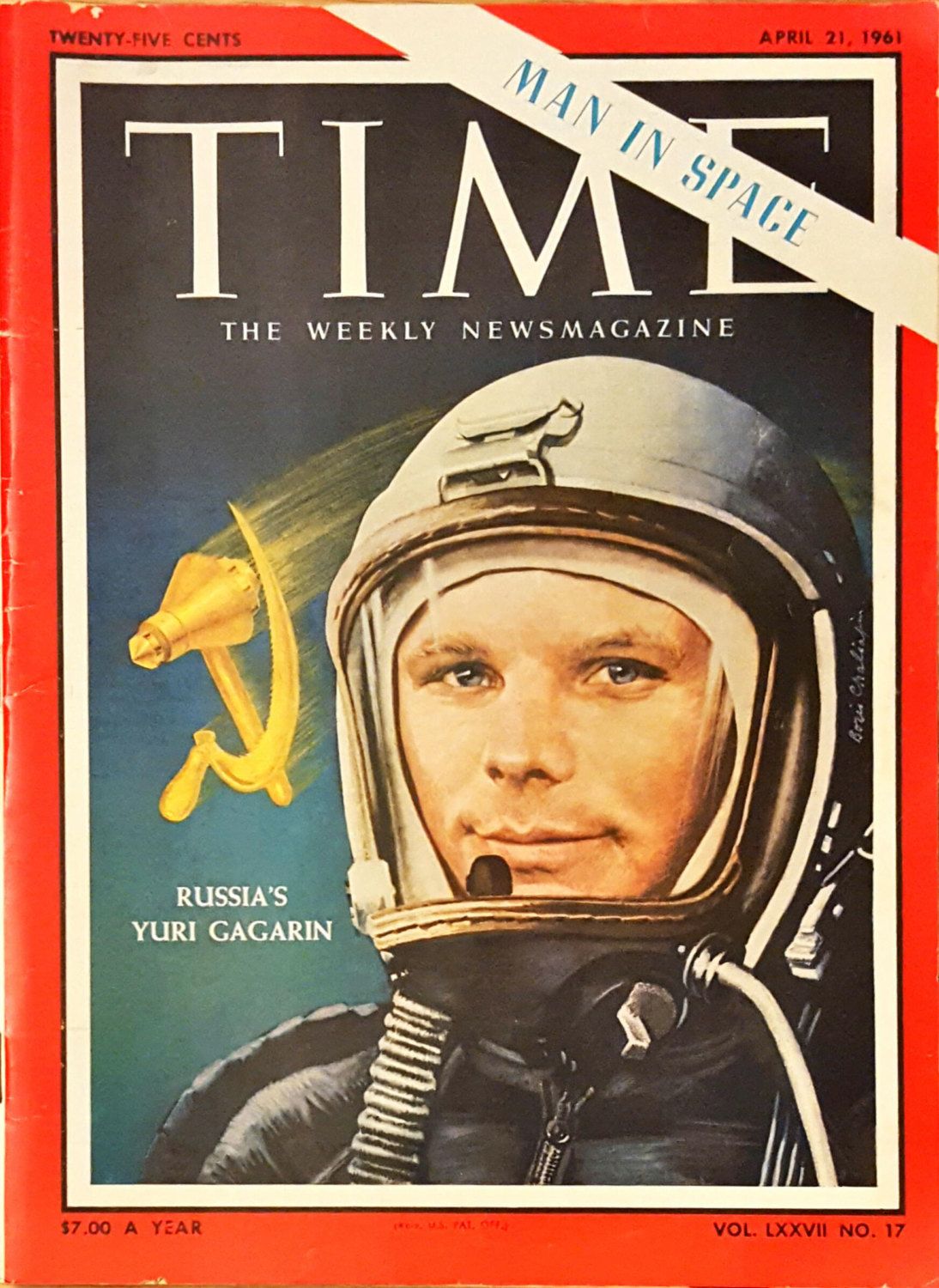 I am sure in woke America this will be viewed as "white privilege" and as being very racist.