I Do Not Have Much Faith Anymore...

In France for a number of reasons among which is my complete lack of confidence in French demographics statistics--I think France is more "culturally enriched" and Islamized than it is officially reported, second--French elected Emmanuel Macron. They might as well have elected Ken, Barbie doll's male companion--the result would have been pretty much the same with France descending into the chaos. Fact is, be that Sarkozy, Hollande or the current President of the Fifth Republic--one has to ask a question if France even has anyone of scale in the mainstream politics. Well, I, certainly, have a natural gravitation towards Marine Le Pen, but I am not French and I do not follow French politics that closely unless some notable France's "cultural enrichment" event, such as Chechen and Arab drug traffickers enrich the hell out of French, such as the enriching events in Dijon, occurs and French show themselves completely impotent and scared.

Now, evidently, people in French Military and Law Enforcement elite had it.

Twenty retired generals and scores of ex-officers have sparked a political furore in France after calling on President Emmanuel Macron to stop the country from descending into chaos and “civil war” at the hands of Islamists. Led by Jean-Pierre Fabre-Bernadac, a retired Gendarmerie general, and signed by 80 other retired officers, the open letter to Mr Macron was published in Valeurs Actuelles, a right-wing news magazine, last week. Strongly supported by Marine Le Pen, leader of the far-right National Rally and presidential candidate, the text was this week dismissed by Mr Macron’s government as a diatribe from a bunch of military pensioners who “only represent themselves”.

As always, it takes people who are professionals in facing death and calamity, not some bankster globalist boy-toy, to point out the evident. Considering the level of French media, which is about the same as the US media's level, that means being staffed with mostly uneducated morons and globalist shills (usually, globalism is a symptom of undeveloped mind) we get, and you guessed it, completely false historic parallels.

It was, it said, sadly reminiscent of the Algiers putsch - an attempt to oust Charles de Gaulle 60 years ago by retired generals who opposed moves towards granting Algeria, then a French colony, independence after a bloody civil war.

I wonder who said so, because last time I checked, 60 years ago, for all her colonial troubles, France proper still remained France, populated with the majority of French people and Paris still had this aura about it because it hasn't been turned into the urine smelling shithole yet.  Like this:

Since then things got worse, much worse and I will abstain from commenting on Marseilles, which IS NOT a French city anymore, or other places which under Macron "leadership" went from places "still having potential" to complete dumps. The statement proclaims:

Under the influence of Left-wing dogma France was “disintegrating with the Islamists of the hordes of the banlieue [suburbs] who are detaching swathes of the nation and turning them into territory subject to dogmas contrary to our constitution,” they warned. Failure to act now could see “an explosion and then intervention by our comrades on active service in the dangerous mission of protecting our civilised values and the safety of our compatriots”. “There is no time to waffle, or tomorrow civil war will put an end to this growing chaos and the dead, for whom you will bear responsibility, will be counted in the thousands.” Without citing any political figures, the generals said that they were “ready to support politicians who take into account the safety of the nation”.

Will their comrades "intervene"? I don't know, but what they forget to say is that European "left wing dogma" is, actually, a mental illness and no people coming from be that nominal European or American "left" are capable of any kind of real statecraft. They just cannot govern, they don't know how and the issue is not just the "left-wing". When one looks at, say, American so called "conservatives" they are hardly better, because the issue is systemic and cannot be resolved within the framework of current political and economic system. Well, even if to imagine that Marine wins, what can she do? Apart from a hostile governing apparatus she will inherit a media, packed with new iteration of French hippies and perverts of all colors, and she may end up as Trump, granted Trump was so inept and cowardly in his governing that Marine comes across like a real stateswoman with the balls of steel, pardon my French.

Mr Macron has come under a barrage of criticism for his perceived “lax” approach to immigration and security in recent days, buoyed by polls suggesting 65 per cent of the French do not think his government has a handle on crime.

Aw, French are learning now about this simple fact that all actions have consequences and I can only say here that each nation deserves government it elects. I am sure they will elect some globalist shill again and the cultural enrichment will continue. Elena Chudinova was prophetic, let's face it. The Western Europe is finished and it has no idea how to stop committing a suicide. 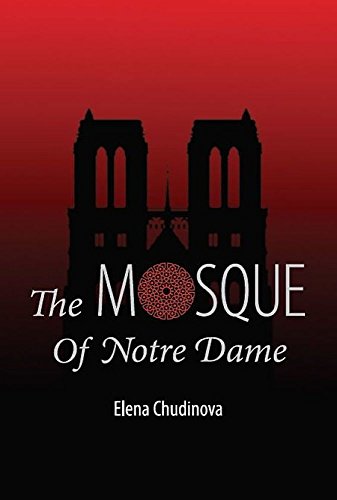 In fact, it has no desire to do so. And no, Chudinova's book is not a "dystopia". Western "liberalism" killed what used to be known as Western Civilization. Coroner!
P.S. Remember when Paris "sounded" like this?
Posted by smoothiex12 at 12:18 PM