I had a very interesting encounter today with fairly famous Razib Khan who blogs on UNZ Review. The guy is from Bangladesh, I recon, and is in some Ph.D. program on genomics or genetics, or whatever he studies. He writes mostly on some biodiversity topics plus fancies himself to be a history buff of sorts. I have no interest in all this genetics mambo-jumbo but today was attracted by one of his post re: Islam. This is how the exchange went on this thread:

Islam: Born to a Christian, Adopted by a Persian

R.K.: i think islam is probably the last chance in the oikumene.
SX12: What does this statement even mean? I tried to process it, failed.
R.K. the last chance to create a new civilization. it seems like once the # is “filled up” it’s hard to move into the space. it’s like cultural oligopolies.
SX12: Depending on what the meaning of “new civilization” is, granted that Islam is a civilization as of now, I see no possibility of anything particularly new in a positive sense emerging based on Islam.
R.K. i don’t care what you think about that (speaking as an anti-muslim myself).

I replied, I sometimes write some posts in Word and this one got saved, as it appeared, thankfully:

That is just fine with me. You, however, are no scholar of Islam and before writing anything on the topic, consider the fact that some people (like me, for example) have a very long history of dealing with Islam, including being born in the “oikumene”. I would suggest you get acquainted with Al-Ghazali and Umdat Al Salik and then look around at Islam’s “achievements” in the last half-millennium. But then again, people of Mahatir’s statue are, most likely, not on you list of worthy sources. And then comes this “small” thingy called military-political issues of Islam, of which, I can guarantee you 100% you have no clue about and, probably, never heard of Quranic Concept Of Warfare by Malik. That is why your statement about “new civilization” is, frankly, preposterous. But I doubt you are qualified to make serious geopolitical and military assessments of Islam without which ANY talk on ANY civilization is useless. Now contemplate if you want to approve this post.

That is what followed:

R.Z. if someone (like the commenter above) tells me i should familiarize myself with al-ghazali to get educated, i’m going to ban them (like i did for the reader above).

My post, obviously, was erased, which, in the end, didn't prevent this genetics Ph.D. candidate to refer to it later--they, evidently, don't teach elementary ethics in genomics Ph.D. program. Why do I write about this incident with Razib Khan is very simple. The science of "history" (it is in quotation marks on purpose) requires many frameworks within which phenomenon could be judged. The history of Islam, however, requires today only one framework--the list of achievements, or rather lack thereof, in the last several hundred years to understand how did it arrive to state of being almost a complete wasteland economically, culturally, philosophically and academically. Only Sub-Saharan Africa beats Umma in backwardness and decay. Obviously Clausewitz' dictum on the judgement of the event by outcome applies fully here. Khan makes a very interesting and rather bordering on arrogance statement that "But to understand history I generally don’t put too much stock in the hand of God"(c). Well, considering my many years of schooling in Marxism, and me being an atheist (not a militant type--I do love and celebrate Christmas) I do. Go figure. From his verbose writing I do take away that he doesn't put too much stock in religion (faith) as a serious historic factor but this is precisely the factor which played a defining role in Islam's spread and led to its eventual decay, which we all observe today. After all al fikr kufr is as much an operational concept as it is ideological and religious one. I do not want to go in particulars of West's obvious culpability in the tragedies in Iraq, Libya and  Syria, among many other places, just yet, but I found Razib Khan's (who is, if I am not mistaken is very fresh from his teenage years) method of discussion rather peculiar.

Obviously, Khan was called out on his statement on "new civilization" and later, in yet another, erased by him, my post, was asked to share his Islam "insights" on the account of Robert Reilly's seminal works The Closing Of Muslim Mind or on some issues pertaining the so called "doctrinal development" of Islamic warfare which will be absolutely critical in whatever "new" civilization Khan envisions. Obviously, for Ph.D. in genetics some operational, doctrinal or industrial problems facing this "new civilization" are a bit beyond the grasp and they don't teach Theory Of Operations or Net Centric Warfare, let alone LEAN production methods, which are the function of civilization, in his genomics classes but, despite all that, I would love to hear his elaborations on the account of "new civilization", which in the case of Islam is simply impossible since Islam did encounter what could only be described as civilizational dead end and the only way out of it is either to reform (and not in Wahhabi sense and that is effectively stopping being Islam) or see the world immersed in a true Clash Of Civilizations. So far, there are very few, if any, signs of Islam, especially Sunni Islam, reforming.

So, for a relatively famous blogger, who, evidently lost or, most likely, never had any serious tactical, operational, military-academic, geopolitical and, of course, first hand Islam experience (and I am not talking about some neighborhood mosque in some town USA), writing such a statement about subject he learned from some purely scholastic exercises in futility against unfolding reality is a bit too much. But...despite this, including lying about me calling him stupid, I did call him coward, though, for him desperately avoiding substantive discussion:
R.K. don’t respond to him, he keeps ranting about how stupid i am. which is fine, as i think he’s kind of a dumbass, but i am not going to harass him on his blog about it.
I would love to hear Mr. Razib Khan's thoughts on this "new civilization". I also hope he will not go off as he did with Al-Ghazali and will acquaint himself with true scholarly works such as this, among very many, before coming here: 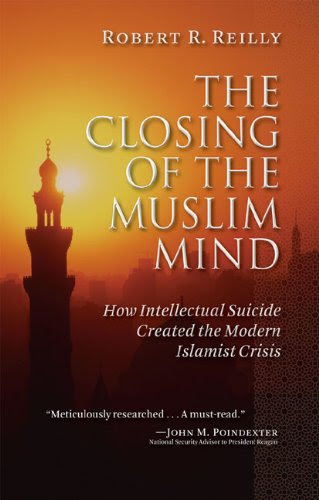 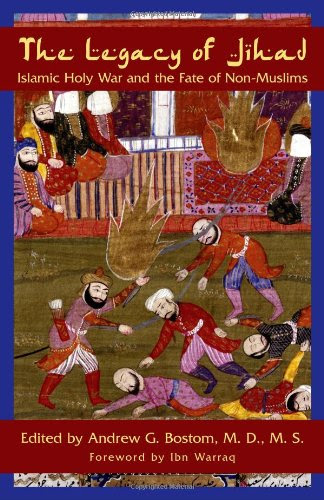 I doubt he will appear here (I am sure--the excuses will be numerous) but it was worth a try..........It also is a worthy topic to discuss against the background of both US and West European adventurism in the Middle East, as well as discuss the dynamics of Jihad which started well  before the time of SMART weapons and space flight. Meanwhile, if this will teach Razib Khan not to write on the issues he has no clue about and stick to his Biodiversity, Genomics or whatever field he can have more or less competent opinion in, then it is all for the better.