Financial Times: "Europe's Problem Is With Russia, Not Vladimir Putin"

Another salvo in anti-Russian rhetoric, this time from Financial Times. Anyone who wants to get acquainted with this russophobic drivel by Thomas Graham can do it here:

Mind you, you will have to register to read this rag's set of loony anti-Russian cliches and perversion of both Europe's and Russia's histories. Or you may go to another site, this time Bloomberg (not much of improvement here over FT), and try to see the summary there:

Russia is incredibly bad for Europe. 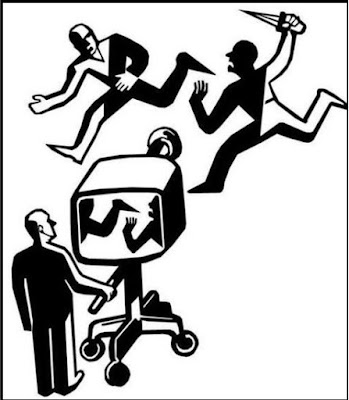 As I wrote not for once--the nominal West has committed a cultural suicide in Russia and it can not be helped. Indeed, the gap between Russia and West is that of the values and at this stage it cannot be bridged. It is also clear today for the majority of Russians, that West's hatred towards Russia is not just ideological and cultural--it is racial. But let's not get ahead of ourselves. Let's get back some decades, namely to October of 1957 and Hans Morgenthau's Naval War College Spruance Lecture titled "Realism In International Politics". Here is what he says:

"I would say, and I have said many times before, that if the czars still reigned in Russia, that if Lenin had died of the measles at an early age, that if Stalin had never been heard of, but the power of the Soviet Union were exactly what it is today, the problem of Russia would be for us by and large what it is today. If the Russian armies stood exactly where they stand today, and if Russian technological development were what it is today, we would be by and large confronted with the same problems which confront us today."

Hey, at least this father (one of) of Realism tries to state it in not-racial terms, but, as I already said, Russians today overwhelmingly do understand that behind pompous western rhetoric about values lies deeper meaning. So much so, that people like Graham, as well as the large portion of Anglo-Saxon elites are ready to forgive Nazism and what it brought to the world, they also will and do support the most odious regimes. That is why Graham thinks that Nazi Germany was merely "defending" itself from those nasty untermensch Asiatic russkies.

Looking at what, once called, "Western Civilization" represents today one cannot miss the intellectual, moral, social and economic decay. Western main stream media long ago turned into the sewer promoting the ideological agenda of sodomy, the political class stays firmly, together with its servile meek "academe", behind what Robert Reilly defined as de-Hellenization of the culture; open lies, obscenity, promotion of the deviancy of all kinds, breakdown in law and education, unrestricted illegal immigration, suffocating political correctness, reign of incompetence--these are today's defining features of what once was called Western Civilization.

The West, which today resembles less and less a civilization, has some reasons for worry. Today, Russia, with all her problems (and those are big problems) and shortcomings, including those of the national character (I should know--I am Russian myself), represents what West lost and can not regain. In fact, today Russia represents what's left of once Western Civilization. The nominal West never wanted and would never accept Russia as part of what they perceived as Western Civilization, which was defined in 20th and 21st century in strictly Anglo-Saxon terms of political system (you know--"the democracy"), free trade orthodoxy, moral relativism and globalization, with eventual dissolution of the nation-states. But the truth is, that is not what Western Civilization is. As Roger Scraton brilliantly observed:

"The roots of Western Civilization lie in the religion of Israel, the culture of Greece, and the law of Rome, and the resulting synthesis has flourished and decayed in a thousand ways during two millennia that followed the death of Christ."

Looking with sadness (I love Western culture, the real one, I am a part of it myself) at modern Western cloaca of multiculturalism and moral decadence one cannot fail to notice that values, which, once great, civilization represented, remained intact in Russia and those values are the ones which made the West and great culture it produced. It is also clear that those values are what today will be defined as truly conservative values--not to mistake for American faux-conservatism of neocon and evangelicals' variety. The whole idea, that those Russian untermensch "got it right" and ARE the last vestiges of Western Civilization drives western "elites" mad. That is why the stream of lies, omissions, perversions of history, other attacks on Russia and her people will only increase in western so called media. War, including the real one, is always a cultural act and it starts with dehumanization of the enemy. For West, Russia is the enemy, because it increasingly becomes a viable global alternative. The foundation of this alternative is the concept of a  Nation and that is why Europe's, as well as USA's, problem is with Russia, not Vladimir Putin.