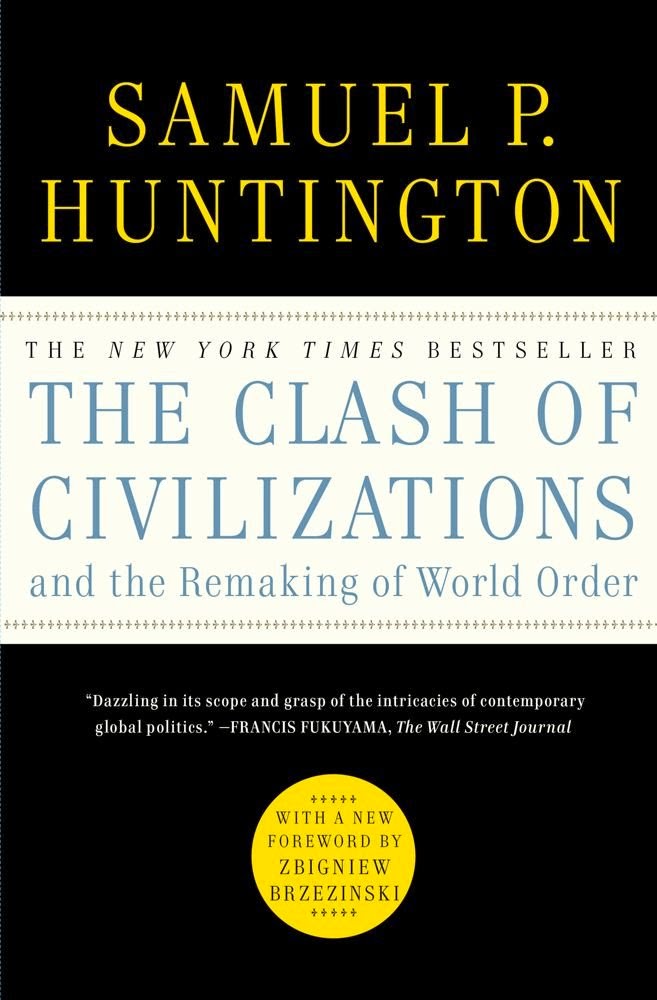 Late Samuel Huntington in Chapter 4 of his seminal The Clash Of Civilizations And The Remaking Of World Order, while describing the reasons for why West dominates (the book was published 20 years ago) global order, gave 14 reasons for this domination. Here they are:

There is no denial by any common sense person that, with some possible minor additions to that lists, it is generally correct in identifying key positions which make civilization, or a specific nation, strong and, in many cases, dominant. Now let's fast rewind to 1960s and 70s. The term Post-Industrial Economy is coined by Daniel Bell or whomever else--makes no difference. The hell of sociological and economic theories  after that breaks loose and the world, throughout coming decades, is being swept with the avalanche of the social and economic views which have no....relation to the reality. With Post-Industrial Economy concept later came derivatives such as Information Society or Knowledge Economy and other totally chimeral concepts. So you get the drift. The whole school of social and economic thought emerged which, to put it crudely, did everything as to avoid looking at what really makes, say, a nation powerful--a manufacturing capacity.  That is real productive labor!

Looking attentively at the pps. 4, 7, 8, 9, 10, 11, 12, 13 and 14, from Huntington's list above, one can easily notice that all of them are the result and the consequence of manufacturing. We will push it even further--they are the result of a highly developed  machine-building complex. One needs machines to produce high-tech weaponry, machines also produce other machines, there is no modern agriculture without advanced machinery and, obviously, most modern consumer goods are impossible without machines. Some of those machines are immensely complex and require level of mathematical, physics, technological expertise to operate them which is simply beyond the level of expertise required from office manager or graduate with BA in, say, communications (public relations) to do their jobs.  Now, enter all those Free Trade fundamentalists, global-economy and post-industrialism (and knowledge economy) aficionados, who dominate and shape US  economic debate and policies and what do you get? You get a steady DE-industrialization of the United States. Obviously, most (not all)  people who promote those policies never spent a day on the production floor, never made anything useful in their life, but sure as hell most of them got their "economic" degrees from Ivy League madras and many went to work into the place of the uber-concentrated  economic wisdom and reputation--The Wall Street.

Long story short, the DE-industrialization of the United States started not yesterday. It is still a long and arduous process of ridding off manufacturing and turning US labor force in that of the third world. Some results are already in. In 2011 none other than WSJ published a very remarkable piece. In the middle of the economic calamity this was revealing.

There, WSJ makes a sad admission, that among several core causes for the lack of qualified labor force in US--that is the people who can actually operate complex machinery and make useful things--one, certainly, stood out:


Third, the U.S. education system isn't turning out enough people with the math and science skills needed to operate and repair sophisticated computer-controlled factory equipment, jobs that often pay $50,000 to $80,000 a year, plus benefits. Manufacturers say parents and guidance counselors discourage bright kids from even considering careers in manufacturing. "We get people coming in here all the time who say, 'I can weld,'" says Denis Gimbel, human-resources manager at Lehigh Heavy Forge Corp., of Bethlehem, Pa., whose products include parts for ships. "Well, my grandmother could weld." He needs people who understand the intricacies of $1 million lathes and other metal-shaping equipment.

A discrediting of the productive labor in US is complete. Average American kid would rather resort to life of "creative" labor--such as writing useless apps for iPhone or trying to break into the hordes of the mediocre "future" musicians, artists, photographers or, future social workers (who, actually, will be needed to provide for welfare checks once those hordes of the "creative" people and office plankton will be kicked out on the street), than seriously consider such jobs as specialists in composites, CNC operators or any other complex machinery specialists. And those jobs are available today. No, those kids  would rather smoke pot (a first no-no on the manufacturing floor) while complaining about how tough life is on their creative aspirations, than start learning actual skills which are in the foundation of  the pps. 4, 7, 8, 9, 10, 11, 12, 13 and 14, from Huntington's list above and which constitute around 65 (in reality it is even more) percent of the power of the nation.

There are no such things as Post-Industrial Economy or Information Society or Knowledge Economy--those are all figments of imagination of hacks who live in their own delusion while the geopolitical and economic reality of the world remains unchanged for centuries--only nations that produce and can provide a maximum number of the complete (enclosed) technological cycles are the real players in the global arena. It is very difficult to understand for all those banksters and financiers that (made in China) iPhones, which they consider a high-tech,  do not grow on the trees--they are the result of technological cycle which starts from extracting resources to producing parts and, eventually, assembling  their toys, be it their furniture or BMWs.

I generally do not take an overly grim view of the American future for a number of reasons. Obviously, US global political and economic weight is diminishing--how about pp.6--but this is the objective process. American financial bubble or, rather, the set  of colossal parallel monetary universes is, of course, a very serious issue and we are facing a type A US Dollar supenova down the road.  But as of now, United States still retains a considerable manufacturing capacity across all Huntington's points and this, in the future, should play a crucial role in inevitable re-industrialization and reformatting of US economy away from service economy to a productive one. How this process will go I don't know and, as I mentioned before, I hate to speculate and give forecasts. Having said that--the US is steadily losing its lead and competence in a number of  crucial fields and it has a lot to do with what WSJ piece points out (follow the link above). A steady loss of the competence across the whole of the American society has everything to do with the process of DE-industrialization and turning US into the country of shopping malls and Walmarts, packed with products made NOT in USA, yoga studious, espresso stands, law offices and shiny office buildings where hip and young toil writing the code for a another virtual product which has no real value, no real serious applications for bettering of  human life and turns people into exhibitionist zombies. Facebook anyone? Or F-35, for that matter?

Meanwhile, the rest of the world begins to beat US at what used to be its game--manufacturing. And then there are weapons....