I write about the utter incompetence of US foreign policy institutions constantly. Now, Britons enter the picture. This is not to say that it wasn't known--it was. But still....

Well, it took The Independent  about a year to figure this out. We knew it all along. American foremost Russian "scholar", Ambassador Michael McFaul was so "good" in Russian language that he created one of the most memorable snafus in the history of diplomacy. Obviously it was difficult to use Google Translate for figuring out the translation of the word "Reset" into Russian. As Forest Gump used to say: "Stupid is as stupid does."(c) 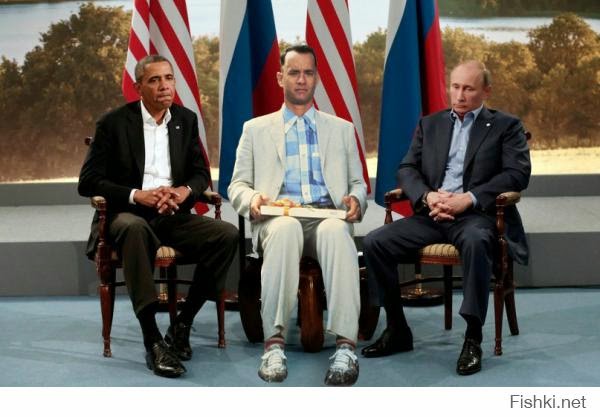 As noted in The Independent:

The revelations came to light in a report by Parliament’s Foreign Affairs Committee, which has been scrutinising the Foreign Office’s performance. The committee's MPs found that only 27 per cent of Russian “speaker slots” at Britain’s foreign ministry were filled by someone who could speak the language to the specified level.

Well, Duh.... The situation in the State Department is hardly better. Long gone are the times of Ambassador Matlock, who, apart from being a compliment to the art of diplomacy, spoke an exquisite Russian, knows Russian culture in depth and still can recite the whole Evgenii Onegin by Pushkin--a feat very few Russians can accomplish. It is all gone. We all are treated to the parade of the Western foreign policy (and political) nomenclature, which, under normal conditions, wouldn't be allowed to clean toilets. Yet, those people are in charge of the Observation and Orientation parts of OODA Loop. Needless to say, the results are disastrous. They don't understand the subject, they don't speak subject's language, they cannot make even simple correct conclusions, they are forced to rely on the native clones of themselves (Russian "liberals" anyone) and then they wonder what went wrong.  They also begin to despise the culture of the subject because it reflects their own incompetence and lack of the abilities.

Meanwhile, those "economic" rags begin to suspect something. I don't know who this Leonid Bershidsky is, but the person who considers Gaidar Institute to be "respected", definitely has some issues with the reality. Still, the fact that such piece appeared in Bloomberg is note-worthy.

It's time to bury the expectation that Russia will fall apart economically under pressure from falling oil prices and economic sanctions, and that Russians, angered by a drop in their living standards, will rise up and sweep Putin out of office. Western powers face a tough choice: Settle for a lengthy siege and ratchet up the sanctions despite the progress in Ukraine, or start looking for ways to restart dialogue with Russia, a country that just won't go away.

The realization, that Russia IS already inside the West's (and US in particular) OODA Loop (if it does have any at all--the conclusion to which I begin to lean) should settle in by now. Getting inside one's OODA Loop was a highest priority for Colonel Boyd. It did already happen. It is so simple, if to put in into famous (and correct)  slogan--You Are What You Know. And it goes without saying that combined West knows shit about Russia. It always did.
Posted by smoothiex12 at 12:02 PM