3M22 Zircon: M=9+, range of 1000+ kilometers, AI driven, once several tons of it hit the target--it is over for the target. Now, alternative: rail gun M=7 for a "whole" 23-pound projectile with an "astonishing" range of a whole around 160 kilometers. But, but it is so cool, the iPhone, the Tesla, of naval weapons. Boy, talk about technology mismatch. Talk about a mindless pursuit of "woke" technological and operational BS. Ah, wait...

BATH, Maine (AP) — The U.S. Navy pulled the plug, for now, on a futuristic weapon that fires projectiles at up to seven times the speed of sound using electricity. The Navy spent more than a decade developing the electromagnetic railgun and once considered putting them on the stealthy new Zumwalt-class destroyers built at Maine’s Bath Iron Works. But the Defense Department is turning its attention to hypersonic missiles to keep up with China and Russia, and the Navy cut funding for railgun research from its latest budget proposal. “The railgun is, for the moment, dead,” said Matthew Caris, a defense analyst at Avascent Group, a consulting firm. The removal of funding suggests the Navy saw both challenges in implementing the technology as well as shortcomings in the projectiles’ range compared to hypersonic missiles, he said. The Navy’s decision to pause research at year’s end frees up resources for hypersonic missiles, directed-energy systems like lasers and electronic warfare systems, said Lt. Courtney Callaghan, a Navy spokesperson.

I recall how few years ago, when I would state that this whole rail gun thingy was nothing more than a crock'o'shit which would have zero combat value, many "experts" would laugh at me. Indeed, what do I know. Four years ago I warned:

We entered a missile paradigm some time ago and today missile technology takes us to a completely new capabilities that change not only tactics, they change the outlook of operations and of strategy. No amount of the prohibitively expensive exotic and useless in real combat technology is going to change it. Ranges, velocities, maneuverability,  AI, stealthiness of missiles will only continue to grow until some new technological paradigm unfolds--probably with full robotics, actual combat lasers and other energy weapons which will change the nature of war, but for now: 100 miles range, projectile of M=6, try harder to impress anyone with any knowledge.

Ah, good ol' me, ever so pessimistic and doubtful about this whole Pentagon's war-fighting thingy. Indeed, who am I compared to some political "scientist" from some Ivy League prestigious school who saw so many pictures of weapons and was taught history in which the United States won all of its wars starting from Peloponnesian, Punic and Napoleonic wars. Of course, at this stage one has to ask a very simple question and a painful one: how far the United States lags behind Russia (and China) in hypersonic and laser weapons. Honest answer in terms of hypersonic ones, genuine hypersonic weapons capable of receiving targeting, flying, including within atmosphere, being controlled, locking on target and hitting it--as I say non-stop, at least a generation.  I am not sure about lasers, though, and we all know the real, unimpressive, putting it politely, state of the American air and anti-missile defenses. Here, the lag is not one but several generations. As Pink Floyd sang:

And then one day you find ten years have got behind you
No one told you when to run, you missed the starting gun

The United States missed the starting gun on Revolution in Military Affair in 1990 when it convinced itself, against the overwhelming empirical evidence, that is can fight a peer (or near peer) and win. It can't and that is why America is so dangerous today--she is always at the precipice of a historic miscalculation which will see her military's destruction thus triggering the only response the United States has as an option--nuclear.
In a tragic development:

Within hours of the US withdrawal from Bagram - the largest air base in Afghanistan and the longtime hub of America's longest war - looters rolled in. The looters stole laptops and gas canisters from the base, said Darwaish Raufi, a district administrator for Bagram, The New York Times reported. Raufi said the US withdrawal from the base was done overnight and not in coordination with local officials. "Unfortunately the Americans left without any coordination with Bagram district officials or the governor's office," Raufi said, the Associated Press reported. "Right now our Afghan security forces are in control both inside and outside of the base."

Why tragic, you say? Because against better advice and help from friends and even "foes" alike (Russia aided the United States mightily in Afghanistan), the United States accomplished nothing there and it is up to someone else to clean this mess up and deal with a triumphant Taliban. Guess from three times who will be cleaning this goddamn mess, while the United States runs and there are huge issues with...

The Biden administration asked three Central Asian nations to temporarily house thousands of Afghans who worked with American forces and could be targeted by the Taliban as U.S. and NATO troops withdraw after nearly two decades. The U.S. has asked Kazakhstan, Tajikistan and Uzbekistan to take in about 9,000 Afghans who assisted with the American military’s invasion and occupation of the country, according to three people familiar with the request, who asked not to be identified discussing private deliberations.

For now, Turkey wants the job in Afghanistan. Let them, Erdogan still thinks in terms of the Great Turan forgetting, of course, that it is the 21st century and Turkey simply has no resources to accomplish things of this scale and nature. Of course, he should remember that neighboring Iran and Pakistan have their own designs in Afghanistan, so it will be fascinating to observe events unfold in that locality.

"There is a literature and a common perception that the Soviets were defeated and driven from Afghanistan. This is not true. When the Soviets left Afghanistan in 1989, they did so in a coordinated, deliberate, professional manner, leaving behind a functioning government, an improved military and an advisory and economic effort insuring the continued viability of the government. The withdrawal was based on a coordinated diplomatic, economic and military plan permitting Soviet forces to withdraw in good order and the Afghan government to survive. The Democratic Republic of Afghanistan (DRA)managed to hold on despite the collapse of the Soviet Union in 1991. Only then, with the loss of Soviet support and the increased efforts by the Mujahideen (holy warriors) and Pakistan, did the DRA slide toward defeat in April 1992. The Soviet effort to withdraw in good order was well executed and can serve as a model for other disengagements from similar nations."

It took the alcoholic and degenerate Yeltsin and his cabal of "reformers" to shut down any help to Najibullah's government. Otherwise, we wouldn't have had what we have today in Afghanistan, we might not have had a tragedy of 911. But the United States runs and utterly corrupt regime in Kabul starts counting its last months, probably weeks. We will, I have to sadly admit this, witness a tragedy of many people in Afghanistan again, those who believed at some point that some positive change was possible in that cursed land. Boy, they were wrong. As de Saint-Exupéry once prophetically uttered: "You become responsible, forever, for what you have tamed." Many people in Afghanistan will learn now that the United States doesn't have responsibilities and is non-agreement capable. But hey, "let's declare a victory and leave" principle is as American as baseball and apple pie. 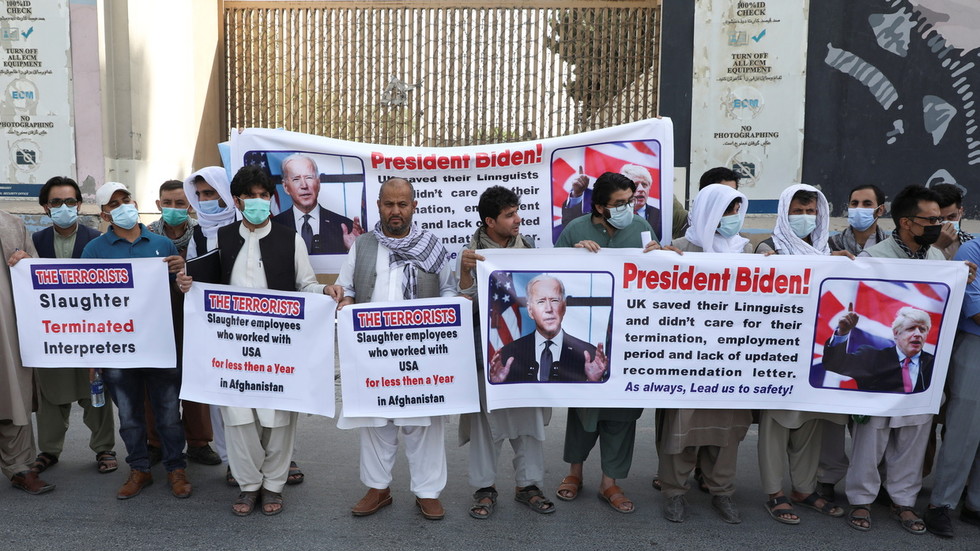 But I always recall those Afghan girls who started playing women's soccer--a crime in the eyes of Taliban. What will happen to them? Remember, we are responsible for those we have tamed. Now, watch Russia, her actions.
Posted by smoothiex12 at 1:14 PM