UAC continues its striptease with a new combat aircraft and now posted extended version of what is its brand-new single-engine fighter.

Judging by the look of the nozzle, it is thrust-vectored and the thing will be super-maneuverable, which is the feature of all Russian dedicated fighters. Also some explanation. This is an exhibition mock-up:

This is the actual aircraft capable of performing and, probably, one of the test prototypes. 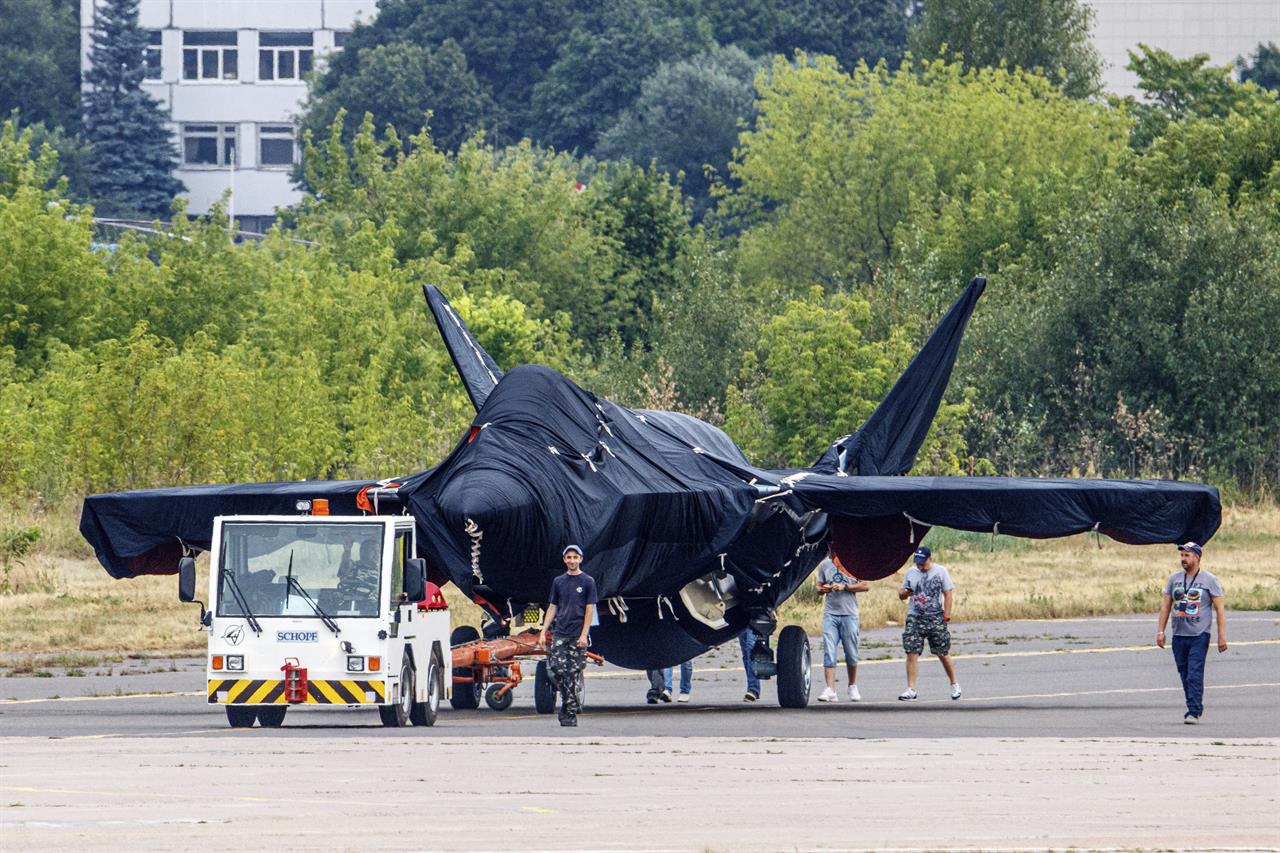 Exactly, libertarians ARE NOT conservatives, in fact, as I said it many times, America's "conservatives" are not real conservatives since they will shit their pants trying to defend the core interests of America's main builders, who happened to be primarily, not exclusively, WASP, Italians, and people of mostly European descend. Well, now we have "conservative porn stars". I do admit, though, Brandi Love (for a gang-bang--I believe they pay per diem, I mean per cock) looks decidedly better than notorious Stormy Daniels, despite being older and I attribute this to the fact of Brandi Love's "conservative" lifestyle. After all, one has to keep oneself in form being subjected to so much thrust-vectoring by so many "actors", if you know what I mean.
Posted by smoothiex12 at 3:15 PM