How You Name The Ship...

I didn't want to do it, but here it is. Since I didn't serve around Vladivostok so I do not know for sure configuration of Russia's territorial waters there, I just know that in accordance to 1984 document, and that is what US, or whoever runs it today (is there anybody out there?), refers to, stating that Zaliv Petra Velikogo (The Peter-the-Great Gulf) is not exactly Russian waters. Here is what the US Navy had to say:

The U.S. 7th Fleet issued a statement that said the McCain had operated in accordance with international law, and that Russia had in 1984 illegally claimed the area as "internal waters." The boundary claimed by Russia is "inconsistent with the rules of international law as reflected in the Law of the Sea Convention to enclose the waters of a bay," according to the U.S. statement. International maritime boundaries are typically recognized a certain distance offshore. During the Cold War, the Soviet Union claimed a large portion of the Peter the Great Gulf — which Americans refer to as a bay — beyond these traditional boundaries. The U.S. and its allies reject this claim. The 7th Fleet said that McCain’s operation was intended to demonstrate that these waters are not Russia’s territory.

I kinda put together what it may look like in terms of the Gulf, distance measure black lines very roughly following those basic lines, which Russia considers her territorial waters. If someone will have the time (I am simply lazy to go over it in detail) and finds the actual maps, feel free to post it in discussion. 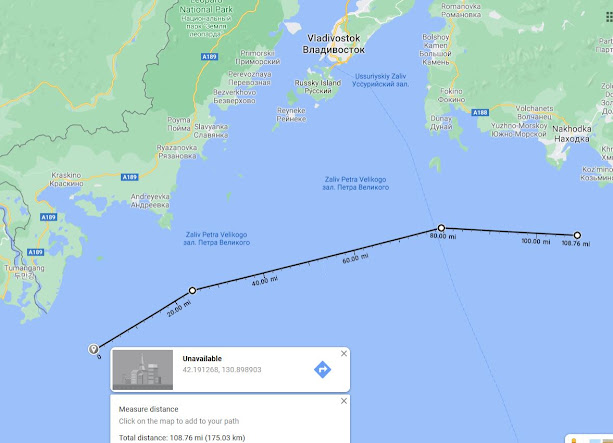 This is not the first time the US Navy tries to exercise "freedom of navigation" thingy. Before this one, the latest one was in 2018.

Generally speaking, this whole thing has nothing to do with FONOP (Freedom of Navigation Operation) but with the United States being very interested in things around Bolshoy Kamen, where a mastodon Zvezda shipyard is located, and especially parts of it where all those Oscars (pr. 949A SSGNs) are refitting for who knows what kind of weapon systems, wink, wink. 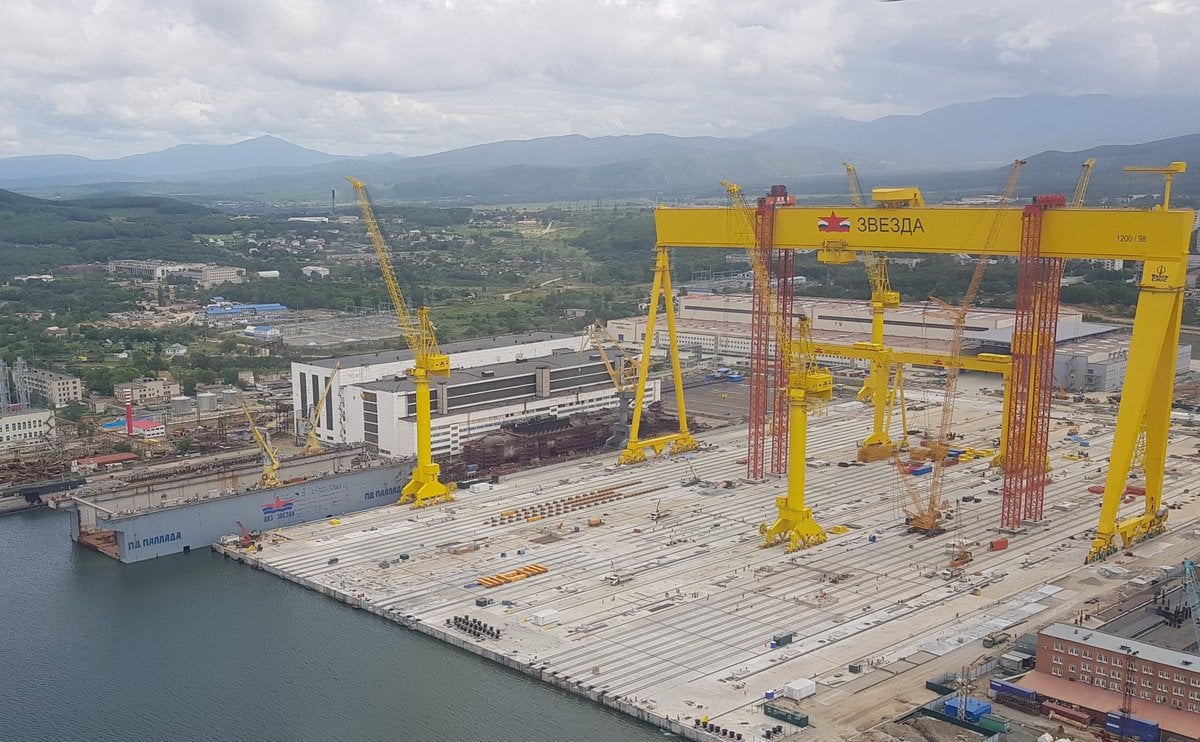 Photo above is the old one, today Zvezda looks like this: 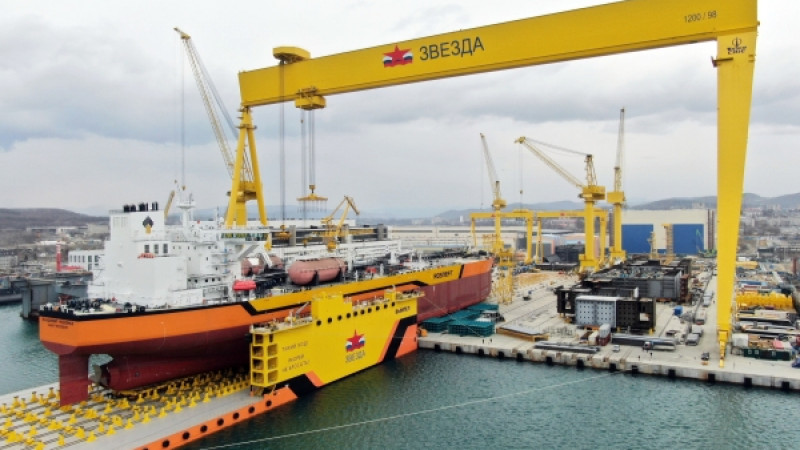 An extremely busy (loaded to the hilt with orders for major ships) shipyard. So, why not get closer to it; this, plus good ol' signal collection, plus the main base of Russia's Pacific Fleet is there, so you get my drift. Come on, we all know that curiosity is a natural trait of humanity. This, plus showing off. Russians sent out Admiral Vinogradov to shadow the American ship. But the problem with the American ship was the fact that its name is DDG-56  USS John McCain. You know, symbolism, especially when one (US side) declares that it sails and flies wherever it wants to (BS, of course, but for the sake of argument), US 7th Fleet should have known when dispatching DDG-56 to demonstrate anything to Russians that Russians know about late Senator, after whose admiral father DDG-56 was named, as much, if not more, than Americans and this particular American "hero" in Russia is a clownish, very comedic, figure and, as was expected, Russian web-sphere exploded with acerbic comments which I prefer not to post here. But as you might expect the most neutral was tongue in cheek "It is how you name your ship". So, let's put it this way--McCain's family is not taken seriously in Russia and the father, whose name DDG-56 bears, can thank his son for parading himself as mentally unstable and bile and revenge-driven person which gave this aura to the whole McCain seed.

Naturally Admiral Vinogradov did what Russians traditionally do--promised to ram DDG-56 if she is not going to leave Russia's territorial waters. DDG-56 left the Gulf and the whole scene was reminiscent of Ilf and Petrov's comedic masterpiece 12 Chairs. Sorry for my non-native Russian speaking friends but I couldn't resist. LOL.

On a more serious note, at some point of time Russians may get tired of this BS and may "accidentally" find a way to pay back with the same coin. If simple Russian intelligence ship created a shitstorm in US media, while being well in the international waters, can you imagine what happens when completely modernized Admiral Nakhimov will undertake round-the-globe trip to check on its new rather lovely weapons and sensors suite and will sail near the United States. I guess we all are entering the time of great tribulations and the less everyone show-off the better it will be for everyone, but one may only hope. So, don't hold your breath.
Posted by smoothiex12 at 8:47 PM