Andrei Raevsky's (the Saker) resource does a great job providing some needed translations from Russian to English. One such translation was done today. It is a straight-forward summary of what we really all experienced in the last two decades about Putin and people behind him. Here is an excerpt from Saker's translation of Victor Anisimov's piece:

We know little, only what is shown to us by our and foreign media, which also doesn’t know any more than we do. And so we, with our “knowledge” scraped from the media, undertake to criticise Putin, who possesses considerably more knowledge than we do, saying that he “was mistaken”, that he “did not venture”, that he “was afraid”, and so on. In our faultfinding we resemble these “internet experts”, I only ask that offense isn’t taken if someone recognizes himself or herself in this description.

I also liked Anisimov's portrayal of many of those "experts". 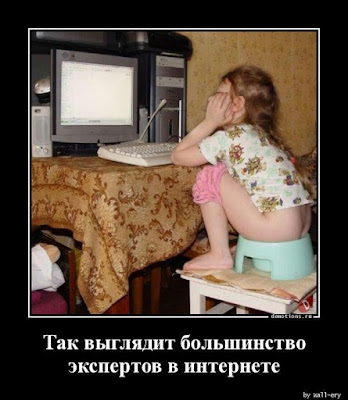 Yet, despite all screams of "bloody murder" from both Russia's "left" (primarily from Commercial Party of Russian Federation, also known as "communists") and the "liberal", a euphemism for Western grants' sustained creeps, such as Navalny, flank, Russia somehow carries on and, all things considered, is doing rather well. As Anisimov notes:

So who you are, “comrade Putin”? And who sent you to Russia, literally at the “last moment”? When it already seemed that Russia died and disappears from the world map! So who you are, the saviour of Russia? Will we have answers one day?

I know the feeling. Last May I and my friend from Baku childhood and naval academy, a former submariner, were sitting in the Georgian (ahh, yes, I know--good timing) restaurant Suliko, right behind magnificent Kazan Cathedral in St. Petersburg and he told me almost to the letter exactly the same thing. He said it was a miracle, I agreed. But then again, historic Russia's existence was always fogged by a bit of a mystery and a miracle, I would say. Many times in her history Russia was on the edge of oblivion and each-time some strange force pulled her back from the precipice. In a strange coincidence, this piece came out day after I watched (yesterday) Putin's unannounced visit to Irkutsk to deal with catastrophic flooding in the area and people displaced by it and by incompetence (and corruption) of local bureaucracy. This is not a photo-op or setup. Media always follow President. You can see and literally feel why majority of Russian people know that he is THEIR President. Don't forget to turn on Close Caption.