No, it is not about monster Zvezda shipyard whose portfolio now is more than impressive:

The news is actually about Krasnoye Sormovo shipyard which in 1960s-80s was known for building project 670 SSNs (NATO Charlie-class). The shipyard for all intents and purposes was dead by the end of 1990s--courtesy of young "effective managers" (euphemism for thieves and criminals) who apart from being greedy are, for some reason, incapable to produce anything of value. Yet, the shipyard endured somehow and after recovery started to build ships again. Here is the economy of scale kicking in:

Krasnoye Sormovo Shipyard, a unit of Russia's largest shipbuilding company United Shipbuilding Corporation (USC), has been awarded a contract to build dry cargo ships under Project RSD59 for State Transport Leasing Company (STLC). Three vessels from the batch are set to be delivered by December 2019, another four are to join the fleet by the end of 2020, while the remaining four units would be delivered by the end of 2021. According to a press release, Krasnoye Sormovo has won an open competition for construction of 11 ships over a period of three years, by the end of 2021.  Krasnoye Sormovo shipyard was the only participant of the competition announced by STLC. The tender is valued at approximately 10.67 rubles (US$161 million). This is the third series of RSD59 ships ordered by STLC to Krasnoye Sormovo. The first series of five ships was completed in October 2018, the second one numbering four units is under construction.

These 141 meter long, 8,093 tons of DWT (for sea), vessels are nothing to sneeze at--these are very respectable dry and general cargo transports capable to navigate Russian rivers and coastal sea areas. 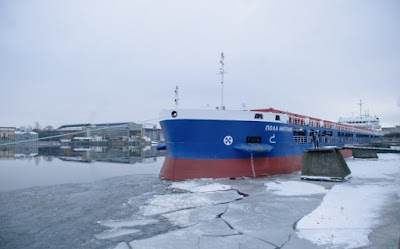 And here is the question--what's the deal with this "economy growth" thingy, which, supposedly, barely grows? Russian "opposition", especially its so called liberal part is in constant agony of this backward "Russhka", yet this "backward" country seems to be doing pretty well in restoring once mighty shipbuilding industry. The first one, medium tanker for Russian Navy, Academic Pashin is on trials now. 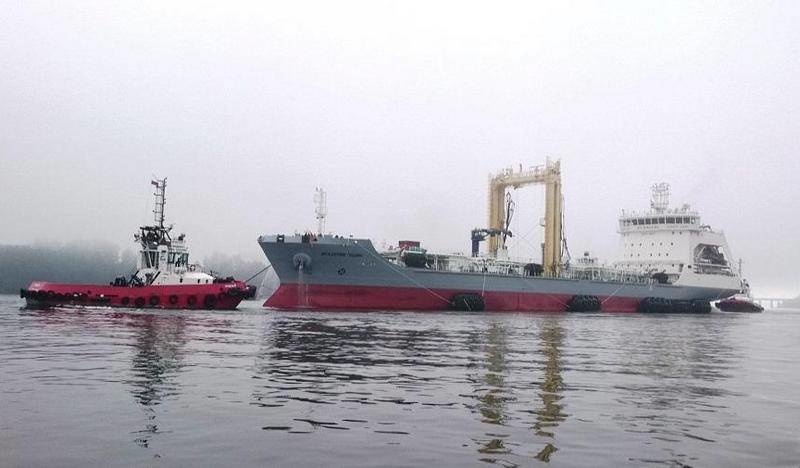 Really fascinating how things pick up speed in Russia. Which merely confirms some of my suspicions on what really drives Russia's economic policies. For people who fanatically believe in monetarism and post-industrial myth it will be very difficult to comprehend how, somehow, Russian industry is not only increasing the number of enclosed technological cycles, but is getting ready for space arms race. There were some other, non shipbuilding related news--about MC-21. Borisov today stated that MC-21 by 2022 will be localized 97%. That means that 97% of parts for MC-21 will be manufactured in Russia. What are the remaining 3%? Who knows, some electronic parts, maybe some other few trinkets. Judging by the way MC-21 will be introduced into service through Aeroflot, which is main MC-21 customer (wink, wink), one has to ask--what does this remind me of?
Posted by smoothiex12 at 2:04 PM