OK, it's Friday, so let's address an existential issue of this blog and, in general, of my internet persona. I'll start with a small very real and creepy fact--we learned about it through COSTCO which couldn't properly process our card several years ago, namely of my wife's (I believe she was returning something), because there is another Andrei Martyanov living on the US East Coast and his wife has the same name as my wife. Well, it took COSTCO 20 minutes to figure this out and, needless to say, we were entertained, to put it mildly. So, when trying to open all kinds of accounts, including this blog at the Blogspot--guess what, all those Martyanov sons of bitches interfered greatly in the process of account name choosing, plus other people, of not Martyanov's variety, for some goddamn reason, also loved ALL monikers I love--I may share with one of them, under which I am known at famous Balancer's forums in Russia, Popsicle. Yes, this damn moniker was also taken, as were all others.

After numerous attempts of trying to find an original for be that some forum or gmail, after hours of desperation, I, completely randomly, tried Smoothie, as you may have guessed it, this too was taken. It was only after adding X12 that my agony was over--this moniker was available! So, I succumbed to the association with a risky internet name but I was glad to have something, which after years became closely associated with me. Sadly, as I learned it the hard way, as it turned out many sites which specialize in internet camera pornography (such as live shows) have, periodically, ladies (I am not sure about gay men) who go under monikers such as Smoothie (Duh!) while performing masturbating acts for the internet cameras. I know for sure, I can see referring websites and once in a while I have visitors (very few of them) who stumble upon my blog through the search for specific ladies with Smoothie monikers. I, obviously, do not do pornography on camera, because the only category of viewers I can attract will be that of the old ladies on medicaid and this doesn't pay much, so, naturally, I concentrate on military-political analysis, plus my wife would strangle me anyway. I, however, can only imagine shock to the people who search for pornographic Smoothies when they stumble upon this blog and witness the most atrocious type of masturbation--an intellectual one.

But this is not the end of my troubles. Here comes a big one. You see this guy? 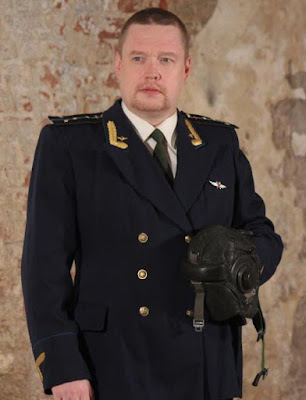 This is Andrei Martyanov, a famous Russian sci-fi and fantasy writer (dressed here in the old uniform of Soviet air fleet, before WW II, I believe, could be wrong). He graduated Military Medical Academy and worked for Russia's Emercom as a doctor. This is NOT ME. I already had few occasions on which people in the US thought that this was me. Well, this Martyanov is a decade or so younger than me and, of course, he never graduated my Alma Mater and never served where I served. You all saw my mug at the cover of my book and, as you can see, I am nothing like Martyanov, you know--the other one, or ones, for that matter. Here is the real one: 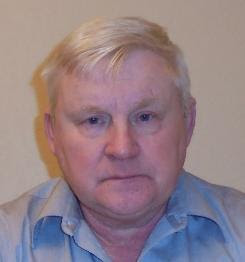 Look into these eyes, these are the eyes of a man tortured by mortgage, irregular garbage pickup schedule and lack of sleep. That's me and I have no relation to Martyanov above me, nor, for that matter other Martyanov sons of bitches, on all continents, who conspire daily and nightly to steal my glorious, widely popular in very narrow circles, identity. So, whenever seeing SmoothieX12 moniker popping up amidst a truck load of links to pornographic sites in internet searches, know then--it is me who labors day and night to clear a good name of all kinds of Smoothies (both drinks and humans)  by means of engaging in a wonderfully boring business of studying reports and reading news on geopolitical and military matters. So, it is Friday and the time to relax, and not in a front of the camera, if you know what I mean;-))
Posted by smoothiex12 at 1:48 PM