When You Begin To Lose...

A Faith in humanity, after events such as this:

It was a feel-good story for the ages — a homeless military veteran’s random act of kindness and a New Jersey couple intent on helping him get back on his feet during the holidays — that inspired people to donate more than $400,000 in an online fundraiser when it went viral last fall. But prosecutors say Mark D’Amico, Kate McClure and Johnny Bobbitt Jr. fabricated the story in an effort to raise money for themselves. “The paying it forward story that drove this fundraiser might seem too good to be true,” Burlington County Prosecutor Scott Coffina said at a press briefing in Mount Holly, N.J., on Thursday afternoon. “Unfortunately it was. The entire campaign was predicated on a lie.”

Suddenly some guy comes around and restores your faith:

Allyn Pierce didn’t think he would survive last week when his truck was surrounded by flames as he attempted to escape the deadly blaze in Paradise, California. Instead of driving to safety, the registered nurse decided to turn around — back into the flames. Pierce, who reportedly manages the ICU at Adventist Health Feather River Hospital, helped evacuate patients from the burning hospital as the massive Camp Fire drew near Thursday morning. Shortly after, he rounded up a few of his colleagues and attempted to drive them to safety, according to New York Times reporter Jack Nicas. “Like many residents in Paradise, they quickly hit gridlock,” Nicas wrote of the group in a tweet on Monday. “But unfortunately for them, they were stuck in the middle of the fire. Flames licked at the side of his truck, and as Allyn watched other cars catch fire, he thought his was next.”

Here is Allyn's truck after he helped save old patients from hospital about to be burned. 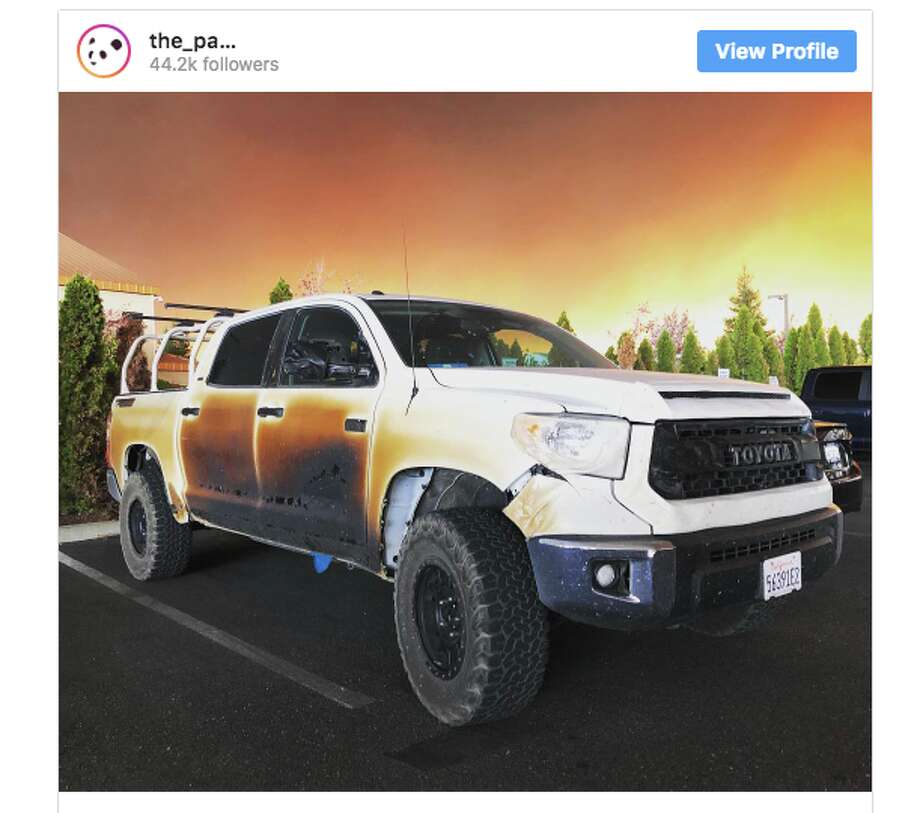 Pierce wasn’t the only hero of the day. Tamara Ferguson, also a nurse at the hospital, detailed the harrowing evacuation in a Facebook post last week. Ferguson revealed that she and her co-workers ended up briefly caring for patients in the garage of a nearby home as they attempted to flee the burning area.

Allyn's words in conclusion, however, is what summarizes it best:


“Now all of us are like, ‘Oh, this is what we do,’ ” Pierce recalled to the Times. “We’re terrible at burning to death, but we’re amazing at taking care of people.”

Just your everyday, average...true heroes who risk their lives for others. It had to be better ending than that, albeit not losing a single patient to a fire is a huge reward in itself. But Toyota saw it:


“We are humbled you’d risk your life and Toyota Tundra to drive people to safety. Don’t worry about your truck, we’re honored to get you a new one!”

Isn't life worth living when such people are living next to you? I think it is.  And these are precisely the types of stories and people who should dominate media.
Posted by smoothiex12 at 2:04 PM