If you expect me in this post to present you with numbers and tables, which prove that the Nuclear Energy is here to stay and will serve as one of the pillars of national sovereignty-don't. For any common sense and even mildly educated person it is very easy to arrive to the conclusion that nuclear power is the path to the future. For anyone who wants to see what may happen when people fail to understand this, look at Germany, who, if to rephrase famous Russian XIX century "zapadnik" (westernizer) Chaadaev, "We belong to those who are not an integral part of humanity but exist only to teach the world some type of great lesson." Should Chaadaev have lived today he would have been stunned to learn that his characterization of Russia and Russian people applies to Germany fully and nowhere more so, apart from cultural suicide policies, to her energy policy pushed through by German influential Green Party.

Let's clear some things out of the way immediately. I am not some "ultra-right wing nut", who usually are presented as ignorant and arrogant in media. No, I am not that. I do, however, think that what is known today in the combined West as "liberalism" is a sort of mental illness which has very little to do with classic old left, of which I have a fairly good understanding. I am talking about what some people, wrongly, define as Cultural Marxism. Old Marxists would lock modern environmental lobby in the psychiatric ward. I am, however, in many important respects a conservationist, I love nature and am not into the recreational hunting. I wouldn't kill an elk unless my livelihood depended on elk's meat and skin, I also would kill a bear only if my life depended on it--I love God's creatures and prefer them sorting things out between themselves (almost) completely on their own. I do not deny climate change, I deny this change's anthropogenic only reasoning. Of course humanity pollutes and is, in some respects, detrimental to Earth. But so are the cows who fart like crazy and thus contribute to global warming according to some "environmentalists". I do consider green movement and its green parties to be the shills for globalist "elite" and as being clear and present danger to not only national security of any nation where those former hippies and outright nut-jobs are politically active but to humanity as a whole and I don't buy their crocodile tears about the fate of Africa and other third world hell holes, since for those backward and miserable places to have at least a shot at normal life they have to industrialize and that means only one thing--energy. No energy, no economic development, period--this is not a theorem, that is the statement which needs proof.  This is an axiom, a self-evident truth.

Evidently Swiss still understand that standard of living, culture and more or less democratic practices of society depend directly on production of energy. In the absence of major rivers and thus inability to employ vast water resources for energy production Swiss are dependent on their nuclear power stations and they voted "NO" on the plan promoted by Swiss greens. Considering how stupid and brainwashed many Europeans are, this is not a  bad result, even if to consider that the gap between opposite sides of this referendum was not that great: 54.2 percent to 45.8 percent. But then again, Swiss have a great example, Chaadaev's "great lesson" in how not to do things, to the North of their picturesque country.

This is what happens when serious industrial sectors are run by the idealistic (a euphemism for incompetence) ideologically-driven fanatics. Is it just energy sector? Of course not. We all know how Germany, completely on its own volition, introduced the poison of  "refugees" into its own blood stream and where it is all headed now. Remember Green Party Mayor of Cologne? Obviously, greens of all shades will continue their push for insane, often anti-scientific, policies, be it Europe or North America. But as recent US elections have shown, there is nothing that can not be undone when we are talking about livelihood of people. Pseudo-scientific green utopia in which humanity is reduced to the Earth-worshiping, "organic" food eating, peasants with a minimal carbon footprint, while windmills and solar panels provide the energy for the dwellings and monuments to Elon Musk are erected all over the planet. This utopia is just that--a utopia and all "greens" better get used to it. They might as well recall a famous saying that road to hell is paved with good intentions. In case of "greens", however, even intentions are not good since they lead to a totalitarian society--exactly as globalists, ahem, forgive me..."nature" intended. 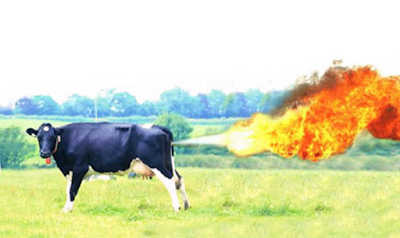