I wanted to post today some eve of Thanksgiving stupid joke and wish everyone who celebrates this holiday a wonderful time. You know, the local turkey has been arrested for fowl play, that kinda thing, when the boat of my peaceful disposition and delight in anticipation of having a cigar and bourbon this evening struck a Holy Moly underwater rock. It struck it hard and all my fuzzy feeling flew out of the window.

SEATTLE (AP) — Eight children asked a judge to find Washington in contempt for failing to adequately protect them and future generations from the harmful effects of climate change, part of a nationwide effort by young people to try to force action on global warming. The petitioners, between 12 and 16 years old, asked a state judge Tuesday to step in and require the state Department of Ecology to come up with science-based numeric emissions reductions.

I have an idea, why don't we appoint 12 or 16 year old kids to the government and corporate offices? Especially the way physics and math are taught (or rather not) in US public (and even many private) schools it is a really good idea! Hey, nothing wrong in having a 14 year old embryo of Social Justice Warrior and future enforcer of tolerasty as, say, hm... Boeing's Quality Control Manager. I am sure the baggage of scientific knowledge of such a kid is more than sufficient for handling the safety and quality of modern passenger jets while being built. Indeed, if those kids already have a firm understanding (wink, wink) of all reasons behind Climate Change why not? What could possibly go wrong? To parents of those kids (or are they from those "progressive" families where kids have equal word with parents?) I would, however, suggest to start with themselves and drastically limit their and their offsprings' carbon emissions by refusing to use cars (even if those are Priuses), computers, their smart-phones and go take a crap into the nearest field or, in the case of Seattle, forest. I would also withdraw those kids from their school, thus reducing the size of the classes there (after all, schools consume electricity and heat). Not only it will be a good exercise in social consciousness but it also will reduce greatly the impact on our atmosphere, as well as on the mental state of the American society which has a lot on its plate as of now on its way to at least some semblance of sanity. 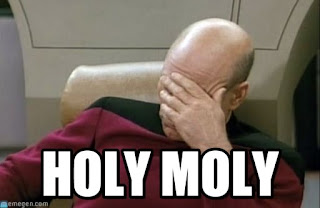 If those kids are so "advanced" and "scientific", that they are ready to solve global problems, we may allow them to perform lobotomy, which should have been performed on those who taught and brought up these little turkeys. The best way, however, will be, when they grow up, is to throw them in the boot camp in Marines and let them feel what really matters in life. I will discuss the issue of climate change (climate is changing--there is no denial of that) later. For now--Happy Turkey Day.
Posted by smoothiex12 at 7:59 AM