Mr. Obama, Russian Army Is Neither Second, First Nor Fifth In The World.

It is impossible to explain to Harvard lawyer that Russian Armed Forces are not interested in being ranked by anybody, as Obama tried to do in his press-conference, together with Italy's PM Renzi, remarks today.

"We think that Russia is a large, important country with a military that is second only to ours and has to be a part of the solution on the world stage rather than part of the problem,"

Russian military is in the business of defending own country and as such has a track record without equals in the military history: from Teutonic Knights, Mongol--Tatars and Polish Invaders, to Napoleon and Hitler--these last two, accidentally, also loved to "rank" Russians. We all know how it all ended. For overwhelming majority of Russians war is not a joke and not a Hollywood movie--it is a historic reality spun over a millennium and ingrained in Russian cultural code. Russian Armed Forces have to be good at only one thing--destroying the enemy who tries to attack Russia proper and in her vicinity and in this business, as thousand year long history testifies, Russians are damn good at it. Probably, best in history. For some strange reason Russia simply does not like to be conquered, what a loser--doesn't Russia know about all benefits US "democratization" brings to people (I am being facetious, of course). Any "rankings" by anyone, be it POTUS, be it some "think tank" or some second rate journo from some faux-geopolitical rag--all of it is meaningless and reflects absolutely nothing as pertains to real military capabilities honed for achieving specific military-political goals, as stated in the military doctrine. Russia's Military Doctrine is explicitly defensive and does not, unlike it is with the US, define Russia as a "leader" or "global cop".

Well, when speaking of Obama today, one has to bring his famous "Russia is a regional power" snafu and "Russia's economy in tatters" up. One has to, it is impossible to avoid it, especially against the background of voices within US who, however reluctantly and insincerely, begin to admit that basically they have no clue. Putting Russian Army in the 2nd, 5th, 1st or 21st place makes no difference for the cold hard fact of Russian Army today being able to conventionally defeat any opponent in her immediate vicinity. That is what Russian Army is designed for, that is how it is built. Russian sphere of vital interests is well defined and it is not global, it is, indeed, regional and, as Sergei Karaganov noted: "Russia will never again fight on her own territory". But these are capabilities which are characteristic of a superpower. Once the nuclear deterrent is added up here, the picture emerges of what Russians were longing for centuries--of the nation whose borders are untouchable. It also moves Russia into the status of whatever power label is in vogue today: super, pooper, hyper or great. But one is literally forced to ask Obama:"Mr. President, if Russia is a "regional" power, whose economy is in "tatters", how, then, this ever-declining power managed to built this military which is "second only to" US?" How does it work? Can Obama answer this question? I am sure his advisers will come up with something.

But for the foreseeable future two things will remain the same--West "elites'" total ignorance of Russia and Russians and repetition of the mantra of US "providing global leadership" and with it running good ole' USA into the ground for the sake of narrow, greedy, cosmopolitan "elite" who has no loyalty to majority of the American people. Yet, this Obama's admission today is a stark indicator of lack of any serious foreign policy strategy for the US. It was on Nobel Peace Prize Laureate Obama's watch that United States officially has become a supporter of Al Qaeda and other Islamic terrorists. In this case, knowing whom Russia is dealing with today, it seems only natural for Russian Armed Forces to become, indeed, second to none in what they do--defend their own people. In this sense, Russian Armed Forces are on their way to become number one in that. After all, as Russian Emperor Alexander III succinctly observed: "Russia has only two allies--her army and her navy". And that is the essence of Russian history. 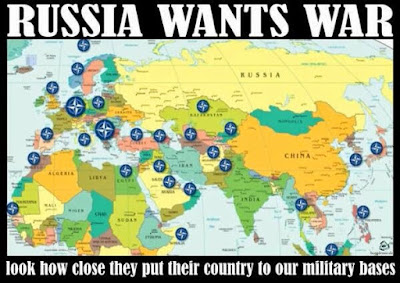