Rebels, aka "moderate terrorists", aka "unicorns" are a hot commodity as of lately. Even Reuters is forced to admit: Ahrar al-Sham is an ultra-orthodox Salafist group and has fought as part of a military alliance including the al Qaeda-linked Nusra Front, which was not part of a cessation of hostilities agreement brokered in February. Ahrar al-Sham, whose late leader fought alongside Osama bin Laden, last year denied sharing al Qaeda's ideology or having organizational ties to the group.

Sure, by this logic a rapist who just raped helpless victim can deny sharing ideas of rapists. Hey, how about this: a cynic murderer doesn't share the ideas of murders committed by himself before committing next ones. Why not? Yet, perverted and criminal as it is, there is a certain logic in US covering up for terrorists.

1. US foreign policy as of now is completely in the hands of neocons, whose Israel-first bias is not a secret. After sustaining a major strategic defeat in Syria by the virtue of not having Bashar Assad removed as the leader of Syria, they are desperate to support anyone, yes, including the most despicable lowlifes in last desperate attempts to prevent secular and potentially developed Syria demanding Golan Heights back. Israel would rather deal with potential terrorist enclave at its borders.

2. Obama is a petulant child who painted himself in the corner with his "Assad must go" and now, still, naively, thinking that he has any face left he is desperately trying to save one.

3. The Saudi influence in D.C. is massive. Next to AIPAC crowd, this is another cancer growing. Massive influence by this Saudi sh.thole in D.C. is bought by vast cash inflows into all kinds of lobbyist firms and think-tanks. Assad and, as follows, Iran behind him are Saudis' worst nightmare. They would rather have Salafist and other takfiris nut-jobs running a house of horrors on Syria's territory than allow Iran to have its way.

4. Larger picture, however, is even simpler. Russia's dramatic interference in Syria and its geopolitical impact make, to be frank, US look..well...not good. Allowing Russia having it all in Syria, despite the fact that it is already clear that the main Russian objective of having Assad and secular Syria preserved has been achieved, is unacceptable for US. US views Syria's situation through the prism of own humiliation, real and perceived, and is ready to do anything, including support for "moderate" terrorists as long as it impedes Russia taking full credit for destruction of ISIS. If it is Al Qaeda and its affiliates who can help US to do so, so be it. After all, US does have a long and "successful" history of supporting all kinds of Islamic "freedom" fighters, that is...ahem..jihadists and terrorists. 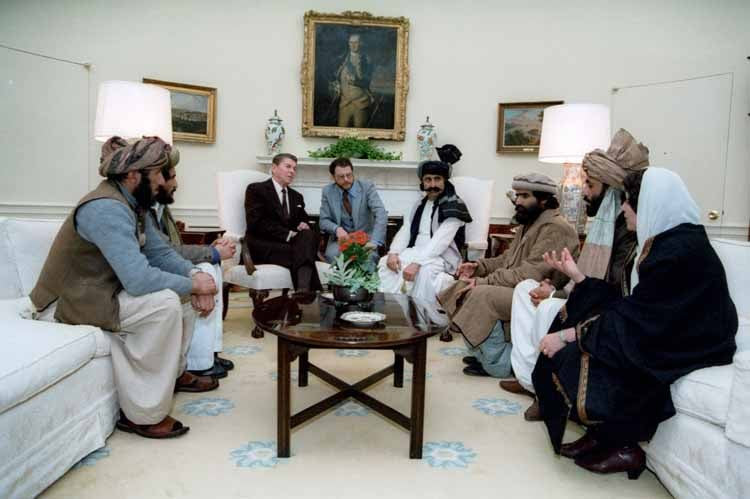 So, here it is. Yet, there is one detail here that is missing and that is a very important one. As a real ME scholar (who would eat for breakfast any "expert" from Brookings or any other pseudo-think-tank) Evgeniy Satanovsky points out, all this relative terrorist calm in the US is mostly due to...well, I'll quote:

The reason for the absence of resonance terrorist acts in the USA is a mute agreement between Saudi Arabia and Qatar who are the main sponsors of jihadism. It is decided to not touch the US in order to avoid the risk of repeating Afghan or Iraq scenarios. (c)

I may add--for now. Neither Europe, nor United States are really ready for jihad. They never were, no matter what kind of BS false "studies" from RAND or any other think-tank were produced in this regard. The lessons of 9/11 tragedy have not been learned and US (and its lapdogs France and UK, and, of all places, mighty Ukraine) continue down the slippery slope of supporting the most despicable enemies of civilization in feeble hope that it may somehow stop the march of history and what expects us all.
Posted by smoothiex12 at 6:34 AM