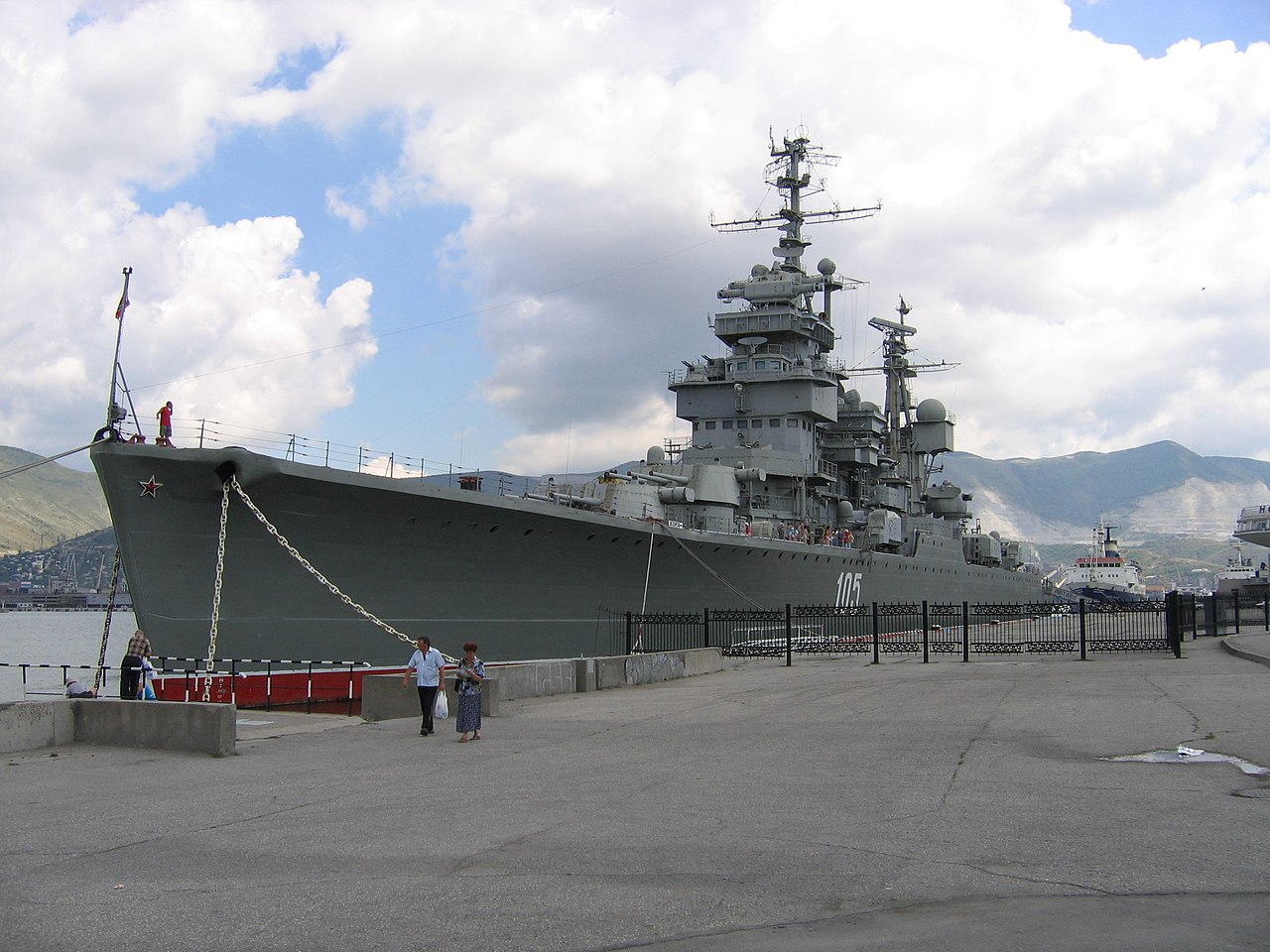 It now serves as a museum in Novorossiisk and it is named after the savior of Russia from Napoleon, Count and Field-Marshal Mikhail Illarionovich Kutuzov. Kutuzov owned Russian serfs and was a rather rich man. So was legendary Alexander Vasilievich Suvorov. Suvorov, apart from being generalissimo was a man known for a very uneasy character, he was a  nobility and among his illustrious military achievements, apart from owning serfs, is (almost) a suppression of Pugachev's peasant uprising. But Soviet Communists somehow decided that not only he (as well as Kutuzov) merited most prized WW II orders named after them, but Soviet Navy had another project 68-Bis light cruiser named after Suvorov. Here she is: 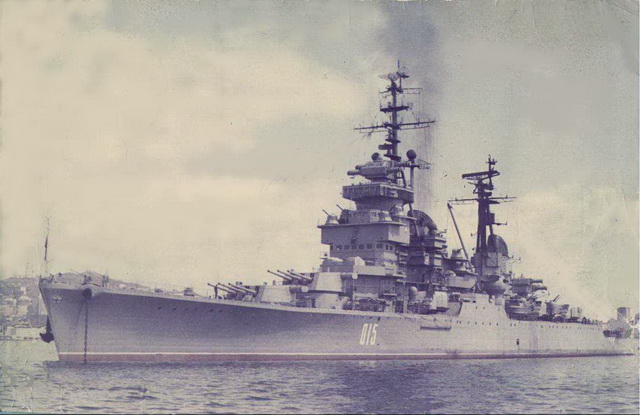 Of course, Soviet Communists continued with this tradition of commissioning ships and naming highest state awards after counts and princes, all those "class enemies" of "proletariat" and owners of serfs. But all that didn't matter--all those noble and very rich people did one thing--they fought for Russia. Nobody cared and cares what their opinions on exploited and suppressed Russian peasants were. Even communists recognized that. The class didn't matter, as long as it was for the greater good. But then again, Russians are so lucky, it is so easy for them--no matter who you are, once Russia was invaded, everything was secondary and the hero, be him a simple peasant or a prince, who could actually own this peasant hero, was and remained a hero.

Not so, evidently in the US anymore.

Gen. Milley has weighed in on the subject of military bases whose names are associated with the Confederacy. He also adds some value judgements, presumably his own, regarding Confederate Officers and soldiers: “Like the country it serves, the U.S. military is fighting an internal battle against racism, Chairman of the Joint Chiefs of Staff Gen. Mark Milley said Thursday, but old names and symbols of that enemy are present and strong enough to sow division. “Divisiveness leads to defeat,” Milley told the House Armed Services Committee. “There is no place in our armed forces … for symbols of racism, bias or discrimination.” The Civil War was an “act of treason,” he said. The south’s military leaders betrayed their nation profoundly, and still, many military installations bear their names, according to Milley. “It was an act of treason at the time against the union, against the stars and stripes, against the U.S. Constitution, and those officers turned their back on their oath.”He goes on to support the removal of Confederate names and presumably symbols from the defence forces.

Alrighty then. Not that I care in particular about Confederacy and I, certainly, have a natural revulsion towards slavery, but still--correct me if I am wrong--the American Civil War was fought not against slavery. The slavery issue came up well into the war itself not least through the actions of one Russian dude who commanded one Yanks' regiment. The war was about states' rights. Right? So it is rather a complicated issue since South just wanted to go its own way. The consensus existed in the US prior to this woke session by Milley today, that a sort of reconciliation was reached on the issue of the Civil War, in the end Robert E. Lee had enough courage to call for reconciliation--not an easy thing to do for a defeated side. Yet, today, in 2020, the events of 160 years ago still cannot let many people rest just because of slavery? Can you imagine Russians disowning Kutuzov or Suvorov for owning serfs? Peter the Great was a bloody tyrant, granted a genius one, should Russians disown him? Russians erect monuments to him.

A normal person looking at the United States today will be struck by the scale of self-immolation of the country which loves to proclaim itself to be a shining city on the hill. It is shining, all right, with the bright flames of its burning institutions, from military, to academia, to history to governance. But the flame of cowardice burns with blinding white flame and for such a country, which cannot provide for its historic continuity, for better or worse, there is no future. With George Washington, a slave-owner, waiting to be dethroned, his accomplishments be damned, the US will cease to exist as a viable entity both geographically and in spirit which was too weak to fight for own survival. But then again, I warned about that.
Posted by smoothiex12 at 10:37 PM