Russia As A "Gas Station".

Well, it happened. Make no mistake, not before some financial violations and outright theft were uncovered and labor issues were resolved, and not before the first launch was delayed by a day--automatics did the job. But the first launch from brand new space port Vostochnyi did happen today and it was a success. 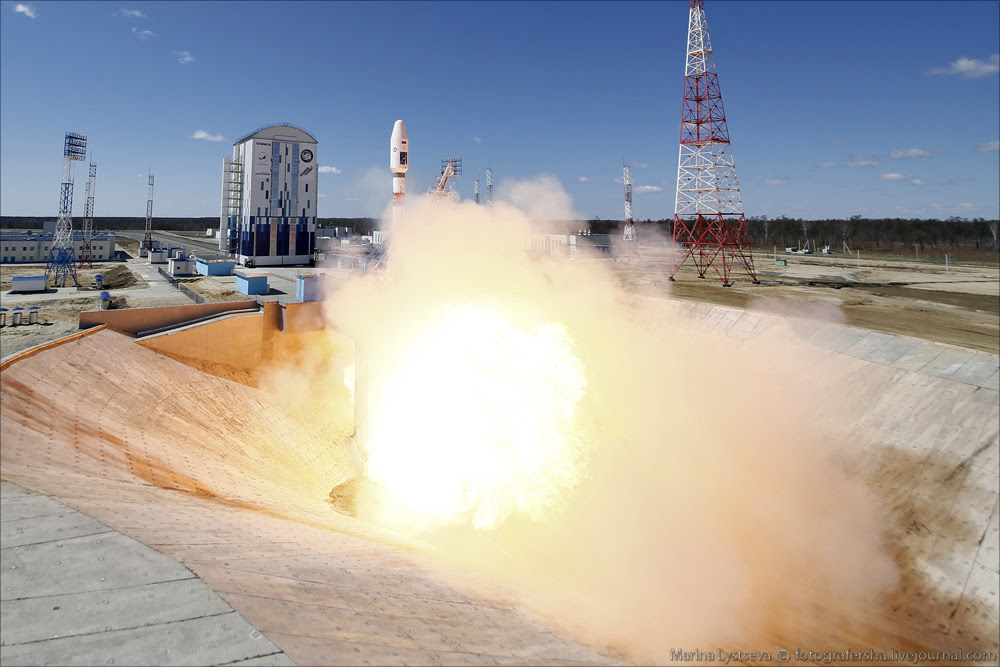 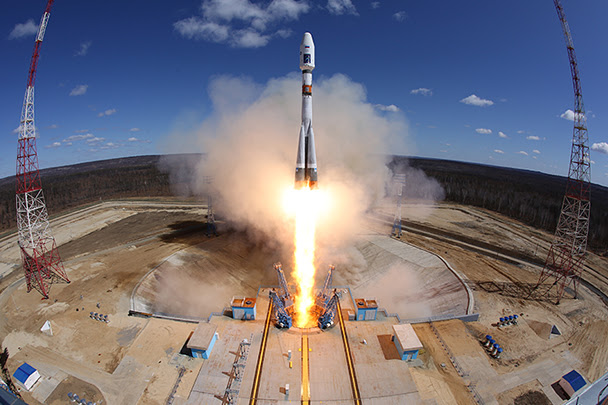 What is the significance of this event? It is enormous. But before I proceed with elaborations, here is a bit of a stroll down the memory lane. The name of the guy is James Oberg. He passes in the USA as an "expert" on Soviet/Russian space program. He wrote a truck load of books on the issue and, actually, does know some people in Russia and visited not for once Russia's space facilities. For decades the guy was a doom speller for Russia's space program.

Here how he positions himself (from his site):

Oberg is widely regarded as a world authority on the Russian and Chinese space programs. He has several times been invited to testify before Congress about the problems facing the Russian space industry and the prospects for China in space, and regularly lectures at government 'think tanks' on these themes. He is a Fellow of the British Interplanetary Society and in 1993 was invited to become the first foreign member of the Russian Academy of Cosmonautics. He is also on the editorial board of "Air & Space" magazine, sponsored by the Smithsonian's "National Air and Space Museum", and of SPECTRUM, the monthly magazine of the Institute of Electrical and Electronic Engineers, and writes a monthly column on upcoming space missions for 'Astronomy' magazine. He provides expert assessment and forecasts of Russian space industrial and technological elements for corporate and government clients.

Do you get my drift? Well, it is becoming a tradition in Western "expert" community to suffer from what Bryan MacDonald defines as Russophrenia--that is a condition where the sufferer believes Russia is both about to collapse, and take over the world. Since 2013, instances of this ailment have reached epidemic-like proportions in certain parts of Washington, London and Brussels.

Well, at least James Oberg changed his tune somewhat as of lately and he is, indeed, a good engineer--there was never doubt about that. However, by far  most seriously affected by Russophrenia are Russian-born "experts", such as odious Yuri Karash who peddles, very often to the point of being ridiculous, US "vision" of space and aeronautics, which is expected from the graduate of a bunch of US "Ph.D" programs in all kinds of pseudo political "science" fields. According to Karash, the prospects for Russia to break free of its tendency to commercialize old tech instead of developing new things is unlikely: “There is no coherent and logical space policy in Russia. Whatever happens serves the interests of separate groups, not national interests.” Karash of the Academy of Cosmonautics said that “space science programs will most likely just remain at the ‘propaganda’ level, with just enough funding for the state-controlled media to create an impression that Russian space science is still alive.”

These are people who have been proven wrong again and again and here is this "again" again, for all to see. What is their expertise' worth? Very little. But then again, this pattern repeats itself over and over again. See any mainstream Western "analytical" materials on Russia's military--a pile of rubbish mostly. Launching a new space port is a huge event since there are only a handful of nations in the world who can afford to do it and I don't mean just financial aspect of it. Obviously, creating such an immensely complex and truly hi-tech structure is enormously expensive. But most importantly, it is also a testament to the industrial prowess of the nation which builds one--from sophisticated automatics, to complex electronics, to software, to material science and, in the end, to the rocketry itself. This is what I long defined (see my Military Power posts) as main pillars of national might--enclosed technological cycle(s). Very few of those come more complex than that. Here are characteristics:

CHARACTERISTICS OF THE NEW COSMODROME

THE TECHNICAL AREA is designed to prepare the launch, including fueling. In 121 buildings totaling 170,000 square meters can accommodate 1,800 workers. Constructions, utilities and transportation lines are located in a 42-hectare area.

THE ASSEMBLY AND TESTING FACILITY OF THE CARRIER ROCKET is designed for equipment, assembling, incoming inspection and separate and integrated tests of the carrier rocket. It maintains a precisely preset temperature and humidity. The total area of the building is almost 45,000 square meters, and the height is 37 m.

THE SPACECRAFT ASSEMBLY AND TESTING FACILITY where space vehicles, upper-stage and launching units are prepared and tested. The assembly of the space ascent unit is carried out here requiring the highest air purity.

LAUNCH SITE – 83 buildings of total area of 45,000 square meters. Up to 270 people can work here simultaneously.

THE INDUSTRIAL AND CONSTRUCTION BASE – repair and engineering works, warehouse, highway authority, checkpoint, administrative and amenity building, 34,000 square meters in total.
THE TOWN OF TSIOLKOVSKY.  12,000 people will live here, drive their children to four kindergartens and two schools. There will be sports complexes, malls, cafes, restaurants and parking areas. The town is being built in two stages: at first for 7,000, then for 5,000 more.

In the end, Vostochny, as well as Plesetsk Cosmodrome, will be able to launch a family of brand new Angara rockets. Not too shabby for a country which is about to collapse and is unlikely to develop anything new according to many "experts".  It is also pretty good for a country which, as Senator John McCain thinks, is merely a Gas Station. Yet, there are some lessons to be learned from all that and some good to be taken out, especially against a very symbolic background of the 71st Anniversary of the meeting at Torgau on Elbe River on 25 April 1945.


Emphasis on bridge-building between Russia and U.S. at Elbe ceremony

It seems almost by providence that US and Russia are still tied very close to each-other in space. It is this frontier that holds both an enormous promise but also poses an enormous risk. It was always my contention that despite other nations entering the space age, none of them holds a candle to Soviet/Russian and American achievements in space. Both Russia and the US still remain true space superpowers, both have an immense potential in space exploration. Will there be a cooperation in both near and deep space (which is a way to go) exploration or will it be a dream buried by the geopolitical realities and heating up of the Cold War 2.0? I don't know, I am not an "expert" in the field but the possibilities are tantalizing. It is an interesting and symbolic fact that Alexey Leonov, a first man in the open space, was present three days ago at the dedication of  the monument to the Soviet-American linkup at Elbe in 1945.


Can there be a real linkup in space to eventually travel to stars?