On Events In Germany (And in Europe). A Rant.

When German Olympic national team emerged from the ramp into the lights of Sochi Olympic Stadium during opening ceremony, all my family burst in Homeric laughter. You can watch Germans march starting from 43rd minute here:

It was a bitter-sweet laughter. Initially, we, jokingly, were asking the question:"Why, oh, why did they put on these ridiculous outfits?" But eventually the laughter subsided and it became painfully clear that once great nation was being paraded as a bearer of the multicolored, "diversified" to the point of idiocy, all-inclusive ideology of tolerasty. Rainbow colors of German uniforms screamed the statement of German self-hate and self-humiliation. Russians DO have the right to pass these judgements. In fact, no two nations in the world are tied together, in a bizarre historical twist, so profoundly by blood and a bad one at that. Yet, this strange and painful bond produced an unexpected result of post-WW II Ostpolitik, with FRG becoming Soviet Union's main trade partner in the capitalist camp, while DDR being the largest one within the Warsaw Pact (also known in economic terms as SEV). But the roots of Russo-German love (and hate) relations go deeper, much deeper, to the times of Catherine The Great (a German herself) to vast numbers of Germans who got russified and settled in Russia, while contributing immensely to Russian culture, science, industry. Russian-German bond is cultural and for vast swaths of Russians names of Bach, Schiller, Kant and, yes, of course, Hegel, among many, are as important as the names of Lomonosov, Tchaikovsky or Tolstoy. Vast armies of Soviet, and now Russian, football fans admired and rooted for Bundesmachine of Franz Beckenbauer then, and for Bayern Munich or Borussia Dortmund of then Borussia's coach Jurgen Klopp today. Despite horrendous history between both, there was always a significant degree of Russian admiration for this distinct Germanness, which, in the end, was a sublimation of Russia's European aspirations.

There is a deeper meaning in Russo-German relations--it is the only AXIS capable of preserving Europe's independence and culture. It is also the possible economic powerhouse capable of dominating many crucial markets of manufactured goods. And that is why this nation, whose grim Teutonic genius once defined the face of Europe, was reduced today to the sheeple ready to continue with suicidal promotion of "European values" which are nothing more than the tool of eradication of, first, true European, and then, in sequence, of national identities of culturally shrinking continent. For any normal Russian, seeing Germany being reduced to a multi-cultural, sexually-deviant emasculated cloaca, whose elites are treasonous to German people and to true Europe, which grew out of the cradle of Christianity, is painful. Today, once proud people of Germany are represented by THIS (Green Party POS):

A collection of imbeciles, as it is, in general, the case with European "academe" and Parnassus, and "power elite" cowards who have no loyalty to anyone but to their pathetic political careers and suicidal ideologies which spell doom to European civilization. Yes, they will blame the victim instead of facing to the catastrophe they caused on their Continent. They would rather dress themselves in hijab and submit than stand up and state the truth--THERE WILL BE NO "INTEGRATION", as it never was in the first place, of the Muslim "population" into what is viewed as merely a collection of kuffar. Islam and European secular culture, which still breeds on the soil of Christianity are INCOMPATIBLE on the most fundamental level. For Anglo-sphere, the book by Christopher Caldwell should have served as a warning in 2008. It, of course, hasn't. 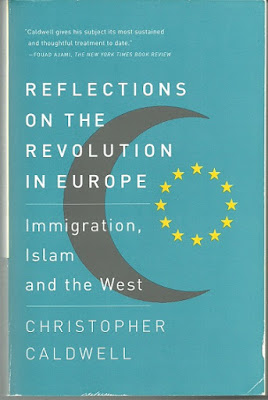 The war is on in Europe and the "West" is not ready. It was emasculated to the point of no return, which Elena Chudinova brilliantly summarized in her best-selling dystopian The Mosque Of Notre-Dame de Paris, accidentally, written decade before the much talked about Michel Houellebecq's novel Submission. 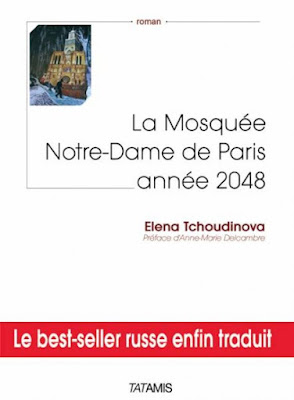 The tragedy of Germany and, as a consequence, of Europe is not in the lack of military power, it is in the lack of will, based upon clear understanding of the difference between right and wrong and of treason committed by its so called "elites", who still think that they will seat out what is unfolding on the Continent in their gated communities. They will not. Even they, those "elites", will be culturally "enriched" by means of robbery, rape and murder. As Eduard Limonov succinctly observed  couple of days ago:

Get Ready For Pogroms, Stupid Germans

And these will not be Germans who will be doing those pogroms, they are the ones who will be on the receiving end. Hell, they already are. Refresh your notes on multi-cultural "enrichment" before being raped, or murdered in the name of "European values". After all, what's not to "admire" in those "values": 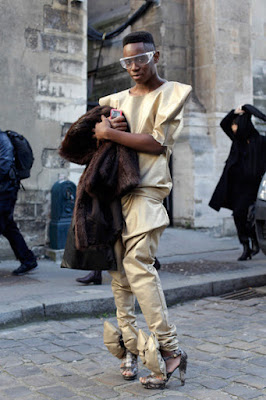 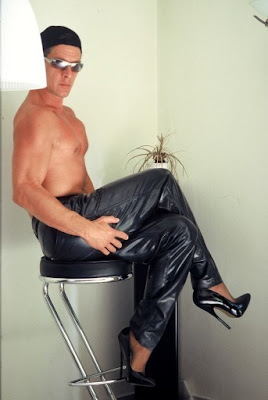 That is where the European culture "landed".

Hey, Germany, are you still there? Are you still alive? I want to believe so. At least people of Dusseldorf are:

I hope to be wrong, but what is unfolding in Europe is just the start, it will get worse--much, much worse.

The madness continues.
Posted by smoothiex12 at 9:06 AM