Color Me Surprised, Not.

Oh, please! As if primarily Western economic "science" and banking establishment are not utterly corrupt. The whole thing is the institutionalized BS for the consumption of yuppies with BS (or BA, whatever) in "economics" from Ivy League madrasas.

WASHINGTON (AFP) - Nobel Prize-winning economist Paul Romer said the current head of the International Monetary Fund, in her previous senior role at the World Bank, engineered a "whitewash" of his concerns surrounding the bank's flagship report. In an interview with AFP on Thursday (Sept 16), Dr Romer said there was a "lack of integrity" among the World Bank leadership, including then chief executive Kristalina Georgieva. Earlier in the day, the World Bank announced it was immediately discontinuing its Doing Business report after an independent investigation commissioned by its board found irregularities in the 2018 and 2020 editions and concluded that Ms Georgieva pressed staff for alterations to avoid angering China.

There is absolutely nothing, zilch, nada unexpected about this whole thing. The report continues:

But "I had some suspicions that things like this might be going on". Dr Romer resigned from his post as chief economist in January 2018 after he went public with his concerns about how the bank made "arbitrary" alterations to the methodology that drastically changed rankings for some countries, notably Chile. He said the changes lowered the rankings under Chile's socialist leader Michelle Bachelet, but raised them under her more conservative successor President Sebastian Pinera.

Well, duh! Just to demonstrate what a contrived piece of shit Western economic "science" is, here is an example--the mental excrement from yuppies from Harvard, their "laboratory" where those ignoramuses analyze, strategize, conceptualize and drinkalize their lattes. Behold, rankings of "economic complexity" concocted by "economists" from the US "leading" university: 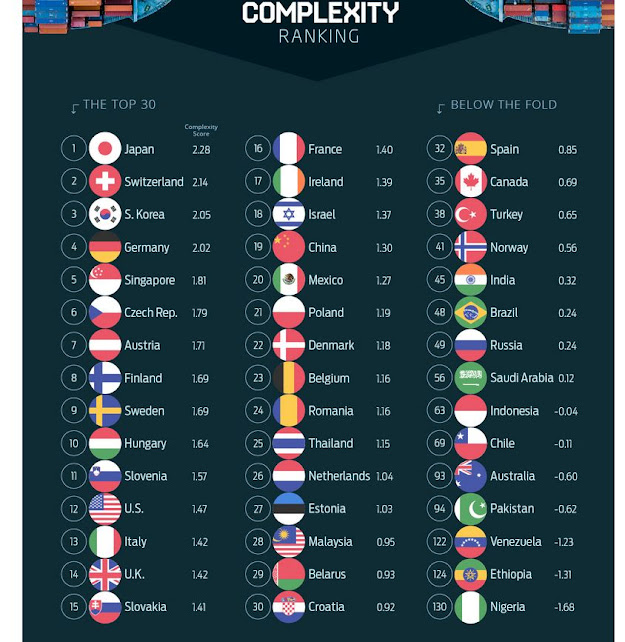 You may ask what is in common between this and World Bank ratings? The answer is everything--this is West's school of economic (lack of)thought which has zero relation to any reality. If China's or Chile's "ratings" of ease of doing business could be altered (which most likely they have been), then why should anyone be surprised that a genuinely lovely nation of Slovenia, whose population is about the size of one of the smaller Moscow' boroughs, and whose primarily agricultural and tourist economy is the size of one of the smaller St.Petersburg's industrial districts some of which produce, as an example 10% of world's power turbines, can have economic complexity of the nation which produces literally everything ranked higher by 38 positions? Don't believe me? Here is good ol' CIA, not that one has to believe them anyway, judging by the "level" of their analysts it is no surprise that the US finds itself where it finds itself today. Still, for the lack of better options, here is CIA.

Yes, the country which produces spaceships, nuclear ice-breakers and pretty much everything else has "economic complexity" less complex than that of Slovenia (again, nothing personal against this fine and lovely country), or lovely (sincerely) Slovakia. Remarkably, these cretins from Harvard placed even the United States, in terms of complexity, below Slovenia. Yes, these agonizing and deindustrializng United States of America which still produce a lot of complex machinery, commercial aircraft (some of them outstanding), electronics and cars. Yes, these United States, and yet the US still fails to beat Slovenia in terms of economic complexity. Moreover, lest we forget--IMF, World Bank, Harvard, CIA, America's think-tankdom et all are ALL American organizations, founded and funded by the US and it is on America's dime that these "reputable" (among yuppies) organizations, decade after decade, produce statistics and "analysis" which has to be studied by psychiatrists as acute cases of clinical delusion. It is this delusion which is behind America's precipitous (in historic terms) decline.

But in the end, the rule is as old as humanity itself: the one who dines and wines the girl, this one also dances this girl. Simple as that. Pay me enough money and I can prove with numbers that the United States won in Vietnam. In fact, such school of thought does exist and prospers. There is school of thought which states that Wehrmacht actually defeated the Red Army in WW II. These are mental constructs which are very close, in fact adjacent to the Western economic "science" and "scientists" who wouldn't know the difference between steal and steel, and can barely know shit from shinola. I would suggest the introduction of a new category for such a useless BS Nobel Prize, such as in literature and economics--the most useless economic index of them all. And, indeed, why not write some Ph.D thesis on correlation between Walmart shoppers weirdness and credit rating of Spain. Introducing this very weirdness index. I am sure you can measure it. 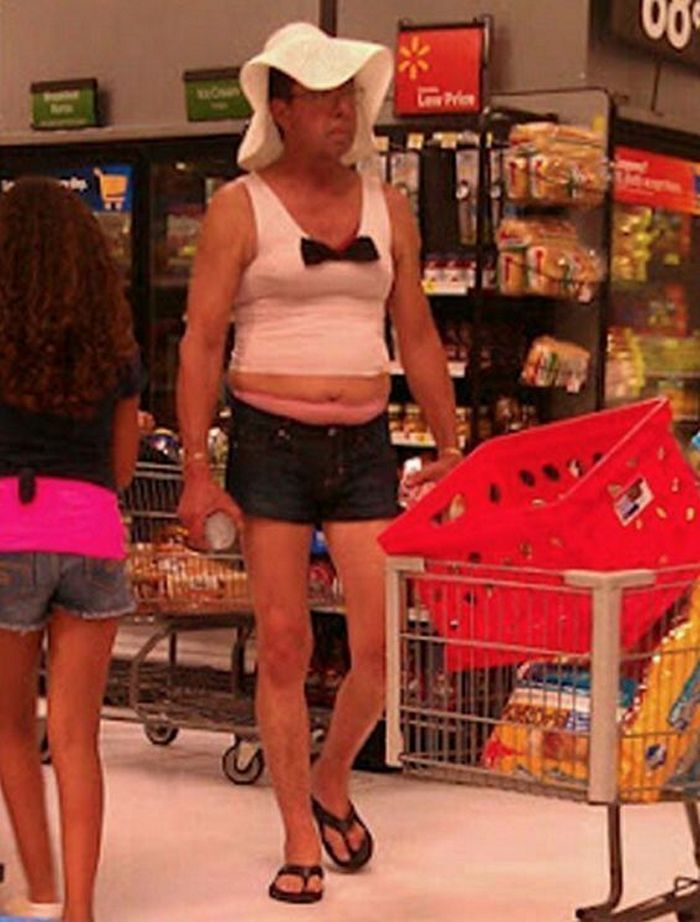 I am absolutely positive, there is a pattern and with some effort this whole thing can be tied into a tidy theory which, with a creative use of statistics, game theory and differential equations, can produce a valuable addition to a host of other discredited, useless and down right imbecilic economic theories which do not work and never did. Hey, Harvard, or World Bank, send the royalties from Nobel Prize in economics for my wonderful idea to my address: Solar System, Mars, 2.71 Bonneville Crater Pl., 314159, Martyanov Andrei. I need to go, I have a phone call with the US President Hillary Clinton, I have some ideas on sociology and statistics too, but about this later.
smoothiex12 at 9:44 PM
Share