Just Yesterday I Posted About It.

Bang, today--another iteration by Tucker and Glenn Greewald of this simple idea, which so much has been written and talked about, especially by Michael Hudson, that "financial capitalism" and system it produces is basically a BS which not only does not produce anything but metastasizes into political instability both internally and abroad.

The only thing I disagree with is this "Silicon Valley" products, much of them being as virtual as any "financial engineering". Enough to take a look at this news.

SEOUL (Reuters) - Samsung Electronics on Thursday commented for the first time on Intel's decision to outsource more of its chipmaking, but declined to talk about any possible partnership with one its key rivals. Intel, one of the few remaining firms that both designs and makes its own chips, said last week it would lean more heavily on outside factories, or foundry manufacturers, and could even licence technology from outside firms.

It is clear the United States is being demolished as an industrial country and, if to follow a rather convincing, albeit not perfect, theory that the United States is merely a vehicle for global finance then it inevitably leads us to a conclusion that the life of the United States as a useful economic vehicle is over and the demolition is in progress. This view, certainly, has its merits. I am sitting here with a bucket of pop-corn waiting to see the sequence of the largest cognitive dissonances in the camp of fanatic libertarians and laissez-faire enthusiasts, primarily from GOP--I do not count Democratic Party as sane political organization--who will have to now try to defend a real economy's demolition by the ideology which is in the foundation of their MO--making money, anyway they can. Again, let's recall that day in 2000. 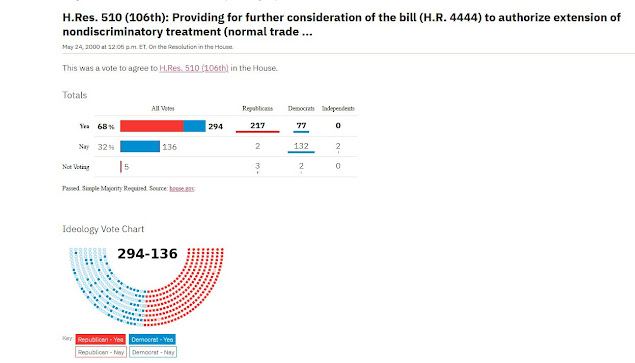 This is the start of the US industry being shipped in earnest to China. Do you see those red colors enthusiastically voting "Yea", in fact, they voted it with "fuck, yes". Those are all GOPers, and while outsourcing chipmaking is not China-related, it makes little difference for average Joe or Jane since, in the long run, they are screwed all the same. Right, the idea was: let's remove all those industries elsewhere, while we, in America, will strategize, conceptualize, interface and prioritize(c).
In other words, do nothing but steal. I know it is almost unfair to use Russia as an example but here is how real economy looks like. This is a gigantic shipyard being built in Murmansk Region by energy giant NOVATEK. The shipyard will produce floating natural gas liquification plants, aka GBS LNG platforms. The scale is massive. 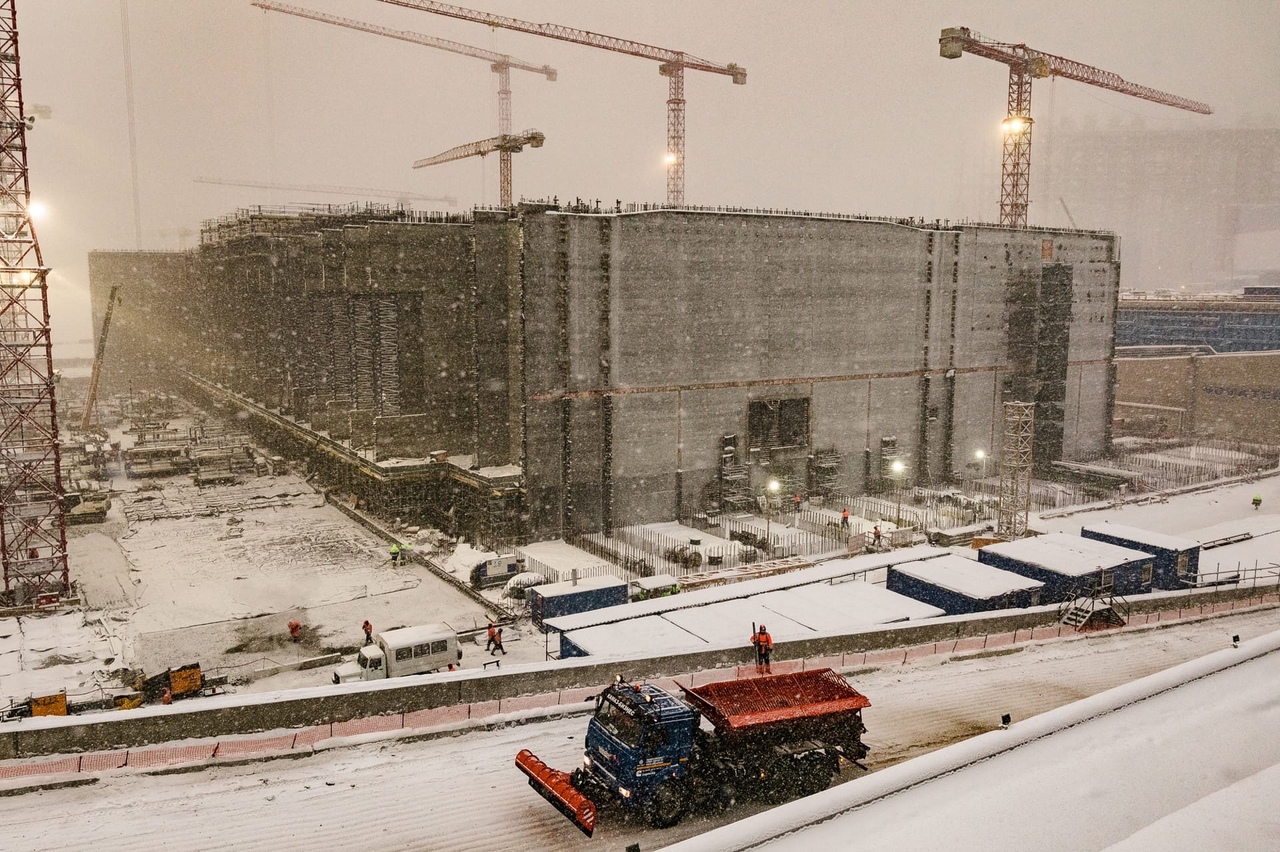 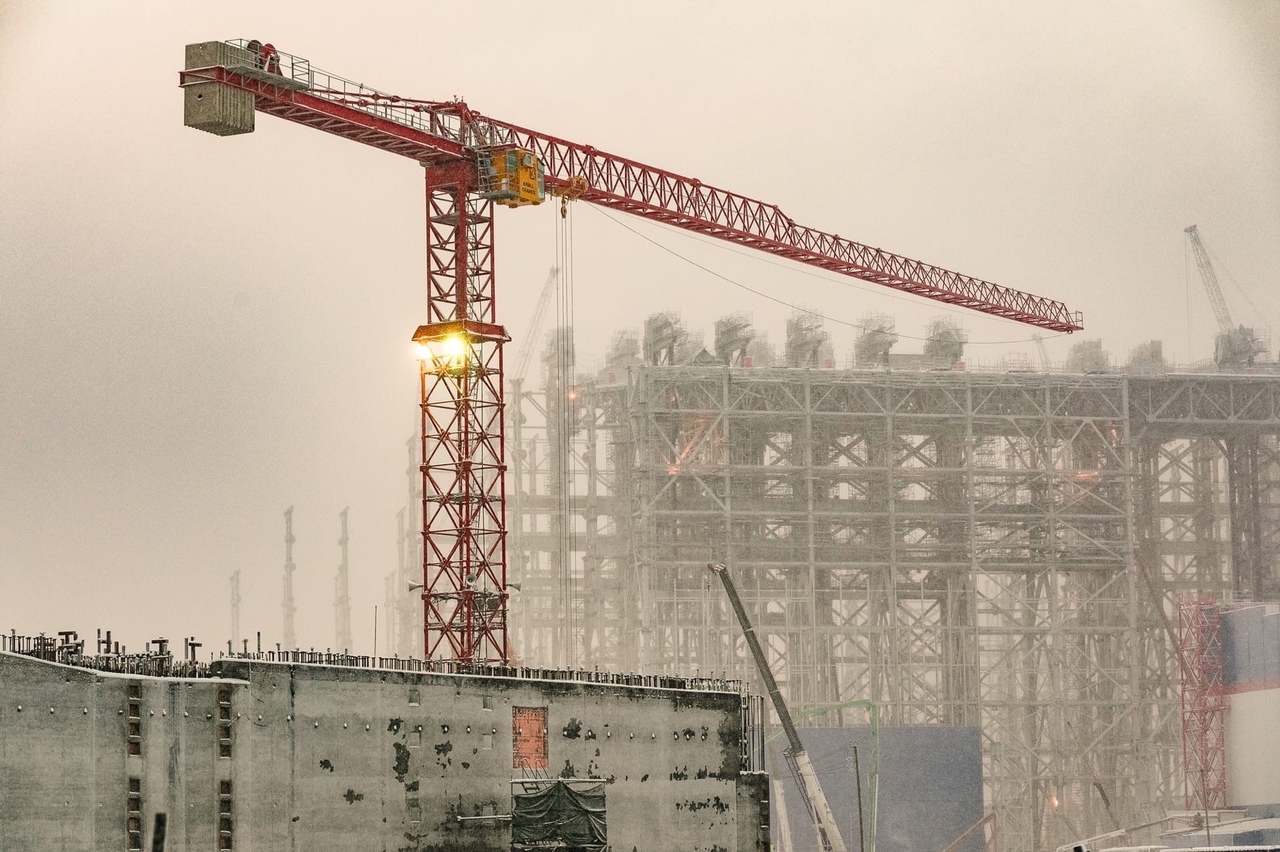 You can see the video (in Russian) here. 15,000 people are building this monster with a dry dock of 415 meters. Considering that the whole thing is also needed for "other" projects which may or may not be of pure LNG nature (wink, wink). Having said all that, here is another picture which gives the impression of an immense scale of the construction. 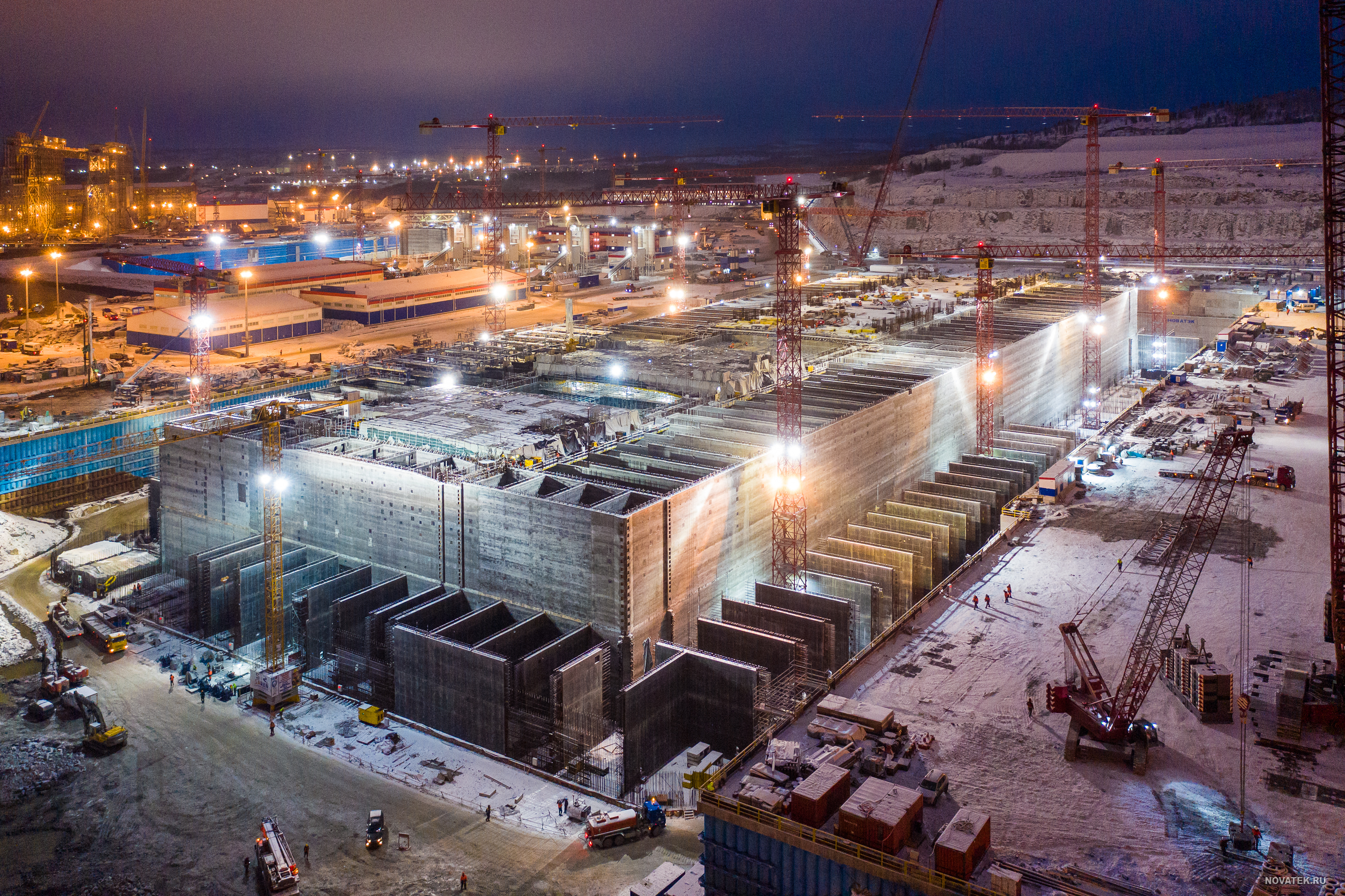 So, Russia taking the third place in global shipbuilding is not just inevitable but merely a matter of a relatively short time. This also is a cushion, of sorts, if Europe succumbs to US pressure and rejects Nord Stream-2, Russia's LNG will still be much cheaper than any alternative. Rostislav Ishenko recently stated that NS-2 for Russia is now primarily a political matter, rather than economic one, because Russia will do just fine without NS-2, which I happen to agree with, but she shouldn't give up on it for geopolitical reasons. Maybe, but in the end, Russia is not responsible for Europe and if the US manages to shut down NS-2, let Europe live with the consequences. European intransigence is Europe's problem, Russia's future in any case is NOT with Europe in general. But as they say, we'll see about NS-2. Maybe Germany will find a spine at some point of time. If not, to hell with them all in EU. But this was my position for years now, for all my OK awareness of the geopolitical factor, but at some point of time one has to consider pure economic sense.
smoothiex12 at 9:27 PM
Share