In what country the Commander of the Air Force has the name of.... Sergei DRONov. This is really ominous when the guy in charge of the only air force which can destroy pretty much anything globally has a second name like this. 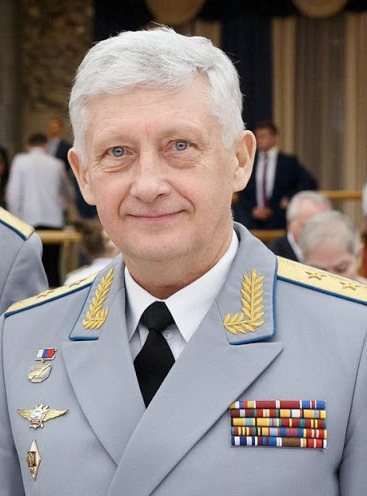 Yes, his second name is Dronov--what kind of mindfuckery is that. He was born in 1962 and that tells you that Soviets were contemplating drones already then. Now, that this guy runs Russian combat aviation, one shouldn't be surprised with the fact that one of TU-95s yesterday controlled a Dronov...ahem, I mean a drone. Then this thing flies as an interceptor and dog-fighter, not just a sidekick for SU-57.
What kind of sick routine do Russians run? Can you imagine a reaction in Pentagon and CIA when in 2019 they learned that Russia's Air Force commander's second name is Dronov. What's next? Russian Navy's new commander with a second name of Bigmotherfuckingcarrierov, or Strategic Missile Forces Commander Onefuckingdeadlymissilov? You know, Russians, you can never trust them, just be on the lookout for their second names. After all, Putin means Path in Russian and who knows where this path will take those damn Russians;)))
smoothiex12 at 4:22 PM
Share