I was in communication with Paul Craig Roberts all morning on the matter which I will describe below. I already had to pay attention to Southfront three weeks ago, after whoever Southfront are behind the wall of HTML code, produced a "masterpiece" of strategy which required from me some clarifications. You know, like explanation of basic geography and ranges of Intermediate Ballistic Missiles (not that they will be needed, but still) in relation to Russia being "far" (about 80 kilometers) from the US, remember? 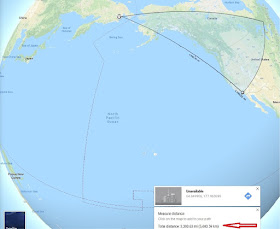 That is a small intro to the "competence" of people who are writing  for Southfront. Then, of course, out of curiosity, I read SF's "analysis" on Russian submarines, which turned out to be a collection of memes and myths propagated in Russia by some, literally, mentally unstable people, and I would have left it alone if not SF's latest piece by some Vladimir K on current Russia's slide towards her end. So, here is my strictly personal opinion on this piece of "analysis". It is written by:

1. Utter amateur;
2. Sectarian from either Navalny or Girkin (aka Strelkov) totalitarian sects;
3. Combination of two above, which is even worse.

This is not to say that Russia doesn't have problems, she sure does. Some of those problems are serious and require long term solutions. But let's start with small detail SF decides to obscure for its readers, here is a quote from transcript of SF video based on this alarmist and defeatist piece:

According to VCIOM, a state pollster, in January 2019, Putin’s confidence rating was only 32.8%. This is 24% less than in January 2018 when it was 57.2%. At the same time, the confidence rating of Prime Minister Dmitry Medvedev was 7.8%. The approval rating of his cabinet is 37.7% while the disapproval rating is 38.7%. Opposition sources show data, which is far worse for the current Russian leadership.

1. Well, it is all fine and dandy, and the picture looks rather grim, that is until one gets to actual poll as is reported by reputable Ria.Ru (in Russian). Once one begins to look at numbers the picture becomes rather very different. For starters, the so called "confidence rating" in Putin is slightly differently formulated in Russia and sounds as Наибольшим доверием, that is Most Trust. Well, 32.6% of Russians have MOST trust in Putin. How many of them have simply trust or trust Putin somewhat remains up for a debate, but actually, the number which matters is good ol' Approval Rating which for Putin is....drum roll...62.2%, with 28.8% disapproving. So, when we divide 62.2 by 28.8 we get 2.16 times more people approving than those disapproving. Why SF "forgot" these numbers remains a complete mystery to me, because although lower than usual, 62.2% is a robust, in fact vast majority, approval rating for a President, even if one considers a number of painful (granted debatable) economic decisions which were made in 2018.

2. I will omit the "analysis" which invokes for some reason long terminated from their positions some stupid bureaucrats, such as Glatzkih. No serious analyst would ever invoke the fact of the run of the mill stupid low level bureaucrat being stupid, and, actually fired because of that as a sign of a crisis, while in reality it was public outcry and media reporting it properly which worked that well in getting those morons to answer. I guess, far from crisis, this is a good testimony to emerging Russian civic society which has a good grasp now of own interests and has a developed sense of honor and self-worth. Ahh, you see--glass half-empty, half-full dichotomy. But let me just point out, I will omit today elaboration on that issue, the main sign of numbers 1, 2 and 3 listed above, testifying to a complete lack of not only strategic awareness but of self-awareness of those who concocted such an emotional proclamation, or manifesto, and tried to sell it as an "analysis", which it is certainly not. Here, I quote:

The 2014 events in Crimea showed to the Russian population that its state is ready to defend the interests of the nation and those who describe themselves as Russians even by force of arms. This was the first case when this approach was openly employed in the recent history of Russia. Therefore, the population was enthusiastic and national pride was on the rise. However, the Kremlin failed to exploit these gained opportunities and did not use them to strengthen the Russian state. In fact, up to February 2019, the policy towards eastern Ukraine has been inconsistent. At the same time, Moscow continues to lose its influence in post-Soviet states. This can be observed in both the Caucasus and Central Asia. Even, their close ally, Belarus, occasionally demonstrates unfriendly behavior and focuses its own efforts on the exploitation of economic preferences granted by Russia.

3. It is an utter BS which could only have been written by people who have no clue on real military operations and how the national security of such power as Russia is formulated. I elaborated on a number of occasions that if not perfect, Moscow's handling of Ukraine was, while initially fully situationally-driven, was well-thought out the more the crisis continued. In this case I would suggest to read real professional and, in fact, superb current thinker, Rostislav Ishenko who knows the subject extremely well and thinks as a statesman must think, not some incognito amateur frustrated by things not going his way.

I have suggestion for people, whoever they are, who write all kinds of "analysis" of this nature for ever increasing number of "analytical" outlets such as SF--I will quote myself from my discussion with Paul Craig Roberts 6 months ago:

And here is my conclusion: being former military I give a full recognition to the fact that I am merely a writer who, as well as Bagdasarov, or any other “analyst” have no any access to a daily top secret briefings by Chief of General Staff and Russia’s intelligence to Vladimir Putin. Patriotism or, even, some residual professionalism is not a substitution to having a full situational awareness provided to Supreme Commander by thousands upon thousands people who even risk their lives to provide a key information for making this one and only right decision to prevent the world from annihilation. Russia knows where the Unites States is today and, when looking back at the last 5 years in world’s history, I see Russia as that proverbial cat finishing off the chicken, while those who are supposed to use the force cannot do so and speak loud and carry no stick. This chicken is Pax Americana. Russia will continue to do what she does, because it works, and because she knows how to fight wars, she knows how to defend herself and because we all live in a different world today, the way Russia, not the US, sees it.

Starting with what is known as calibration of own views and giving cognizance to a simple fact that one is simply not on the decision making level in Russia as President and Security Council--I am fully aware of that in regards to myself--would be a good exercise in assessing reality before posting some frustrated incoherent blabbering as some "analysis" as SF "provided" for the consumption of a PutinVseSlil crowd.

P.S. I am not going to comment to SF "analysis" directly pulled from fantasies of one imbecile, who I know, on Russian subs, because it is difficult to comment on a pile of BS.


Russian President Vladimir Putin’s approval rating has risen to 64.8 percent – the highest so far in 2019 – after his annual address to the Russian parliament.
smoothiex12 at 11:26 AM
Share