I am stunned, I am furious, lost for words. This is Kathryn Steinle--a beautiful, full of life, 32 years old girl who had a whole life to live. That is until she was killed by some illegal alien criminal. 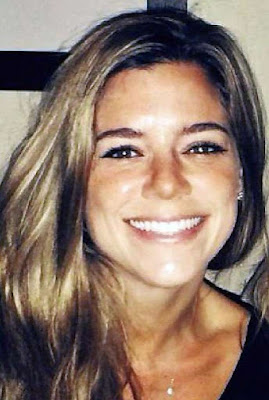 I never liked San Francisco for a whole host of reasons ever since I visited it first time in 1992. Today I can say with conviction--this city, as well as many parts of South California, has nothing in common with America I know and love. I deplore this perverted city. Colonel Pat Lang pondered recently California abandoning the Union. I offered my opinion on that:

As Long as Northern Cali. from Redding up to Oregon's border remains, in my very humble opinion, that should be fine. Mount Shasta and its surroundings are gorgeous. The only real issue is, of course, San Diego's naval base. As far as the Southern California, especially its coast, is concerned--there is very little culturally American left in it. It increasingly becomes more bizarre with each passing year. Just a thought.


This atrocity in SF is just another proof of a complete degeneracy of American coastal so called "elites" in general, and of SF liberals being an exhibit A of moral depravity in anything they do. I don't think this moral abyss is reconcilable. The fate of a killer of Kate Steinle is a great testimony to this fact. Yet another life brought to the altar of the "liberal" dystopian dogma gone completely off rails.

P.S. Modern states start with their borders, no borders--no state, no nation.
smoothiex12 at 8:34 AM
Share